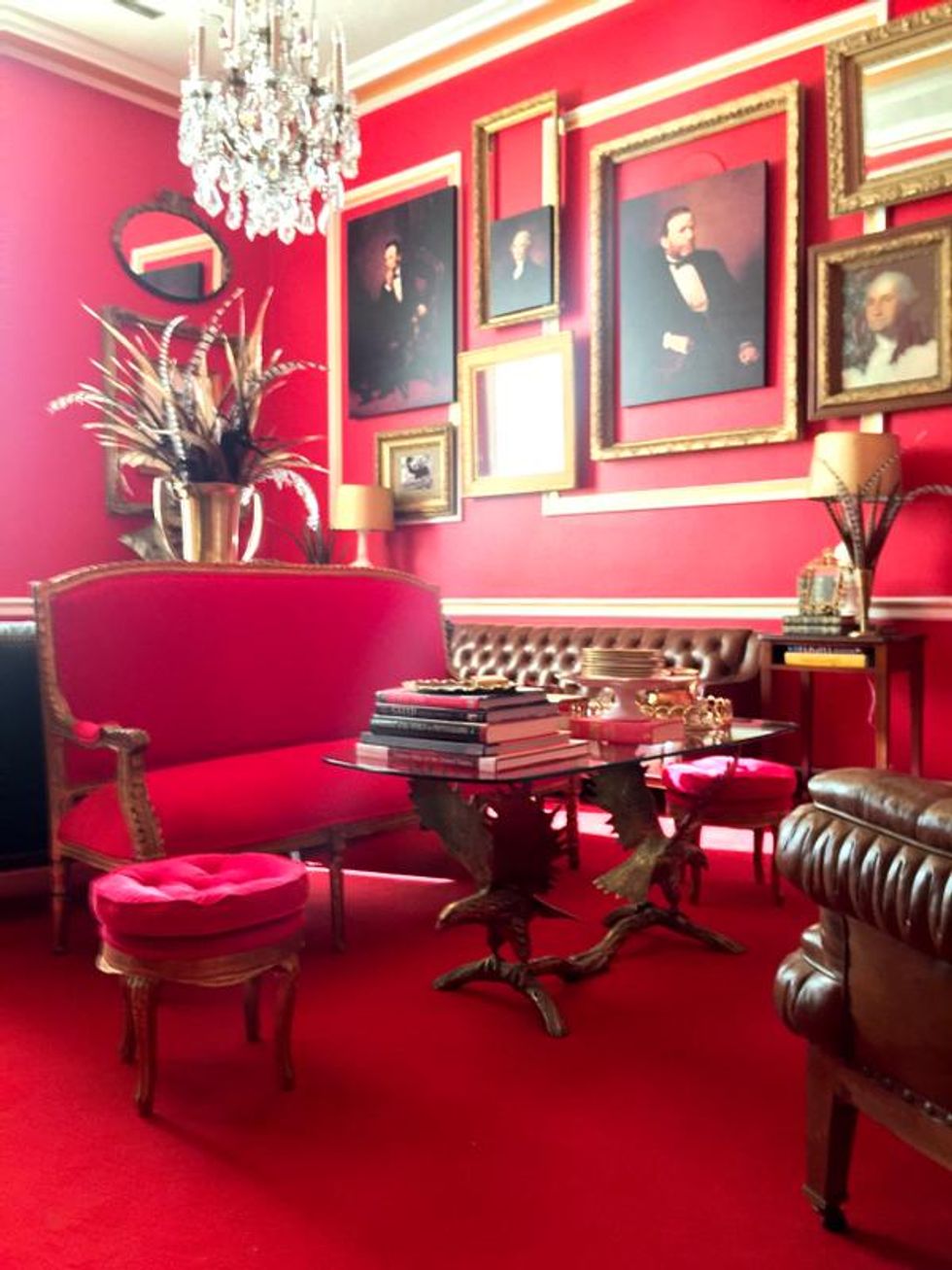 Oh, ho, ho, so you know how yesterday we were talking about that thing by the campfire, about how sexy wingnut Aaron Schock, who is not gay, got one of his favorite interior decorators to make him a fancy new non-gay office that looked like the red room in Downton Abbey, a show that he claims never to have seen?

Well, a New Development has occurred, because the interior decorator did that for free, and some liberals called Citizens for Responsibility and Ethics in Washington (CREW) have said, "no thanks, Jose, you are NOT supposed to take gifts like that when you are a sexy wingnut congressperson, or even a sexy regular congressperson, even if the paint colors she picked are truly fabulous," and they have gone and filed themselves an ethics complaint on the owner of Congress's sexy timiest Instagram account holder:

A story in the Washington Post revealed Rep. Schock recently redesigned his suite in the Rayburn House Office Building in an homage to the hit British period drama “Downton Abbey.” The redesign featured lavish accoutrements, including a crystal chandelier, a gold wall sconce, and arrangements of pheasant feathers. The redesign was provided by Anne Brahler, an interior decorator from Illinois, and her firm, Euro Trash. A member of Rep. Schock’s staff told the Post Ms. Brahler “offered her services for free.” Ms. Brahler also redesigned Rep. Schock’s previous congressional office.

Ha ha ha, maybe if he would stop looking at his perfect body in the mirror for five seconds and read THE RULES, he would know that he is in direct violation of Congress's longstanding NO FREE SCONCES policy. Also maybe he should be spending more time in his office in the first place, instead of at the gym with Paul Ryan, since apparently he hadn't even seen the damn office before yesterday. What, did the interior decorator lady sneak in over the weekend and give him the free Downton Abbey makeover of his dreams as a surprise?

As CREW's press release continues, they double down on the snarky malarkey:

Rep. Schock, a two-time Dishonorable Mention on CREW’s Most Corrupt Members of Congress, has frequently run afoul of campaign finance laws in the past. He improperly spent campaign funds on P90X workout DVDs and a stay at a five-star luxury hotel in Athens, Greece unrelated to campaign or official travel. He also violated federal law in 2012 by soliciting a $25,000 donation to a super PAC from former House Majority Leader Eric Cantor (R-VA).

“Rep. Schock may wish he could escape to an earlier era, but the Office of Congressional Ethics needs to ensure he doesn’t outrun the rules of this one,” Ms. Weismann continued.

In other words, stop spending your campaign munnies showing your perfectly sculpted fanny to WHOEVER YOU WERE GOING TO SEE IN GREECE, WE CAN'T IMAGINE BUT IT DEFINITELY WASN'T A GUY.

This may explain, however, why Schock's staff was so antsy in the pantsy about reporters showing up and taking pictures of the place. This time, they weren't simply deflecting yet another gay rumor, but also maybe they wanted to keep this whole "secret illegal British period drama presents" thing under wraps, we dunno, put some more hawt pictures on Instagram, Congressboy.