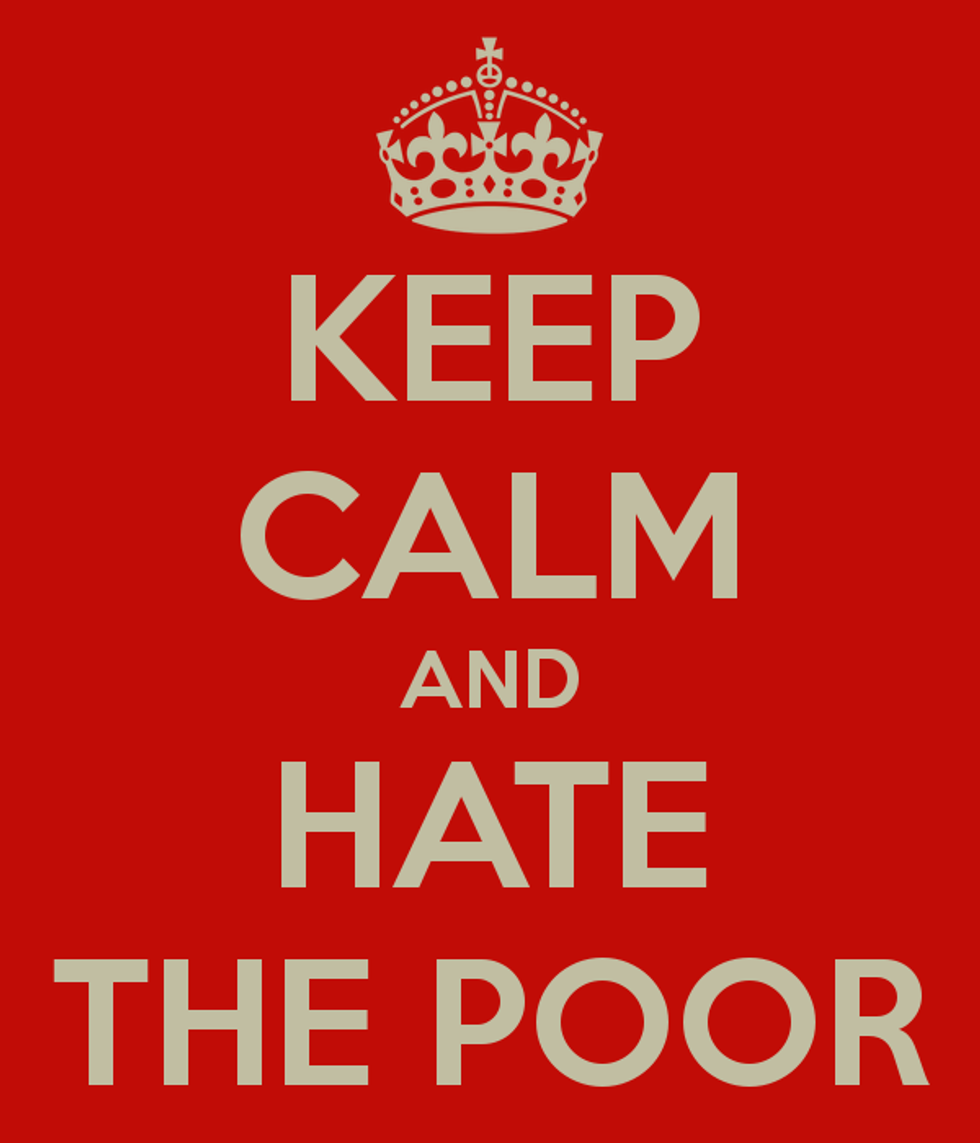 In today's episode of FUCK THE POORS, Lexington, South Carolina, finds itself sued by the ACLU for running debtors prisons. HOORAY! Because the Bible Belt would rather return to a Dickensian Hellscape than collect taxes. Quick, someone go tell them that Jonathan Swift was kidding before the legislature starts debating it!

The lead plaintiff in Brown v. Lexington County, Twanda Brown, was a single mother, working at Burger King, supporting five children with the help of Medicaid and Section 8 housing assistance. In March 2016 she received a ticket for driving without a license, her second offense. When Brown appeared in court the next month, the magistrate never told her she was legally entitled to request a public defender.

The Fourteenth Amendment bars jailing someone for failing to pay a fine without assessing her ability to pay. But not in Lexington, South Carolina!

PLUS, the county charges a 3% collection fee if the defendant doesn't pay in full the day of the trial. So, Ms. Brown was on the hook for $2,407.63 for a busted tail light and suspended license.

When Ms. Brown fell behind on payments, Judge Adams issued a bench warrant for her arrest, ordering her to pay $1,907 immediately or serve 90 days in jail. South Carolina law clearly states bench warrants are only to be used to get a defendant into court to answer charges, NOT to round people up and incarcerate them. But not in Lexington!

Brown was arrested in February and served 57 days in jail. For a suspended license and a busted tail light.

Here's the ACLU's roundup of all the ways South Carolina's system is completely fucking unconstitutional.

The Fourteenth Amendment prohibits the incarceration of a person for nonpayment of court fines, fees, costs, assessments, or restitution without first holding a court hearing on the individual’s ability to pay and the adequacy of readily available alternatives to incarceration and making a finding that nonpayment was willful.

The Sixth Amendment requires affording indigent defendants the assistance of court-appointed counsel when sanctioned with actual incarceration for nonpayment of a court-ordered legal financial obligation, when facing a sentence of incarceration suspended upon the payment of fines and fees, and when the incarceration term of a suspended incarceration sentence is enforced.

The Sixth Amendment also prohibits systemic deficiencies in the funding, staffing, and assignment of cases to public defenders that result in the denial of the right to counsel to indigent defendants.

The Fourth Amendment prohibits arresting people based on warrants that are unsupported by probable cause of a criminal offense or probation violation, as is the case when a warrant is based solely on a report that the defendant has failed to pay a court-ordered legal financial obligation.

But not in Lexington, South Carolina!

In Lexington, the County Council relies heavily on fines collected for low-level offenses.

And that doesn't take into account all the people who "paid their debt to society" by spending weeks in jail to wipe out a few hundred dollars of fines.

Lexington County is also frugal when it comes to public defenders, budgeting less than half of what comparably sized counties spend to defend poor people.

Godspeed, ACLU! Because you know Jeff Sessions' Justice Department is too busy worrying about where kids pee to bother with systemic violations of poor people's civil rights!

Wonkette is always here to provide you with that adrenaline shot of rage to put a little pep in your step after lunch! Don't forget to tip your server!