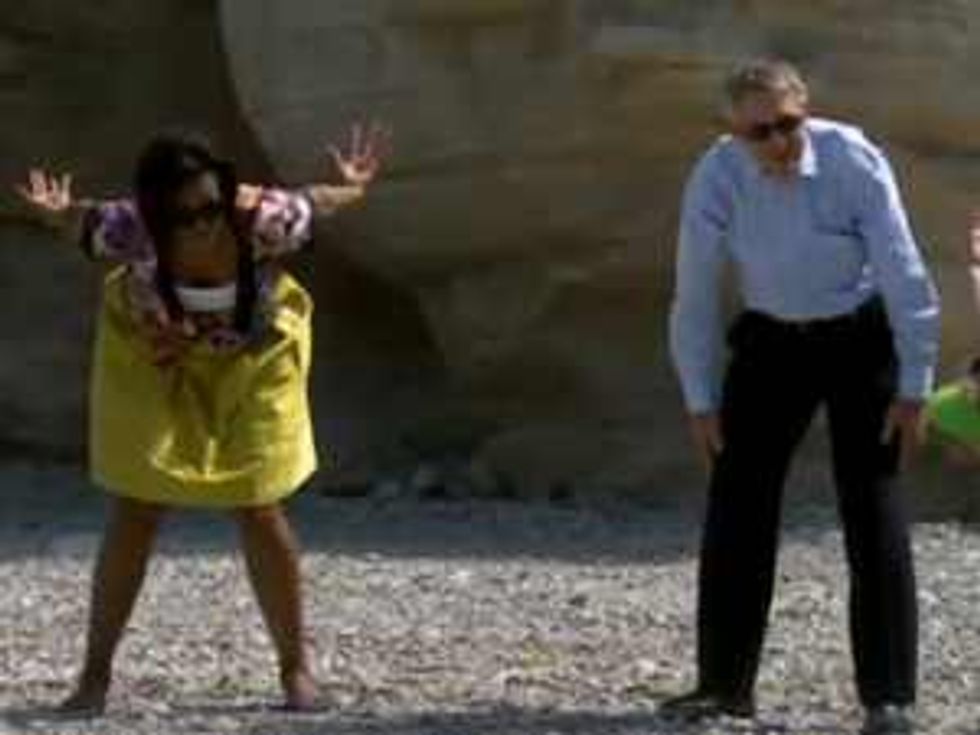 Sure, yoga may seem like a calming form of exercise to you, but you must have forgotten that everything in the world that was not created by Christians is inherently evil.According to American Family Association writer Marsha West, many American Christian women see nothing wrong with going to a yoga studio instead of laying on the couch watching teevee and eating potato chips intravenously (to avoid the exercise of chewing), as God intended. But these women have been corrupted by the Devil and his hellish stretches and can no longer be called Christian at all, for they are now officially members of EASTERN RELIGIONS, which will destroy America after they've infiltrated us with the yoga. "Sadly, Christians have become worldly." How awful.

Yoga is not "just exercising." Participants are being swept into a counterfeit religion. According to God's Word, pagan religions, such as Hinduism and Buddhism, are evil. The Bible clearly says that God's people are to have nothing to do with wicked customs.

Next thing you know, once-good American Christian women will have brown skin and "slanty eyes!" The horror!

But even evangelicals who aren't so crazy as to pray for the destruction of yoga studios can still be pretty crazy. An anti-yoga seminary president received letters:

When word got out he received a rash of emails from those who call themselves Christians, 90% of whom were women, telling him in no uncertain terms to put a sock in it. [...]

"From a "devoted Southern Baptist church member who resents your ignorance": I get much more out of yoga and meditation than I ever get out of a sermon in church. From "a Christian who goes to church every service": My favorite image I use in yoga is that of Jesus assuming a perfect yoga position in the garden of Gethsemane as he prays. And, to cap it all off: How do we know that the apostles and early Christian guys did not use yoga to commune with Jesus after he left?"

Ugh, women! You are the ones who need to put a sock into it! There was a reason Jesus didn't have female disciples: He knew they would quickly betray him for a fancy new yoga mat and God's Kingdom would be overrun by those dogs that do yoga.