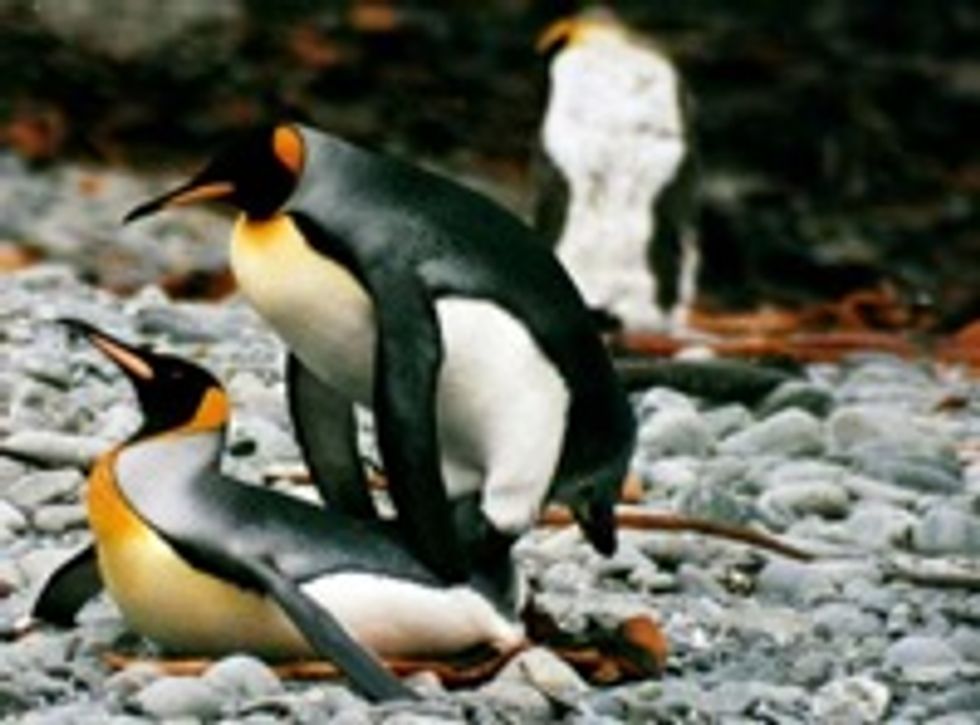 Glenn Beck and Ann Coulter have surprised people lately, by seeming to be pretty tolerant of the gays. But don't expect that tolerance to get past the Jesus fishes at the American Family Association! These teevee pundits have gone "AWOL in the culture war," going from "sexually normal" soldiers for Christendom to veritable illegally gay laissez-faire (the French word for "gay") soldiers, according to the AFA. "If Homocon is Elliott Spitzer, you are in danger of becoming the Ashley Dupre of the conservative movement," they say of Coulter. Somebody call Krauthammer! We've found a brilliant analogist! (Haha, "anal-ogist.")

Martin Luther once said that the central test on the battlefield is the soldier's response in the face of the most pointed attack of the enemy:

"If I profess, with the loudest voice and the clearest exposition, every portion of the truth of God except precisely that little point which the world and the devil are at that moment attacking, I am not confessing Christ, however boldly I may be professing Christianity."

BOOYAH, OTHER CENTURIES-OLD FIGURES! It's funny, though, AFA, that the followers of Martin Luther, the Lutherans, allow non-celibate gay pastors now. And also Martin Luther wrote a bunch of anti-Semitic stuff. But whatever, GOOD GUY TO QUOTE.

Let's be clear: the AFA has an obsession with rectums. "Marriages based entirely on using the alimentary canal for sexual purposes"? That is terrific. AFA, stop staring at the gays' asses! There is more to gay marriage, isn't there? Such as MURDERING OUR PRECIOUS INNOCENT CHILDREN?

Even Darwinian evolutionists know better than to believe there is something healthy about homosexual conduct. They know it cannot lead to the propagation of the species, which, after all, is what evolution is supposed to be all about.

Oh okay, so the gays are against evolution. That must be fun for you, AFA, having the gays as your creationist pals. Gays prove evolution isn't real!

You will be received with a standing ovation for pandering to a group that wants to put open homosexuals in the same showers and barracks with sexually normal soldiers (priority #4) and is fiercely opposed to any attempt to elevate protection for natural marriage to the Constitution (priority #7 - see here).

Oh no! Our normal soldiers are going to see those sexy gay butts and become obsessed with alimentary canals, just like the AFA is!

Bottom line: August 27 is the Rubicon for Glenn Beck, and September 25 for Ann Coulter.

Hey those people bought ads on your Wonkette a few weeks back! Should be a good show. [AFA]