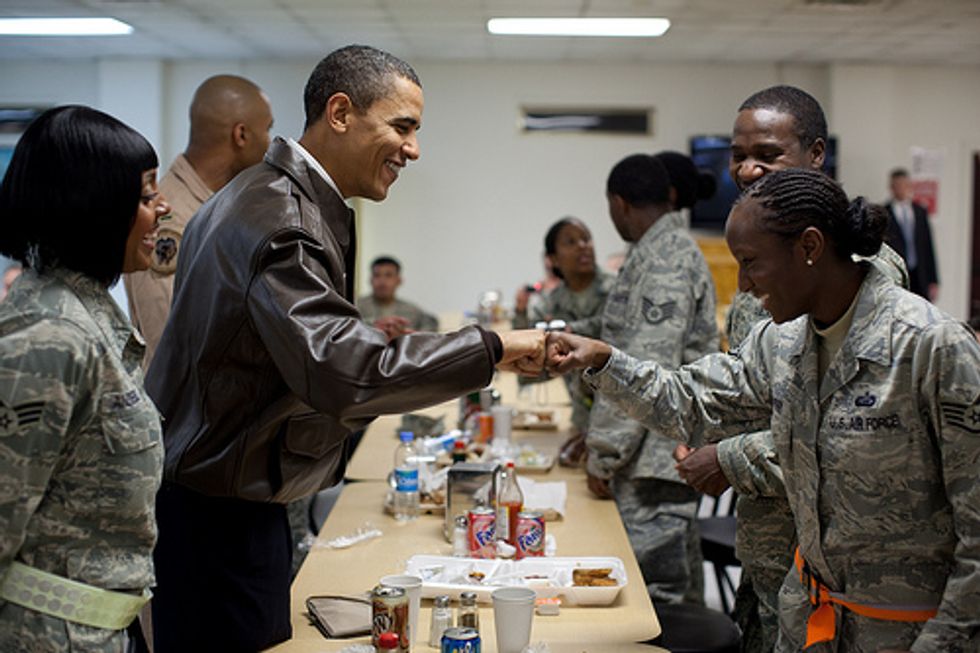 So, Afghanistan: That's going really well, huh? "Yes,"according to the Obama administration's Afghanistan report, which was released today. You can read it online, of course -- but if you simply do that, it won't make any sense, as this war is not going all that well. So you should read it out loud, at the top of your lungs, and thus drown out everyone making arguments against it. Once you do that, the report will make sense! The U.S. will start removing troops in July, because Afghanistan suddenly will have a great military that wants to kill off the Taliban, and Pakistan will selflessly assist them, if we just believe it. All we need is a little imagination!

The summary points to a handful of areas where the influx of American troops has had an impact. For instance, night raids by special forces operatives and increased security measures in local villages, the report said, have reduced overall Taliban influences in the Taliban heartland of Kandahar and Helmand provinces.

"In Two Provinces, When Taliban Influence Is Looked At On the Whole, It Is a Degree Less Than It Was Previously." Print that up on a banner and declare victory! That sounds great.

Even as Republicans urge the president not to withdraw troops on an arbitrary timeline, White House officials are already bracing for a fight next year with their Democratic base, where many anti-war Democrats have been calling for a more rapid withdrawal of American troops. Some Democrats in Congress say that they will soon begin resisting continuing to spent $100 billion annually on Afghanistan. [...]

But just how many soldiers will actually come home next July remains an open question; military officials have indicated that they want only a limited number, and even White House officials take pains to say that the withdrawal will be “conditions-based.”

So we will forever say how very nice and productive this war is, and in July, we will start bringing home the four or five Alvin Greenes we have deployed over there. These Alvin Greenes will be honored as heroes for basically ending the war -- seeing as four or five fewer people are there -- and will be given medals by the new president, Alvin Greene.

Actually, this may be the only way to do it. (Or we could just let the Taliban have their damn country, because they (or strongmen almost precisely like them) soon will have power anyway.) [NYT]