'After 8 years of a president sent by God to lead the American people and rescue us from the horrors of 911 and Islamo-fascists, it now boils down to this?' 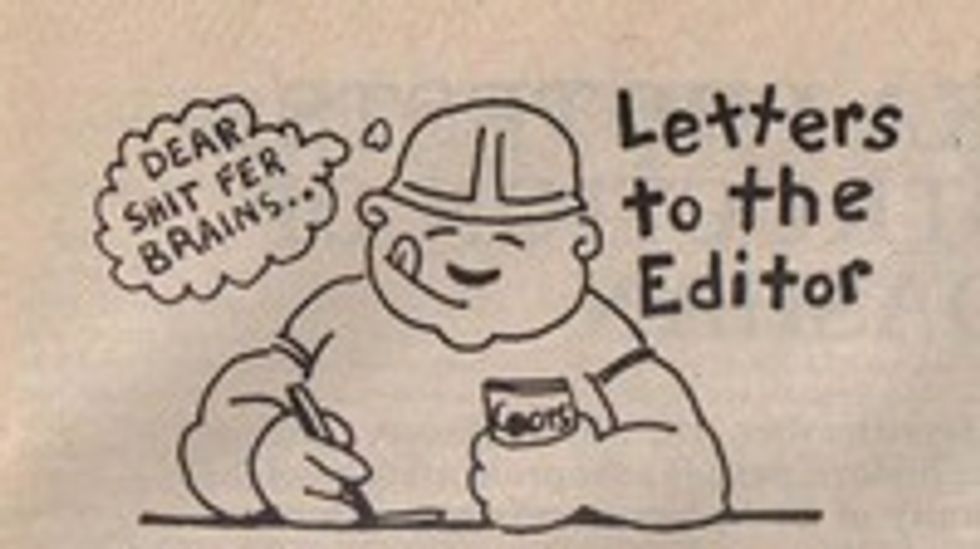 Yesterday your Wonkette took its turn to write about the "hot new Internet article,"this thing from Townhall, about how Michelle Obama's mother Marian Robinson has been practicing Satanic witchcraft -- or "witchcraft mumbo-jumbo," as Barack Obama calls it -- inside the White House. The author of this important piece of investigative blog journalism, however, was not pleased with your editor's dissection of the article. She has sent us an e-mail with complaints and makes a number of provocative political arguments.

I posted a very serious article recently in Townhall.com about witchcraft in the White House, and later realized that your website had made a farce out of it. I saw that your staff and readers made a lot of extremely cruel comments about me and my story. Why are you people so rude? Does anybody take anything seriously anymore?

Do you really, truly, seriously think it is OK for a president to use a forged birth certificate? Do you actually believe it is appropriate for a man who was raised a Muslim to pretend he is a Christian and go to a church for 20 years with an anti-American preacher? Do you really want a president who was brainwashed by communists since he was a child, up through university, to hate America to be our president? Do you think that it is fine if a family member of the president defiles the White House with voodoo? Don't you know what fate could befall our nation as a result of allowing Satanic forces to gather over the White House?

After 8 years of a president sent by God to lead the American people and rescue us from the horrors of 911 and Islamo-fascists, it now boils down to this? How incredibly tragic. You folks don't really seem to understand the extreme peril that our nation confronts. Stop making fun of me. Take off your blinders! Wake up!

We hear that Obama is black, too!