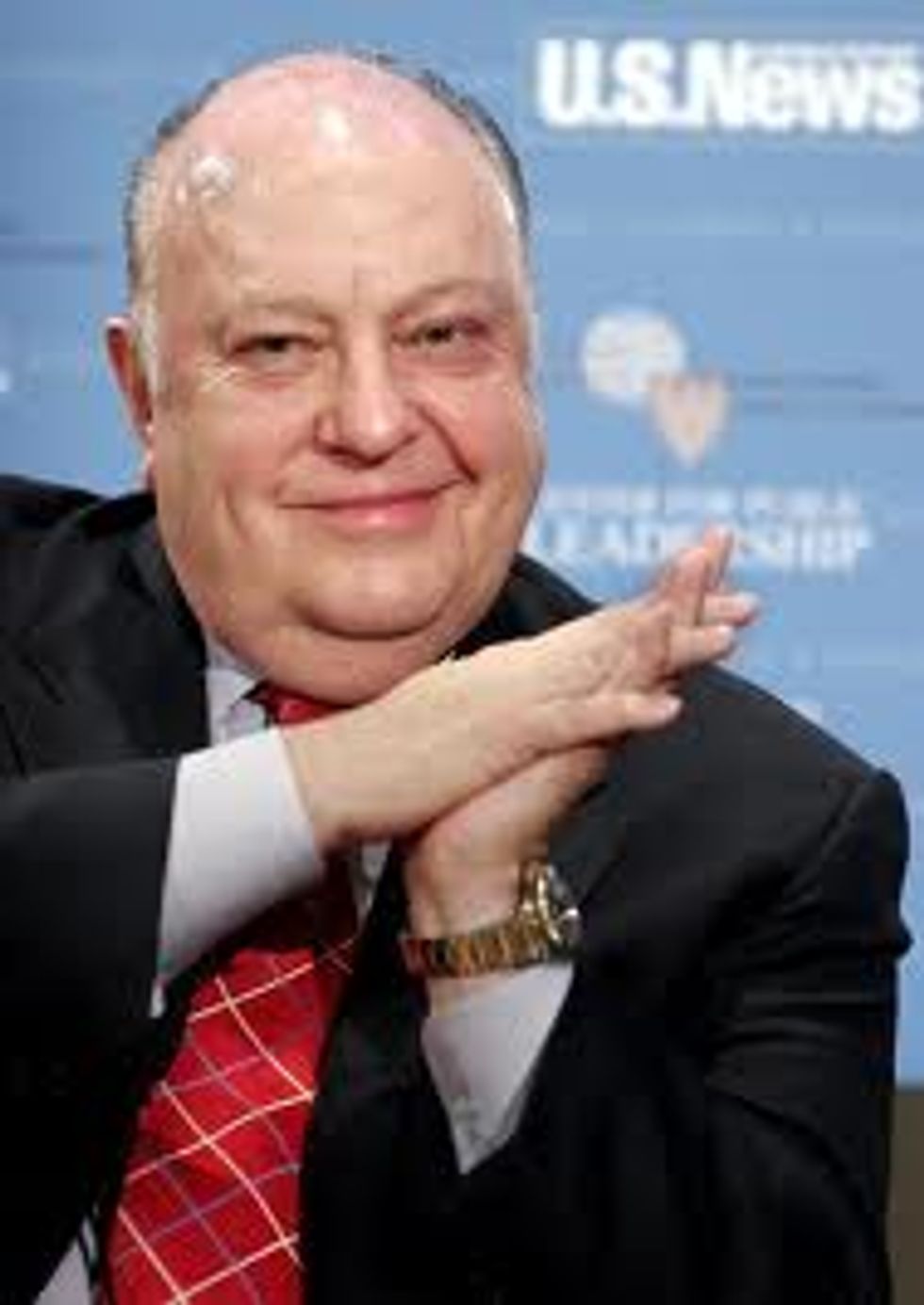 Sometimes, we like to lie around and wonder stuff. Like, "What is it like being human pile of mildewed old sandwiches Roger Ailes?" Is it fun? We bet it is fun. You can send people to the dungeon; you can order the cutting off of miscreants' hands. You get to hang out with Shep! It is probablyall good. But what happens if someone betrays you by leaking a tape of some peon (she's not an employee; they pay her less than $75 large, as if anyone could even survive on such "money"!) being a go-between for you and Greatest American Hero Gen. David Petraeus, telling him to run for president against the Kenyan Impostor, yo, and you'll be his campaign manager, and Murdoch will bankroll it, and the rest of the people at Fox will be "his in-house." Why, that almost sounds like Fox News would take a side in a political campaign. That can't be right.

And it is not right, according to Roger Ailes! Never happened! Oh, there is a tape? Okay, so it happened, but the lady was wrong! He did not (privately, with no one else in the room because he is "paranoid") send her to deliver messages to David Petraeus that if he ran against the Interloper they would bankroll it and run it and be his "in-house." Okay, so he did. But it was "a joke," and that lady -- Kathleen T. McFarland, "a Fox News national security analyst and former national security and Pentagon aide in three Republican administrations" -- is a idiot!

Ailes added, “It sounds like she thought she was on a secret mission in the Reagan administration. . . . She was way out of line. . . . It’s someone’s fantasy to make me a kingmaker. It’s not my job.” He said that McFarland was not an employee of Fox but a contributor paid less than $75,000 a year.

We will hold a moment for your sad cries of defeat.

Then Roger Ailes blew Petraeus a whole bunch, on his penis, with his droopy old mouth, and then Brett Baier stepped into the article to claim that Fox would never be against Obama's war just because it is Obama's war, why, that wouldn't be fair and balanced a'tall.

So what we are saying is the hot monkey sex between Roger Ailes and David Petraeus and Brett Baier and some loser chick who doesn't even make $75 thousand a year from them and is obviously crazy in her noggin is probably worse than anything Paula Broadwell could have come up with, the end.