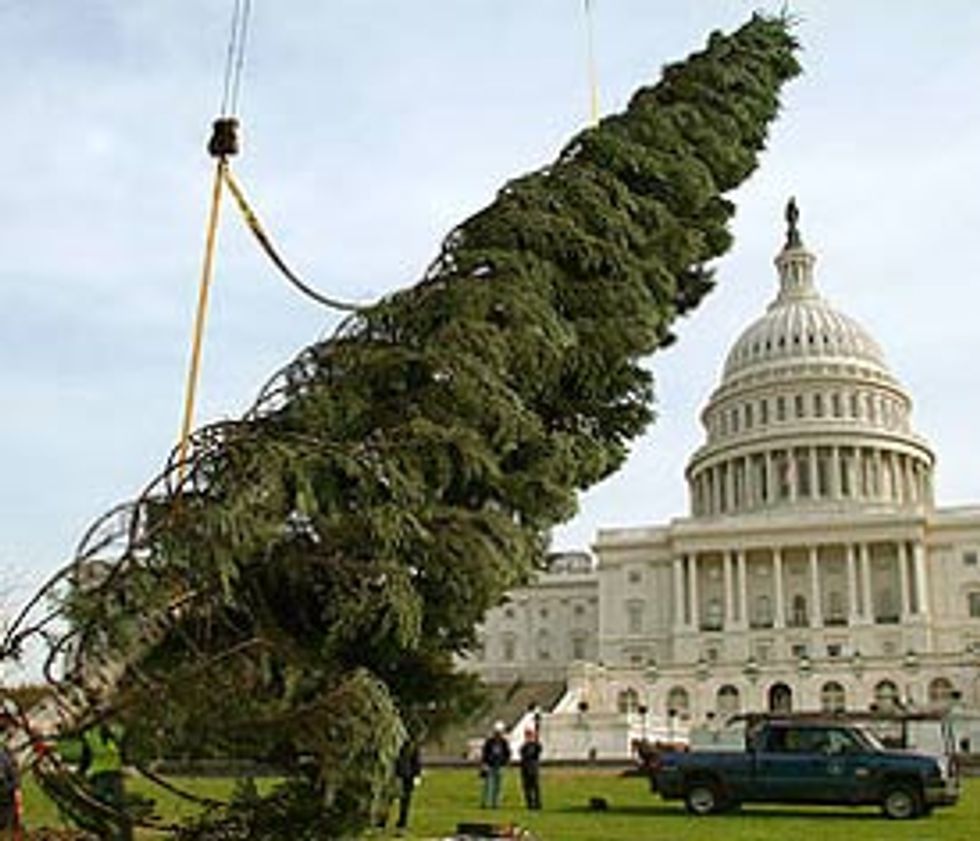 How do you trick 61 U.S. Senators into hanging out for a few hours without an eruption of bloodshed? You promise them a mystery holiday treat! It works on children, so why not? A very mischievous Al Franken snuck in a new "Secret Santa clause" to the Senate's bazillion page protocol in an effort to bring a late-breaking smidgen of friendly behavior to the fancier chamber of Congress before the end of Government for the year/forever, hooray! (Do not worry, though, Harry Reid and Mitch McConnell are still in the process of Ruining Everything with an acrimonious new deadlock over the payroll tax cut extension today.) So who got what (besides America, who gets nothing)??? Remember, kids, there's a ten-dollar limit!

The names of the givers were supposed to be CLASSIFIED, but luckily for all of us the reporters over at the WaPo style section have sussed out the dirty details instead of the standard "hard newz" approach of just quoting the press release:

And of course our two favorite old bitters, Ancient Harry Potter and Ancient Gay Sea Turtle, were too busy with their stooge slapfights to bother:

Neither Senate Majority Leader Harry Reid nor Minority Leader Mitch McConnell had joined in the merriment.

Oh, forget those guys. COME ON, AL, YOU'VE GOT 61 SENATORS THERE, MAKE THEM CONFIRM A JUDGE OR SOMETHING. [WaPo]