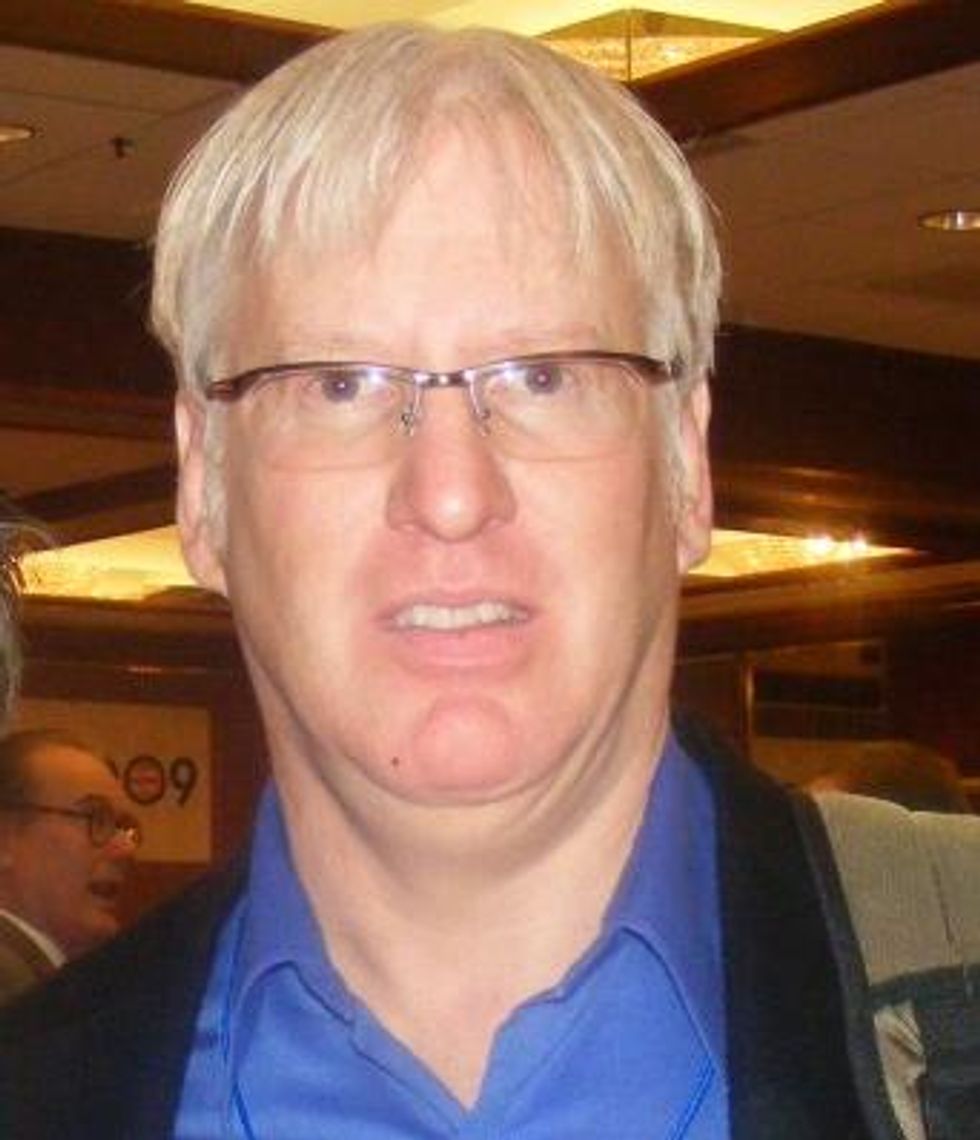 One day in the future, we will all sit around and tell our grandchildren where we were on December 13, 2013, the day that some wingnut bloggers realized was the anniversary of Al Gore’s 2008 prediction that the North Pole ice cap would be gone in five years. (Gore has consistently said the ice cap would be gone in "five to seven years," and "in as little as seven years." They did find one video where he said "in five years," and forgot to add "to seven" in the middle, so obviously Al Gore is a pathological liar.) But there is still ice at the North Pole so INPEACH!!!! and so forth. (Presumably we’ll be telling our grandchildren this story while huddled around a sun lamp deep within the abandoned salt mine we retreated to when global climate change made the planet’s surface an inhospitable hellscape with an atmosphere made up mostly of carbon dioxide and solar radiation.)

Okay, the computer models Al Gore was referencing were off (or not!), and since this story was brought to us by the Stupidest Man on the Internet (who we really hope will #payup before humanity retreats underground to be enslaved by the Mole People) we would have just ignored it. Then we opened our Internet browser and read this piece about the challenges rising sea levels attributed in part to melting polar ice caps pose to our semi-beloved hometown of Norfolk, Virginia. And we remembered that oh yeah, the Stupidest Man on the Internet is a wingnut grifter making his living selling derp and derp-related accessories to morons.

Depending on fossil fuel emissions, (scientists) project global sea level will rise about 1 foot to slightly more than 3 feet (or 39 inches) by 2100, according to this year's Fifth Assessment Report by the United Nations' Intergovernmental Panel on Climate Change. NOAA has projected sea level could rise higher, as much as 6½ feet, by century's end.

Here's why: As the Earth's temperature warms, so do the seas. Heat-trapping greenhouse gases cause more land ice (glaciers and ice sheets) to melt and water to expand. Warmer water simply takes up more room than cooler water. Scientists say global warming will be the primary cause of future sea-level rise. Their greatest uncertainty is how quickly the massive West Antarctic ice sheet will melt.

You would think that more ocean would be good for a city like Norfolk that has built its economic livelihood in part by sending ships back and forth along all the water that surrounds it. Not so! Because water runs downhill and Norfolk sits at sea level (and is sinking) all the rain that falls on it and ocean water that laps its shores has nowhere to go after a storm surge, so it just sits in the streets and yards and creeps into peoples’ houses. Now the city is faced with spending billions of dollars on infrastructure fixes, including raising streets and buildings several feet above the flood plain and building sea walls to hold back the rising water. And Norfolk is only one of quite a few American cities facing similar problems.

The problem in Norfolk also affects the military, since the city is home to the world’s largest naval base and the largest concentration of America’s naval forces. The Army Corps of Engineers recently finished a study concluding that the base’s infrastructure will not survive all the increased storms and flooding expected from climate change for the rest of this century. So either the federal government will have to pour billions into abatements at the base, or it will have to abandon it and move all the ships and personnel elsewhere. Which would be an economic death blow to the area. Think Flint or Detroit or any Rust Belt city when manufacturing jobs started going away.

One would think conservatives, if they care about nothing else, would at least care about the Navy, since they never met military spending they were happy to cut. But the whole issue is a little complicated, so instead we get HERP DERP AL GORE SAID THE POLAR ICE CAP WOULD MELT AND IT DIDN’T SO NO GLOBAL WARMING SUCK IT LIBERALS.

Obviously the entire problem could be solved if we would just repeal Obamacare.

Meanwhile The Stupidest Man on the Internet and the other flying monkeys who have been gloating because Al Gore forgot to add "to seven" in the middle of "five years" can kiss our skinny liberal ass. They will not be gloating when they are laboring for fourteen hours a day in the Mole Peoples’ salt mines.