Alabama Chief Justice Roy Moore Suspended For 'Bad At Law.' Here Is A Sexxx Song About Him! 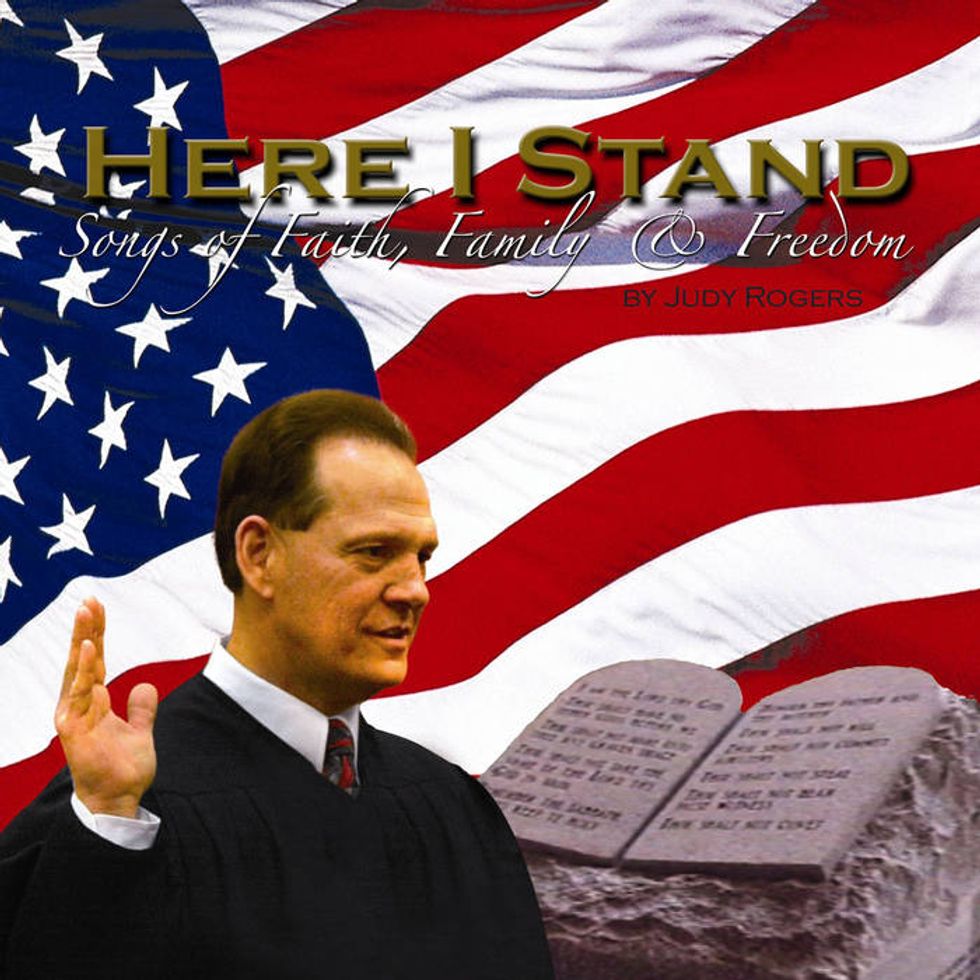 Hey everybody, did you hear the hilarious news late Friday afternoon, about how dickfart Alabama Chief Justice Roy Moore got suspended, just because he loves Jesus so much? HAHA just kidding, that did not happen. He got suspended because he was instructing probate judges to defy the Supreme Court's ruling on marriage equality, but isn't that the same thing as loving Jesus? That's what Roy Moore thinks, because he is an ideologue and a very dumb man:

On Friday, the Alabama Judicial Inquiry Commission forwarded charges to the commission, accusing the chief justice of violating judicial ethics in his opposition to same-sex marriage.

Despite a ruling by a federal judge in Mobile making same-sex marriage legal in Alabama last year, and in the face of a United States Supreme Court ruling last year making its legality the law of the land, Moore instructed probate judges throughout Alabama to ignore those higher courts and to refuse to issue licenses to same-sex couples.

[wonkbar]<a href="http://wonkette.com/601190/alabama-chief-justice-roy-moore-wishes-godless-gaywads-would-stop-pickin-on-him"></a>[/wonkbar]He's been in this particular pickle before, when he was removed in 2003 because he was just pretty sure he didn't have to listen to a federal court that told him to get his goddamned Ten Commandments monument out of the Alabama judicial building. Then he ran for governor and lost in 2006, and was re-elected to the state supreme court in 2012. He's too old to run for the supreme court in 2018, but he CAN run for governor again, and he probably will.

OK, so if you didn't know that happened, now you know. Let's get to the point of this post, which is that a crazy Christian singing lady called Judy Rogers has written a sexxx song for Roy Moore called "Here I Stand," which features the fucksquat judge speaking right in the middle of it, and it's about a bunch of fundamentalist Christian holy warrior victim complex bullshit, can you even believe that? Moore's wife Kayla posted it on her Facebook! Don't you want to hear it, so you can learn to stand up, stand up for Jesus the way Roy Moore does?

Did that convert you to Jesus and make you want to not be such a whore anymore?

OK, well maybe you just need to listen to more of Judy's songs, OH YES SHE HAS MORE.

Just kidding, the song that will REALLY get you going is this thing where a fetus sings at its mommy about PLEASE DON'T DO ABORTION TO ME. Here are some of the words to it:

I'm a little tiny person, so helpless, so small. And some would say I'm really not a person at all.

I'm growing stronger every single day, oh please don't take my life away. Well, I know you may not want me, you said it's not the time. Until I came along, your life was going just fine.

The fetus goes on to plead that mommy let it be born and gived up for adoption, awwwwww.

And finally, here is a song that seems to be some kind of starfucking unofficial soundtrack to Rush Limbaugh's shitty children's "history" books about how he is just like Paul Revere or something.

And that is officially the LAST GODDAMNED SECOND we are listening to things on this lady's Bandcamp page, but if she's your new favorite singer now, you are welcome to go over there and download all her stuff. You can download a lot of it for free, because Judy Rogers's oeuvre isn't some exclusive thing only streaming on Tidal, like that mean trollop lady Beyoncé does with her music.