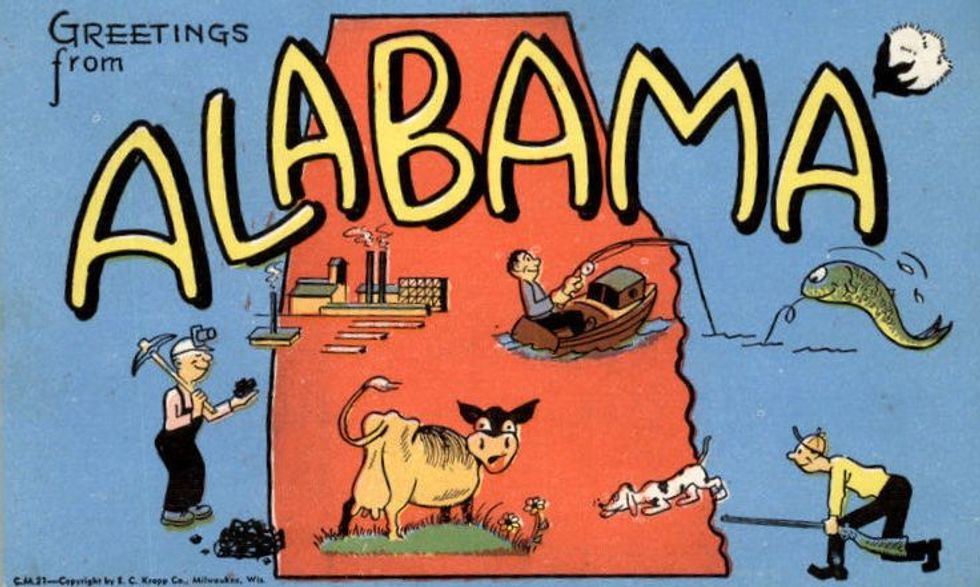 State legislators in Alabama have a dream. A beautiful dream to ban all the abortion in their state! For today they vote on whether or not to put a referendum on the state ballot which will allow voters to decide if life begins at conception or not. Because obviously they are totally qualified to do that!

State Representative Jack W. Williams, a co-sponsor of the bill, says it will effectively ban all abortion in the state, because now the fetuses will be persons and you can't abort a person because that would be MURDER. MURDERRRRRRR!

OH. Unless that person has been found guilty of a crime, in which case state Representative Jack W. Williams supports electrocuting them to death. Even though the state does not have the world's best track record when it comes to sending innocent people to death row.

He does, however, note that if it were passed, there would be exceptions for rape and life of the mother, because uh, if a woman gets raped it's not her fault and thus it doesn't make sense to punish her with a baby. Sluts who have non-procreative sex, however, must be punished. With pregnancy and labor and a baby. Who will take care of these babies? Who cares! Once they are born it is not state Representative Jack W. Williams's problem. He is a Republican. Those unwanted babies will just have to pull themselves up by their baby bootstraps.

There is, of course, a slight hitch in this whole plan for a Personhood Amendment, and that is the fact that Oklahoma was told by its own Supreme Court that its Personhood law was "clearly unconstitutional." Oh, and the fact that even voters in Mississippi and North Dakota -- two of the most conservative states in the nation -- voted against Personhood laws when given the opportunity to do so.

So, you know, not only is it unlikely that voters will support this measure, but on the off chance they do, it will quite definitely be struck down by the courts. Which means that this is all a giant waste of time and money, which Alabama definitely has lots and lots of.