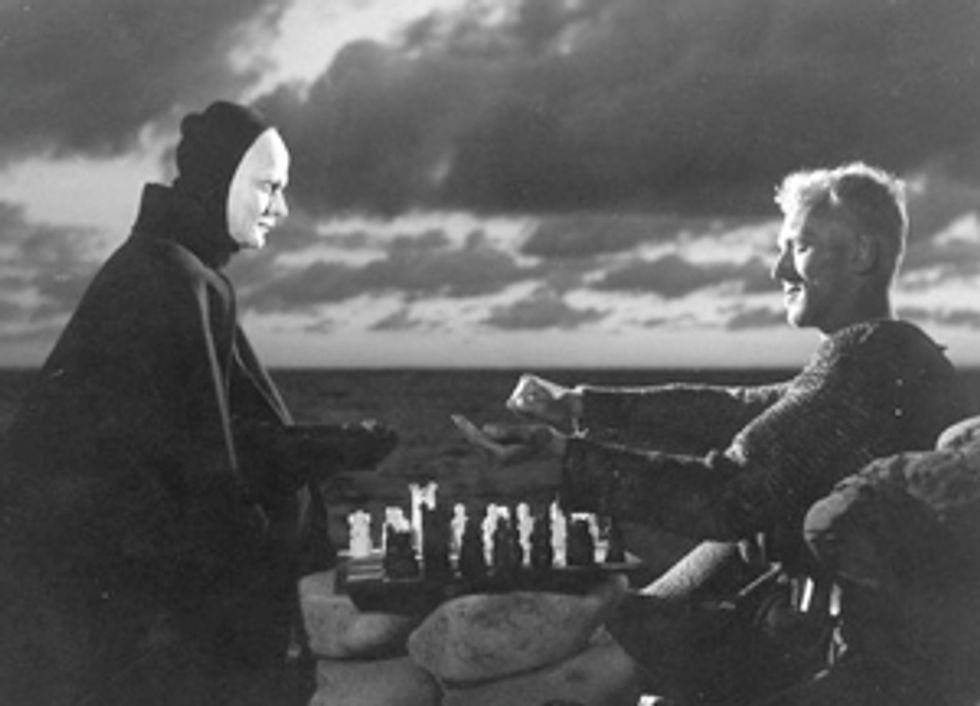 For the past seven million hours, conservativeaggregateurMatt Drudge has been blaring the main headline, "OBAMA MOVES TOWARD 'SWEDISH MODEL' FOR BANKS," replete with a sacrilege photo of the profane Swedish flag. The "Swedish Model" is "code" for the evil thing the Swedish government did in the early 1990s after a major real estate and financial bubble: nationalized the biggest insolvent banks, fixed them, and put them back on the market, the end. In other words, it is basically Red Marxism and Islam combined. And now, free-market fappers Lindsey Graham, his "live-in" John McCain, and even Alan Greenspan -- who caused the entire crisis, for fun -- are voicing their support for Swedish Communist Revolution!

The right wing as embodied by Matt Drudge fears nothing more than the "Swedish Model," because it compromises Capitalism, the failed economic system. Hey, "Real America," look at this gay European thing that the Obama administration might do!

Sweden in the early 1990s took control of its struggling banks in exchange for emergency aid, thus making the taxpayers footing the bill owners of the ultimately valuable assets.

Once the crisis was over, the Swedish state sold off nearly all of the nationalized bank investments, getting back most of the money that had been pumped into the sector.

Chilling. Of course, god forbid the MSM ever question "The One" about his plans to turn the United States into a valueless muslin transvestite colony, in which all of the whites are required by "The Swedish Model" to turn their money over to the blacks.

Oh look, now "The One" has worked his gypsy magic on Ayn Rand's prodigal son!

In an interview, Mr Greenspan, who for decades was regarded as the high priest of laisser-faire capitalism, said nationalisation could be the least bad option left for policymakers.

”It may be necessary to temporarily nationalise some banks in order to facilitate a swift and orderly restructuring,” he said. “I understand that once in a hundred years this is what you do.”

And who else on the Right is backing Greenspan? Oh, how shocking, looks like "Grahamnesty" and "John MexiCain" are being liberal again:

Lindsey Graham, the Republican senator for South Carolina, says that many of his colleagues, including John McCain, the defeated presidential candidate, agree with his view that nationalisation of some banks should be “on the table”.

Mr Graham says that people across the US accept his argument that it is untenable to keep throwing good money after bad into institutions such as Citigroup and Bank of America, which now have a lower net value than the amount of public funds they have received.

Pfft. We smells a secret plot to give billions of dollars to ACORN when we sees one.