Alaska GOP Sen. Lisa Murkowski Keeps Not Getting Memo On War On War On Women 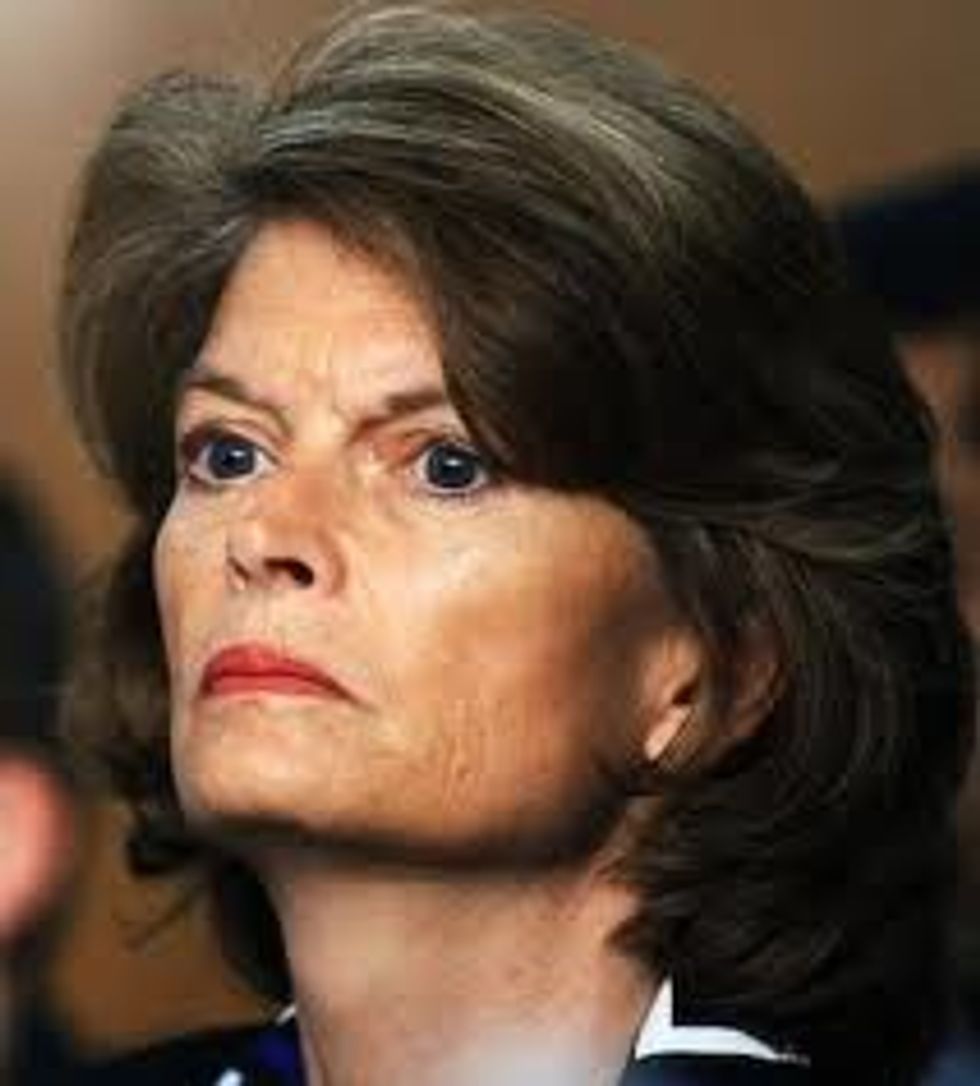 GOP Senator Lisa Murkowski, why do you insist on undermining the War on the War on Women? RNC Chair Reince Priebus has saidit's fictional.Kathryn-Jean Lopez twits 17 times a day with links to her one or two columns saying the same thing. Even Ol' Whatserface, Drinky Nooner -- who you know has seen the inside of an Ortho Novum packet or two -- snoots in her patrician manner that this is not a War on Women but a Defense of Liberty against religious terrorist President Disappointment. Lisa Murkowski, stop fuckin' it up! "If you don't feel this is an attack, you need to go home and talk to your wife and your daughters," she told the Chamber of Commerce in Homer, Alaska. But K-Lo does not have a wife and daughters, Murkowski! Why are you racist against K-Lo's gay marriage?

We already knew that Lisa Murkowski almost instantly regretted joining ranks with her GOPpy fellows on the Blunt Amendment -- the Mitch McConnell-led snit that would have allowed any private employer to determine his employees' access to medicine based on his own religious beliefs -- when she spent the entire next weekend getting yelled at by Alaskan ladies about it. She apologized, and said given it to do over, she would vote no. But does that mean she has to go around badmouthing a perfectly respectable GOP meme that it is the Democrats who are at war with women? And does she have to go on and on and on about their terrible record on beating up ladies?

Murkowski criticized GOP presidential candidates for not condemning Rush Limbaugh for calling Georgetown law student Sandra Fluke a "slut" and a "prostitute," which he later apologized for. Fluke was rejected as a witness before a panel on the Obama contraception mandate chaired by House Oversight And Government Reform Chairman Darrell Issa (R-Calif.) last February.

"To have those kind of slurs against a woman … you had candidates who want to be our president not say, 'That's wrong. That's offensive.' They did not condemn the rhetoric," she said.

What else would you like to say before you are purged from the Republican Party, Lisa Murkowski?

She also said that she would continue to support funding for Planned Parenthood, adding that the courts have affirmed a legal right to an abortion and she stands by that.

Lisa Murkowski will now be Mitt Romney's vice presidential nominee, for that important pivot away from wackjob for the general election. Sorry, evangelical buddies, you will now get about as much as you ever actually get from the Republicans. But maybe Mitt Romney will have a proper Easter celebration at least, not like that atheist Muslin and his fat-ass wife in there now. [HuffPo]