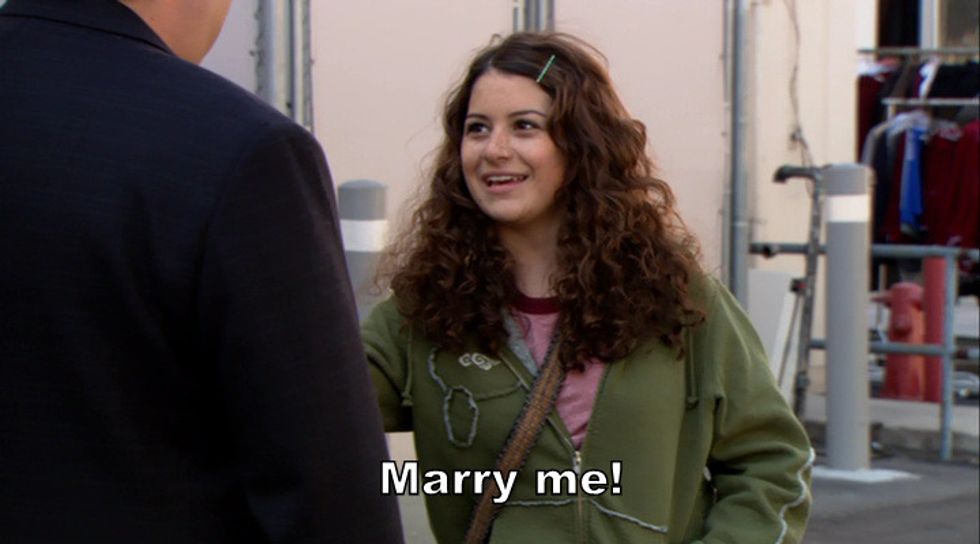 Michael was trying to keep the family together.

But as happens when each family is dysfunctional in its own special way, it turned out huggin' and learnin' meant pushing everyone to forgive Mean Daddy and show him they loved him so Mean Daddy wouldn't turn around and beat the shit out of everyone again.

Yesterday, in an interview with Sopan Deb of the New York Times, a reverse-intervention broke out, as all the male cast members of the cult hit wanted to make clear to patriarch Jeffrey Tambor that they forgave him for sexually harassing Not Them and also for verbally abusing their show mom, Jessica Walter, aka Not Them Too. Perhaps because he almost always plays A Good Guy, your Normal Friend, American Schmo Everypal, and also because he wouldn't fucking shut up ...

[JASON] BATEMAN But this is a family and families, you know, have love, laughter, arguments — again, not to belittle it, but a lot of stuff happens in 15 years. I know nothing about “Transparent” but I do know a lot about “Arrested Development.” And I can say that no matter what anybody in this room has ever done — and we’ve all done a lot, with each other, for each other, against each other — I wouldn’t trade it for the world and I have zero complaints.

... Jason Bateman ("It's Your Move") came in for a FUCKTON of backlash. (He said the above like five different times: We're a family, we forgive Dad, actors have a process, blah blah blah blah ad nauseam.) But meanwhile, Jessica Walter was actually weeping, while her TV sons -- "not to minimize it!" -- explained over and over why the abuse she'd gotten from Tambor on set, which she described as unmatched in her 60-year career, was okay and please love Daddy again, look how nice he's being and how much he's "reckoned with this."

Bateman has apologized, fully and at length about how and why he fucked up, and I don't doubt for a second that it's really sincerely.

And in the moment, Walter capitulated, a good girl, deciding she would indeed forgive Tambor for his abuse, after he told her to:

WALTER [THROUGH TEARS] Let me just say one thing that I just realized in this conversation. I have to let go of being angry at him. He never crossed the line on our show, with any, you know, sexual whatever. Verbally, yes, he harassed me, but he did apologize. I have to let it go. [Turns to Tambor.] And I have to give you a chance to, you know, for us to be friends again.

WALTER But it’s hard because honestly — Jason says this happens all the time. In like almost 60 years of working, I’ve never had anybody yell at me like that on a set. And it’s hard to deal with, but I’m over it now. I just let it go right here, for The New York Times.

She was angry about his abuse for 15 years, until her TV sons explained to her that she was wrong.

But we have a hero, and it's the girl who grew up while everybody was looking somewhere else.

BATEMAN Again, not to belittle it or excuse it or anything, but in the entertainment industry it is incredibly common to have people who are, in quotes, “difficult.” And when you’re in a privileged position to hire people, or have an influence in who does get hired, you make phone calls. And you say, “Hey, so I’ve heard X about person Y, tell me about that.” And what you learn is context. And you learn about character and you learn about work habits, work ethics, and you start to understand. Because it’s a very amorphous process, this sort of [expletive] that we do, you know, making up fake life. It’s a weird thing, and it is a breeding ground for atypical behavior and certain people have certain processes.

SHAWKAT But that doesn’t mean it’s acceptable. And the point is that things are changing, and people need to respect each other differently.

After being the only person in a group of six to stand up for her television grandmother, Shawkat was never heard from again. Really. That's the last thing she said in the interview, because she couldn't get a fucking word in with all the men talking.

And, a word? It's a fucking SITCOM, Jeffrey Tambor. How emotionally intense did your fucking process have to get to say "light treason" and "you're gonna get hop-ons" and "I've got the worst fucking attorneys" and "banana stand" like 50 times each?

Jason Bateman is less dead to me than he was last night -- really, it was a good apology; now he's only mostly dead -- but the answer has to be to let Alia Shawkat and her youngs take over. Because the rest of us just fucking suck.