All The Brainz That's Fit To Eat, And More In This Week's Sci-Blog! 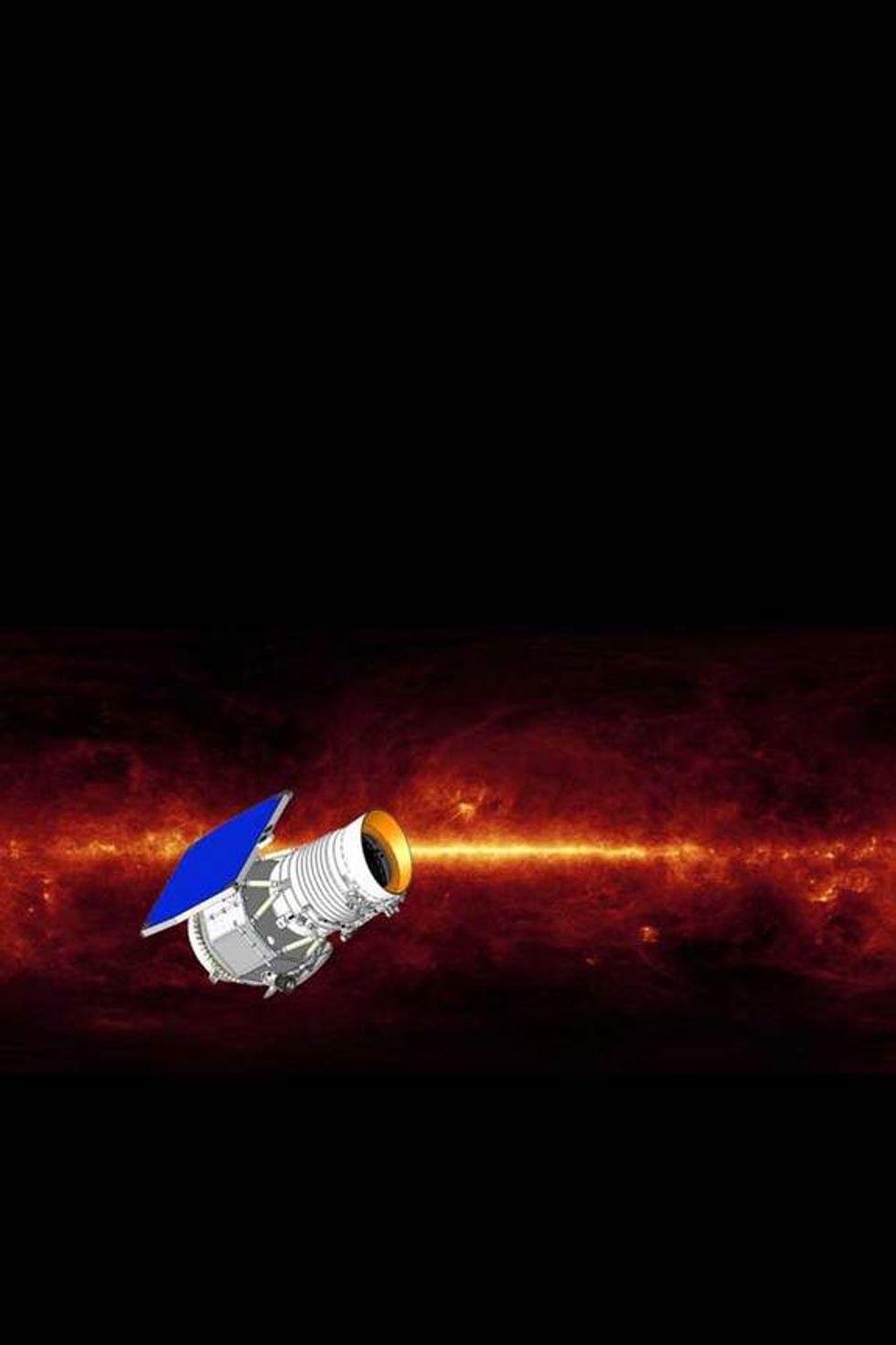 Hey there, Wonkeratti! It's time once again for another unnerving Wonkette Sci-Blog. Grab a drink and a trephination knife and come on in!

The human brain is a difficult thing to study. It's by far the most complex structure in the universe that we know of -- far more complex in some areas than all the other animals we study. As the seat of human consiousness, memory and personality, the living brain is not something modern scientists can casually experiment with. Neuroscientists researching brain diseases, drug effects and developmental problems have been somewhat handicapped by not having a "benchtop" model to run controlled experiments with (the Nazis, Soviets or the NSA might have run benchtop experiments with living brains, but we'll never know).

Researchers in recent years have successfully cultured human neurons in the laboratory, persuaded neurons to form a neural net and prompted human stem cells to develop into neurons. These experiments have told us much about the individual components of the human nervous system, but little about the master controlling organ.

Now, however, a team of researchers at the Austrian Academy of Sciences Molecular Biotechnology Center have successfully grown miniature human brains in the laboratory.

The method, published in the journal Nature this week, reproduces the earliest developmental stages of the human brain. Human stem cells were induced to form  embryonic "Neural Tubes" or neuroectoderm -- the beginning developmental stage of the human nervous system. These were then "placed in tiny droplets of gel to give a scaffold for the tissue to grow" and cultured in a nutrient and oxygen filled "bioreactor." The neural tubes continued to develop, differentiating into several of the separate specialized regions of the brain: the cerebral cortex, the retina, and,in one case, a developing hippocampus.

The tissues grew to their maximum size (4 mm) in two months and survived in the laboratory for about a year. They didn't develop any further as there was no blood supply, but the scientists think they paralleled closely the development of a 9-week-old human fetus. The research team names these structures "Cerebral Organoids," as they are incomplete, in no way fully developed brains and incapable of consciousness. As the neural tissues aren't allowed to forn a fully functioning brain, the researchers don't feel that there are ethical issues with this research. They are, however, opposed to allowing the "cerebral organoids" to develop any further.

They are, though, the perfect testbed to research terrible brain developmental problems like schizophrenia, epilepsy or autism as the technique is developed. The team is already researching the condition called microcephaly, where the brain doesn't fully develop for reasons we do not know.

Scientists working in the field are very excited, calling this a major breakthrough in understanding and curing diseases of the brain. One positive aspect of developing these mini-brains is that they could replace living animal test subjects for neural and drug research.

The possible applications for this new culture technique in the future are huge and could very well extend beyond developmental pathology research. Suppose -- hypothetically -- you were able to provide a steady, fresh blood supply to, oh, say several tens of developing brains for a year or two. You might very well be able to -- in theory -- link their neural networks together in a Multiple Node Organic Parallel Processing Computer. Ready access to laboratory grown brains would standardize the components and certainly would -- theoretically -- cut out those greedy secondhand brain suppliers.

Also, scaling up the production capacity could provide enough extra stock to explore the many culinary possibilities...mmmm..

In a new survey of 3700 American scientists, over half have responded that they have laid off people due to budget cuts. Once again, the Sequester is eating our future. Thanks Congress!

It's not all grim news in Science these days, though. The research scientists at Switzerland's CERN facility hosted their very first stand up comedy night on Friday. We don't have any reports yet if the "Large Hardon Collider" joke was mentioned.

The Sun's magnetic poles undergo complete reversal once every 11 years, along with the solar sunspot cycle. Up until now, we haven't understood why. Now, data from NASA's Solar Dynamics Observatory have given us a brand new understanding of the dynamic flow movements inside the Sun.

Are you afraid that the Sequester is cutting funds for asteroid spotting, dooming us all to a fate worse than Chelyabinsk? Fear not! NASA's repurposing the hibernating Wide-field Infrared Survey Explorer satellite to conduct a three year sky survey of Near Earth Objects. Whew!

A team of scientists, working under a grant from the national Science Foundation, has captured photographs of the ultra rare upper atmospheric phenomenon Red Sprite lightening.

We might all be Martians! Really. Chemical analysis on the Martian soil has turned up oxidized Molybdenum, a mineral essential for the development of life and not thought to be present on Earth in its early days. Professor Steven Benner presented his findings at the Goldschmidt Conference this past Thursday. So that explains these antennae.

Researchers at the University of Tokyo have developed an artificial skin that transmits sensory information, made of plastic and printed thin film transistors. Applications include biomedical monitoring, replacement for damaged skin, and better sex robots.

The U.S. is building a Bioweapons laboratory in Kazakhstan.It sounds like a terrible idea, but it's actually a secure facility for all the old terrible Soviet war germs, keeping them (and the scientists who made them) out of the hands of terrorists. Change we can believe in!

Hot news! A brand new Grand Canyon has been discovered! You'll have to wait a while to go visit it, though. It's in Greenland, under a mile of ice. Give it a couple of years at the rate we're warming.

It's been established that Octopuses actually do feel pain. Keep this in mind when the Cephalopocaplyse arrives.

On that note -- your Cephalopod Video of the Day. Here's a weird deep sea squid that uses a specialized tentacle to attract its prey.