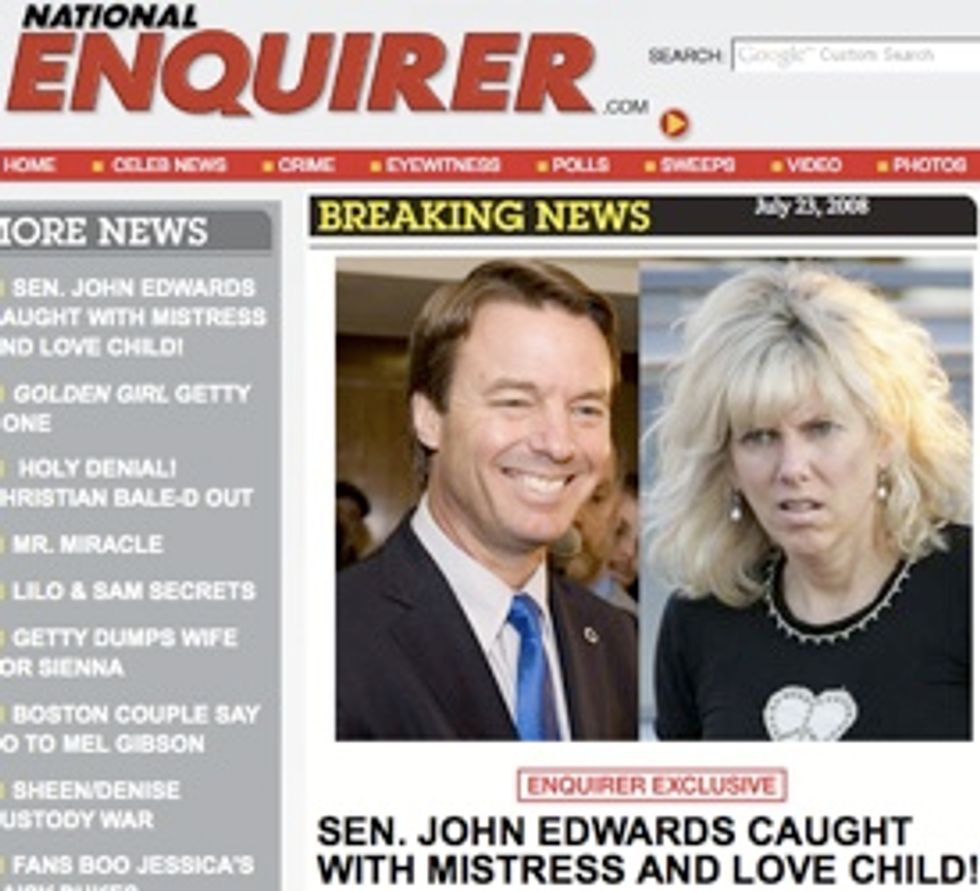 Oh man, weren't wedone with this guy? When did everybody know he had affairs and mistresses?We knew in October -- if by "knew" you mean we posted some crap that the National Enquirer "reported" and the Huffington Post repeated. But now, suddenly, it seems there might be a pretty good prime-time speech slot open on probably Tuesday at the Democratic Convention, because John-John's got (an alleged) love child!

The answer is "Because a tabloid caught him with the mistress and the baby at a hotel!" A love child? Jesus! Bill Clinton must feel a million years old tonight. Joe Klein, too.

Details, according to the National Enquirer: Edwards was in L.A. on Monday, to do some homelessness event with cheating LA mayor Antonio Villaraigosa. Then Edwards was spotted that night, sneaking into the Beverly Hilton, supposedly where his mistress had two rooms rented. Then he tried to sneak out, at 2:40 a.m. Tuesday morning. And the tabloid reporters chased him into a restroom, and the security chased off the tabloid reporters, the end?