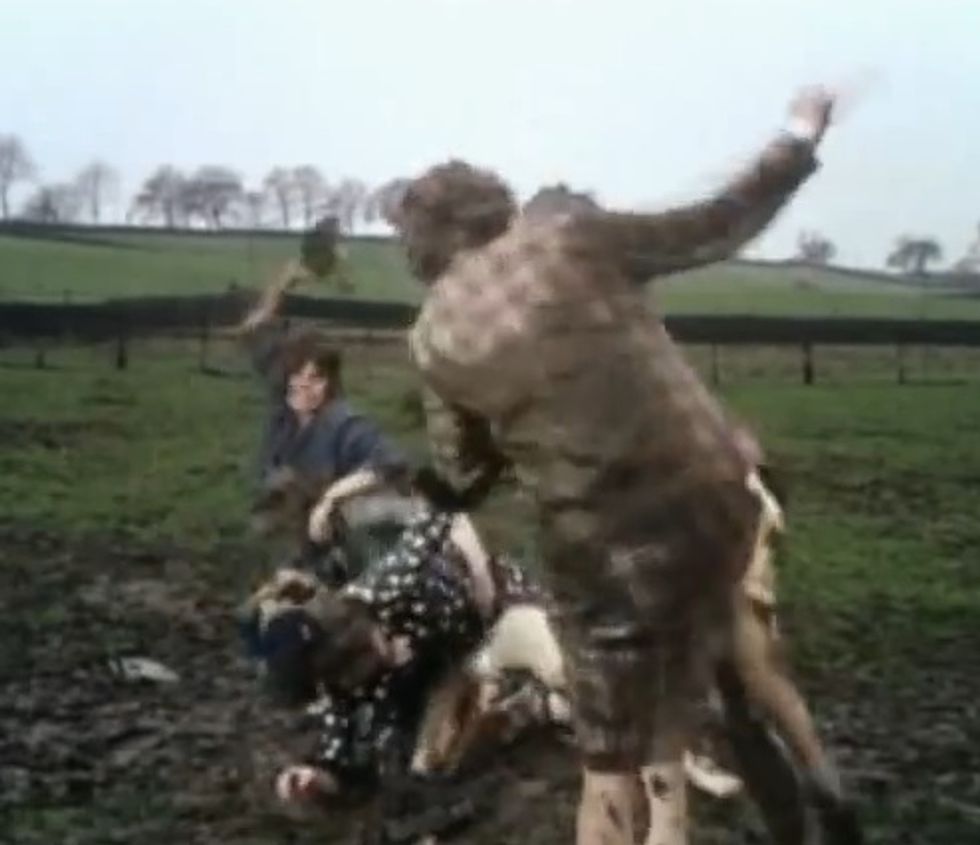 This is a very serious moment in their history

Gosh, no one could have seen this coming. The "alt-right" morans organizing the great big Trump Inaugural fucktussle/lovefest called the "DeploraBall" (get it? Huh? It's funny, right?) have finally found a venue willing to host them, but now the organizers are fighting with each other over exactly how openly Nazi-ish the celebration of their Aryan Jesus should be. That would include fighting over who's really an organizer or not. All the action is on Twitter and elsewhere online so far, so nobody's gotten literally curb-stomped yet, but obviously they have to save something for Inauguration day, right?

The fight heated up this week when DeploraBall organizer and one-man conspiracy-theory factory Mike Cernovich told another "alt-right" Twitter star (as if that were a thing) "@BakedAlaska" he may as well stay from the event if @BakedAlaska insisted on throwing out Hitler salutes for Trump. @BakedAlaska promptly took the fight to Twitter, so everyone could start hating Cernovich:

Cernovich made it clear that it was totally NOT @BakedAlaska's own event, and never was:

@BakedAlaska also called Cernovich a "cuck" and then the Daily Stormer did, too, and worse! According to those fine examples of humanity, Cernovich was in fact part of the "cuck/kike contingent of the Trump movement” who were too chicken to openly embrace white supremacism, and was totally ruining the DeploraBall by limiting it to “Alt-Light figures attempting to kike-over the Alt-Right by making it non-racist and accepting of Jews.”

Somewhere in there, a supporter of @BakedAlaska posted a photo showing he'd burned Cernovich's book, which proves this is srs bsns.

Cernovich also made much of the fact that Milo Yianoppoulos would be attending, which made @BakedAlaska mad because who even cares if it's just dumb Milo and not one of the Trumps, And Then Milo said @BakedAlaska had violated his nondisclosure agreement by talking about the planning at all:

Then Debbie told Tammy that Jared was only dating Tiffany because he wanted Bethany to be jealous, and Bethany heard about it on Instagram and said Jared was dead to her, then that one weird kid Ben from her math class tried to ask out Tiffany, unless it was true that she was a big ol' lez, and she pushed him into a locker right in front of Mr. Kester and they both got detention, and now Tiffany blames Debbie for blabbing even though it was Tammy who put it on Tumblr, and the chess club pledged allegiance to the Aztec Empire just to be funny, and maybe nobody's coming to the party at all.

America may never be great again at this rate.