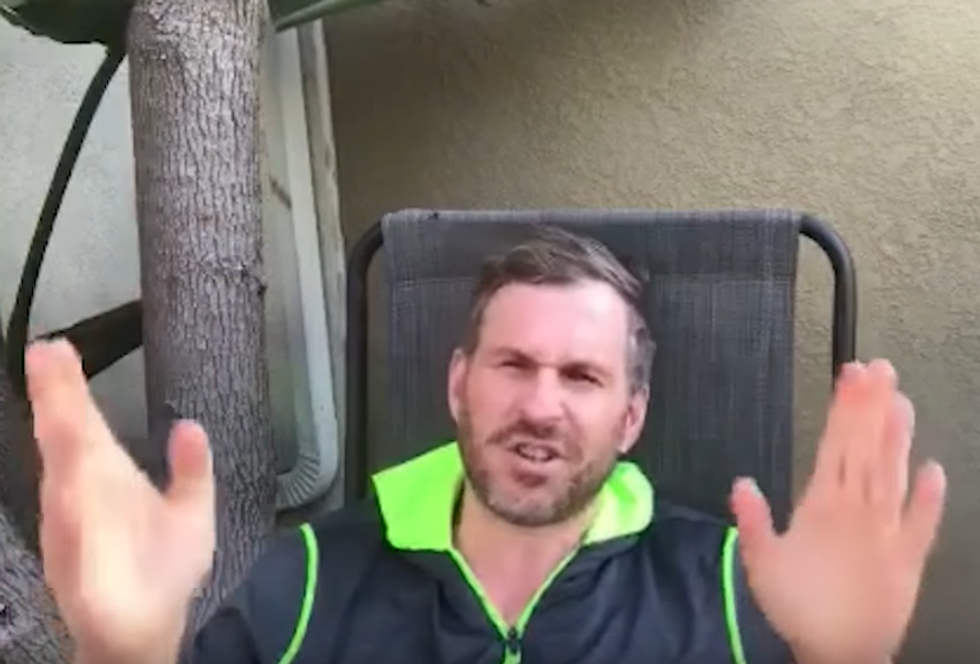 Today in special snowflakes of the "alt-right" white supremacist variety, we have a sad story to tell you about the Clarendon Ballroom in Arlington, Virginia, some very sweet and kind racists, and the anti-Trump discrimination and profiling that happened to them when the ballroom refused to host their party, called "The DeploraBall" (because GET IT, THEY ARE BASKETS OF DEPLORABLES!), even though they had already sold 500 tickets for it, and all just because they didn't actually have a signed contract and the venue didn't want to.

Guys? Just gonna level with you from the beginning: this is a Very Stupid Story. But kind of fun too? OK, for the "she said" part, we go to Adrienne Freshman, operations director for the Clarendon, who says she sent these morans a proposal for their party, but they never signed a contract. Also, she says they found out it was a white nationalist "alt-right" group called the "Deplorables," and decided they didn't feel like doing bidness with them, much like what happens when Sincere Christians decide they will go to hell if they frost cakes for homosexican weddings:

On Tuesday, Clarendon Ballroom says they learned the party actually would be thrown by the group The Deplorables, which had already sold more than 500 tickets for the DeploraBall.

"We refused to be bullied into having their event at our space and told them to hit the road," Freshman wrote.

Tough break! Except the group's organizer Mike Cernovich (you have met him before, we'll remind you in a sec) ended up announcing on Twitter that he believes dark, sinister anti-Hillary forces harassed the Clarendon into telling him and his pals to pound sand, and so they, feeling #triggered and altogether removed from their #safespaces, decided to harass the Clarendon right back:

Oh, Twitter wars. It's what people who don't have much sex do, behind their computers, instead of having real friends and lives.

But but but, UNFAIR! The Deplorables sold all these tickets to an event at a place that had not yet agreed to host the event, and UNFAIR!

OK, so Mike Cernovich. According to NBC 4 Washington, he is an "American nationalist," and The New Yorker called him the "meme mastermind of the alt-right." How enthralling his memes must be, and how sexually arousing it must be to watch Cernovich making them! His greatest hits, from the few times Wonkette has deigned to acknowledge his existence, are that he's pretty sure Hillary Clinton is doing child-sex under the pizza parlor (OR MAYBE UNDER THE CLARENDON!), that is, when her brain isn't completely freezing and unworkable due to how she has brain damage. Yes, he was one of those who was certain Hillary was about to die on the campaign trail.

He also talks with his hands, like a lot.

Here is video of Cernovich telling HIS side of the story. It is 25 minutes long, and you do not want to watch it. We made it through like seven minutes before we got super bored. We'll tell you what we saw, after the jump:

Cernovich shows #facts, like the proposal the Clarendon sent him, and when you see it on the screen, you can see that no money had changed hands. He bemoans how he is just a simple party planner trying to book a party, that he's already sold SO MANY TICKETS for, but says it's OK, because "Life is that things get thrown your way, and how you respond to them is a choice you make in the moment." He chooses to respond with joy, asserting that they will now have a BIGGER PARTY. He's not telling people to harass the Clarendon, but he does note that you have a First Amendment right to call them, you know, if you want to. "That's all I'm saying," he confirms.

He also suggests that people call the Clarendon, not that he's suggesting people call the Clarendon, and do it POLITELY. Because he doesn't REALLY want to have to go find another venue, even though he is so excited that they are going to have a BIGGER PARTY at Not The Clarendon, but aw man, does he really have to find another venue for what will obviously be the most lubed up circuit party ever thrown by the "alt-right"? GAH YOU GUYS, HE IS FEELING SO MANY HAND MOTIONS ABOUT THIS.

On a completely unrelated note, this Cernovich dude has a wicked sense of humor, like hold on to your vodka sippy cups before you double over giggling at this tweet:

Bet his mama calls him "Gigglefarts," because that's what he makes her do, with his #jokes.

Anyway, we are very sorry the Deplorables will not be able to have their DeploraBall at the Clarendon, as we imagine they were super excited to meet all the people they share memes with on Twitter for the first time IRL. They probably were even going to say "Merry Christmas!" to each other a whole lot, just to stick it to the liberals.

And we don't know the next time Wonkette will throw a party in Arlington, Virginia, but we guess if we do, we'll call the Clarendon, because hahahaha SUCK IT.

Anyway, we told you this story was stupid, the end.