Alvin Greene Vents a Mighty Manful Rage At the Media 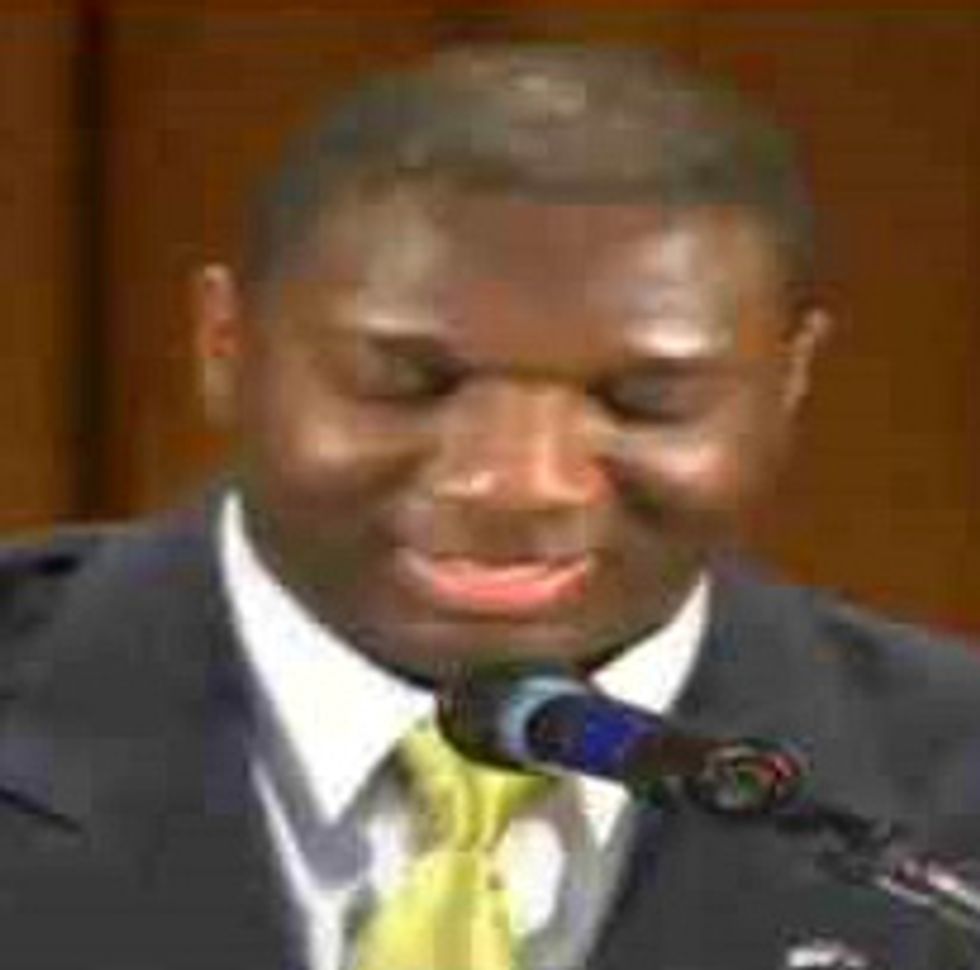 It's tough right now being Alvin Greene, with the world not understanding theDaoist philosophical foundations for his supposed porn-showing offense. Of course, the universal Way cannot be pushed off course, but even someone fully aligned with it can feel the strain, now and again, of the pressures of this world. You may have heard a rumor that Alvin Greene reacted to a visit from a reporter by "wailing" or "howling" or doing any one of a number of undignified things. But we think that you'll find, once you've assessed the evidence with your own senses, that something very different is going on.

Here is raw footage from Charlotte's NBC affiliate, as their reporters make a pilgrimage to the Greene compound to get a comment from the uncandidate about his indictment under the rules of humankind's law. (Note that Ken Layne has a "rule" about videos that start with ads, but we are making an exception in this case because this is extremely important video evidence.)

Does that sound like "wailing" to you? It sounds to us like a man who is just repeating himself, forcefully and emphatically, about his lack of desire to discuss mundane events.

Still, we admit that this behavior seems kind of bizarre. But obviously Greene's motivations are founded on Daoist principles. Consider this tale from the life of Ruan Ji, one of the famous Seven Sages of the Bamboo Grove:

One anecdote describes Ruan Ji's visit to the hermit Sun Deng, with whom he tried in vain to start a conversation on the inner alchemy of Daoism. Deng never responded. Finally, Ji gave out a long howling whistle and withdrew. Climbing halfway up a mountain, Ji thought he heard a sound echoing through the rocky ravine. It was Deng whistling in response.

Clearly Alvin Greene has despaired of ever finding another person in the American political landscape willing to discuss with him the true nature of the Dao, and has resorted to incoherent bellowing. If you believe in Alvin, we urge you, bellow and whistle in response, and let the sound echo all the way back to South Carolina. [WCNC/New World Encyclopedia]