America Stuck With All These Guy Fawkes Masks, We Guess 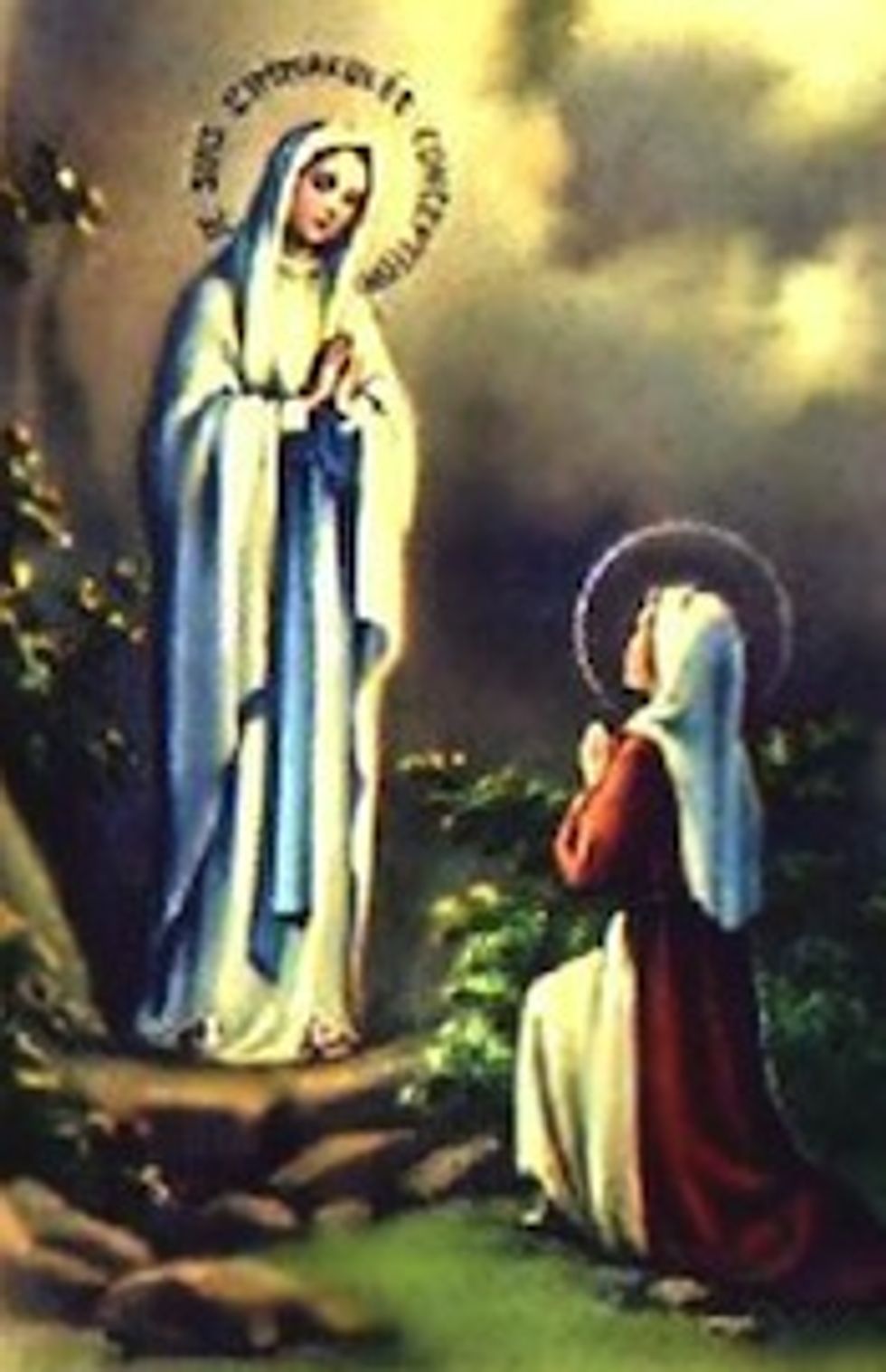 As this photo from our #OWS correspondent KenLayIsAlive makes clear, the guys with the Guy Fawkes masks are well represented at Occupy Wall Street and many other Protest Occupations around the country. The cultural trajectory of this mask is sometimes hard to follow, but here's our attempt to explain it, and also explain why it creeps us out.

Guy Fawkes was a religious extremist and fundamentalist terrorist -- basically, a right-wing theocratic Catholic nut. After fighting in a variety of Catholic jihads against liberals and reformers in Europe, Fawkes adopted the racist parody name "Guido" and returned to England to do terrorism there, for the Pope. He was part of a terror cell with Robert Catesby, "who planned to assassinate the Protestant King James and replace him with his daughter, third in the line of succession, Princess Elizabeth." In 1605, Fawkes was reportedly caught guarding a massive "fertilizer bomb" in a basement room beneath England's Senate, the House of Lords. The terror plot was discovered and Fawkes was tortured and then he leapt off the execution scaffold and broke his neck, which was a success of sorts, as he avoided being torn into chunks by a team of horses, as was the tradition in Merry Olde England. And Elizabeth is still the Queen of England today!

Also, the English still celebrate "Guy Fawkes Night," when they celebrate their hatred of the Pope and Catholics everywhere by burning the Catholic terrorist Guy Fawkes in effigy, and then getting blindingly drunk as the English do each and every night (and day). When the tons of vomit and blood are hosed off the streets by Double-Decker Bus the next day, all is as it once was!

There is quite a distance between that historical conspiracy and the religious hatred/savage drunkeness it still inspires "across the pond" and the now-common sight at American anti-corporate protests of youngsters wearing stylized "Guy Fawkes masks." And it's a distance that can only be bridged by a fairly recent shitty comic-book-adaptation movie that was deeply loved by Ron Paul's hobgoblin youth army of World of Warcraft nerds in 2007.

In the movie, V for Vendetta, a make-believe terrorist wears the stylized Guy Fawkes mask. (Fawkes was described as having red hair and thick red beard, like Jim Newell, so who knows where the Snidely Whiplash cartoon mask comes from.) We think maybe this is the movie where Natalie Portman gets busy with that other ballerina girl? It is hard to keep track, these days! In any case, the movie resonated with youngsters who didn't like George W. Bush having dumb wars everywhere -- dumb for everyone but the Defense Contractors and Oil Company stockholders, haw haw -- and so in 2007 some of these people rallied around an elderly Texas gynecologist who loved golden doubloons more than anything.

Photograph of people in Guy Fawkes masks in Minneapolis the day before the Republican National Convention, August 2008.

And then the amorphous online activist group Anonymous adopted the mask as its sinister anonymous face/logo, with its anti-Scientology protesters hidden behind the plastic Halloween masks. The leap from comic book to Hollywood movie to Ron Paul ReLOVEution to dastardly online mischief makers was complete. And through this strange transition, the Guy Fawkes mask has now returned to the fearsome power of the Gunpowder Plot -- leaders of the World Governments and Giant Corporations now feel Maximum Terror when Anonymous shines its light on their dirty secrets. The ridiculously horrifying mask with its knowing leer is perfect for our ridiculous, paranoid, edge-of-apocalypse era.

By the time the Occupy Everything movement took hold, there was little doubt that the Guy Fawkes masks would be as common as rhythmically challenged people insisting upon the playing of drums. (Why do drum circle people insist on so many drummers? Because if one drummer keeps time and the Grateful Dead needed two drummers to not keep time, then it takes at least seven drummers to fuck up everything.)

A recent New York Times style piece about the Guy Fawkes masks noted that many #OWS protesters wear them backwards, so that their faces are unhidden and there's an unsettling appearance of people with cartoon heads on the back of their skulls, like Voldemort.

We hope you enjoyed this Brief History of the Guy Fawkes Mask Over 500+ Years. And now we will implore you not to click this link: SexyFawkes.Tumblr.com. Don't do it. It's not "work safe" by any stretch of the imagination, and it's not "safe" for your brain or your libido, either. What do we mean? There's no way to explain. But if you do click that link and find yourself, in months ahead, unable to reach sexual satisfaction without your "partner" (whether virtual or maybe even human) wearing the monstrous mask of a cartoon Catholic Terrorist, then don't come crying to us. (The Internet will be shut down by then, anyway.)

ALSO: The American version of Guy Fawkes Day, November 5, will be celebrated by closing your Wall Street Bank account and putting the money in a credit union, or a mason jar. Do it Now! (On November 5.)