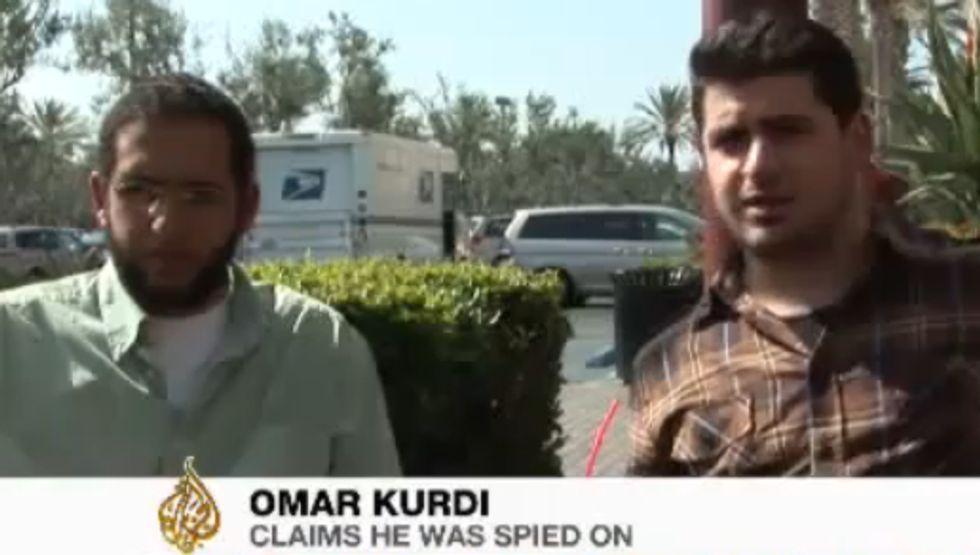 America loves fighting terrorists so much,it likes to create as many as it can so it can keep on fighting. And that is annoying American Muslims, who cannot go about their day worshipping God without being annoyed by at least one FBI agent trying to lure them into joining jihad. One such agent, Craig Monteilh, an ex-con who did the job for "$177,000, tax-free, in 15 months," until too many Muslims reported him to the FBI, says that the FBI told him his job was to infiltrate mosques and date Muslim women because "Islam is a threat to our national security." At this point, American Muslims just have to assume that anyone talking about extremism works for the FBI, is trying to entrap them and is best left ignored. Hooray for making us less safe and trying to impede people from exercising their freedom of religion!

Monteilh did not like that he lost his job after it had become too obvious what was happening, and the FBI decided they needed new blood. They were worried that their ex-employee would go to the media, so they had him sign a non-disclosure agreement, in exchange for $25,000 in cash. But Monteilh went to jail soon after, because he was a goddamn ex-con and did a little grand-theft, so he apparently no longer cares about said agreement.

FBI tactics were already a sensitive issue at the Irvine mosque, a stucco, two-story building that draws as many as 2,000 people for Friday prayers. With tensions rising between law enforcement and Muslims over allegations of FBI surveillance, J. Stephen Tidwell, then head of the FBI's Los Angeles office, spoke at the mosque in June 2006.

"If we're going to mosques to come to services, we will tell you," he said, according to a video of his speech. ". . . The FBI will tell you we're coming for the very reason that we don't want you to think you're being monitored. We would come only to learn."

Worshipers noticed that Monteilh often left his keys around the mosque, said Hussam Ayloush, executive director of the Los Angeles chapter of the Council on American-Islamic Relations, who speaks often at the mosque.

Inside the car remote on the bundle of keys was a microphone that recorded Muslims at the mosque, in their homes and at a local gym. Monteilh, who told people he was a fitness trainer, used the gym to seek out Muslim men.

Your tax dollars are paying ex-cons to track down American Muslims, try to teach them Tae-Bo, and attempt to give them cars and money to accept fake bombs. Congratulations. [WP]