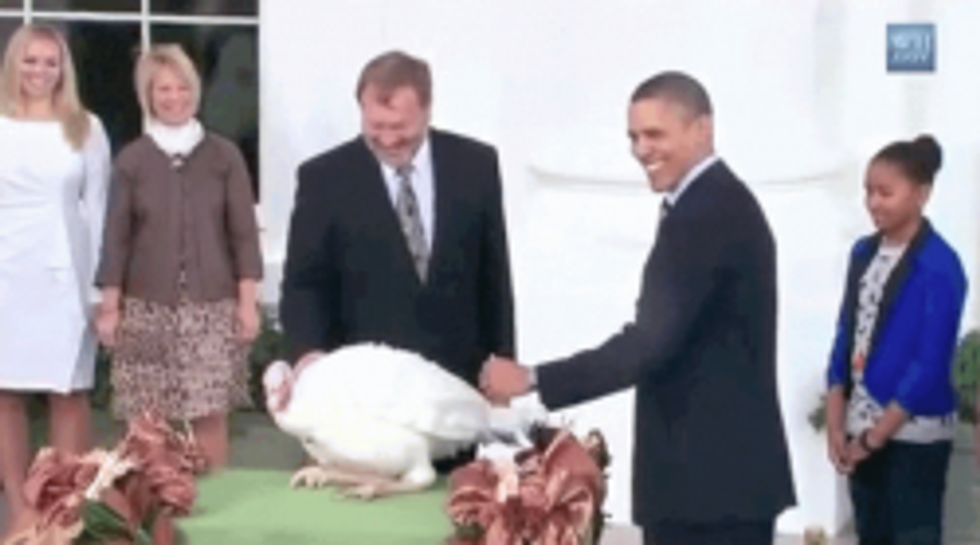 In other news, the Eurozone is running out of things to be thankful for today after a weak debt sale in Germany saw nearly half of the floated bonds fail to find a buyer. That sign of weakness from a stalwart in the European economy was followed by news this morning that Portugal just got slapped with a junk credit rating of BBB-, a rating that is significantly worse than a 2008 tranche of adjustable rate mortgages on million dollar homes sold to unemployed grocery store checkers.

James Murdoch has stepped down from the boards of the Sun, the Times and the Sunday Times, though this largely symbolic move is the Thanksgiving news equivalent of George W. Bush posing with a plastic turkey since Murdoch remains in charge of News International, the Times holding company.

We'd missed Tuesday's column from Dana Milbank — seeing as we generally steer clear of the Washington Post op-ed page so as to avoid even so much as seeing Fred Hiatt's name — but it's probably worth a read considering it prompted a rather delightful Someone Is Wrong On The Internet moment from John McCain.

Did you know the average Bush tax cut for a One Percenter is greater than the total income of the average Ninety-Niner? We didn't! Holy god. This might help explain why people have been protesting the past few months? Maybe? [READ MORE AT GIFZETTE]