Americans No Longer Driving As They Cannot Afford Gasoline 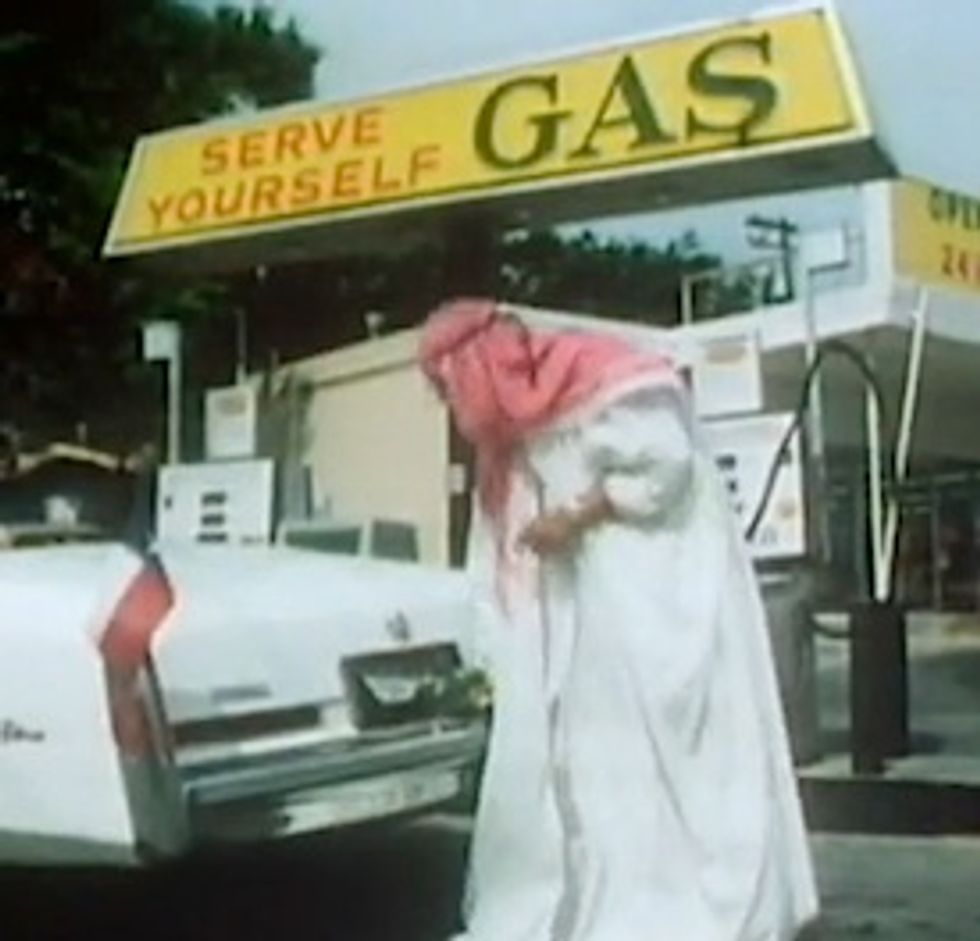 Good news for the environment or whatever: Americans can no longer afford gasoline, because it costs about eighty dollars to fill up, so they've all quit driving cars! With the per-gallon price at$3.76 nationwide -- and much higher on the West Coast, gah -- some of the people are even sort of considering not living a pathetic sedentary life completely dependent on oil being extracted from Muslim countries on the other side of the planet and then shipped to the United States and then refined into gasoline and then carried in trucks (which themselves require refined petroleum fuel) and then poured into underground tanks at the Kwik-E-Mart. Some have even looked at commuter train schedules! And then they wandered away, confused, because what are all those little rows of numbers, anyway? The bible code?

Most analysts are sticking to forecasts of a high of $4 a gallon, though some have predicted $5 gas.

Across the country, some drivers are already hunting for cheaper gas, sometimes with the help of a mobile phone app. Others are checking out bus and train schedules, reconsidering mass transportation, or trading in their SUV for a more fuel-efficient model.

Don't do anything rash, people!

The article is full of delightful confusion from Economic Experts, who can't seem to understand why demand for gasoline isn't rising even as a few more thousand people have jerbs this month. These are the same economists who devised a system to track inflation that excludes all energy and food costs, because if you'd only quit going to the grocery and using heat in the winter and putting gas in your 1998 Chevy Tahoe that gets 4 miles per gallon, you would be delighted by the very minor uptick in inflation since the recession began three years ago. [AP]