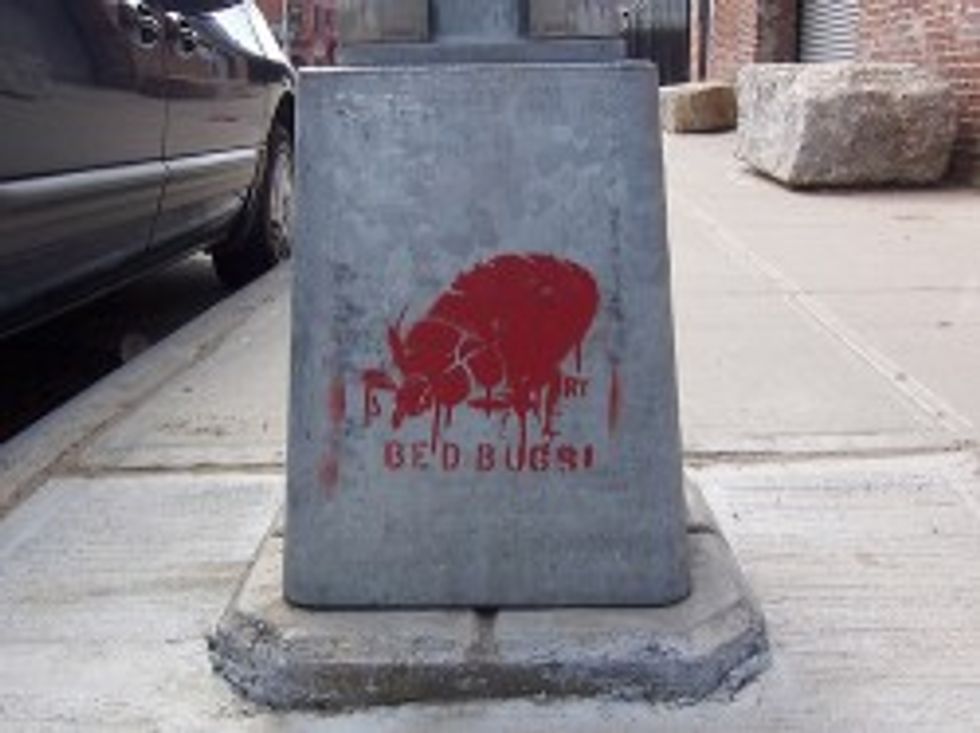 Bedbugs! They're destroying Freedom & Liberty even faster thanDebbie Riddle and terror babies combined. In Ohio and several other states, the critters have become so unruly that local governments are calling on the feds -- including the Department of Defense -- to help find a solution.

Why is Defense the agency you turn to when plotting your War on Bugs? Because they issue Technical Guides on pest management and control. Also, bedbugs might become a national security issue because they scare Americans. Scaring Americans often leads to Americans declaring war, and war is the DoD's bailiwick. See how that works?

Your Wonkette remembers early rumblings of Bedbug Fever back in the mid-aughts, before the problem reached Full-Blown Epidemic proportions. At the time we lived in New York City, which has since turned into a war zone in which bedbugs compete with cockroaches for territorial control. It's like the Bloods and Crips all over again. Oh, and did you hear about those bedbugs who crashed the Manhattan movie theaters the other day? They're worse than not-mosques.

For whatever reason, bedbugs have also become a serious problem in Ohio, which they seem to regard as some sort of paradise. What is this attraction to the Buckeye State all about? Maybe the bugs want to destroy the lives of Oberlin College students, or at the very least stop them from fornicating. At any rate, they've become so unruly that in Cincinnati people have turned to sleeping in the streets, because their beds have become bedbug nightclubs.

Bedbugs who have crossed into neighboring Kentucky have also taken over people's apartments, holding movie marathons and eating up all the frozen pizzas and snacks. Even in Sarah Palin's Alaska, ABC reports, bedbug infestation has reportedly increased by "800 percent," because their small size makes them difficult to shoot from helicopters and snowmobiles. [ABC News/Time]