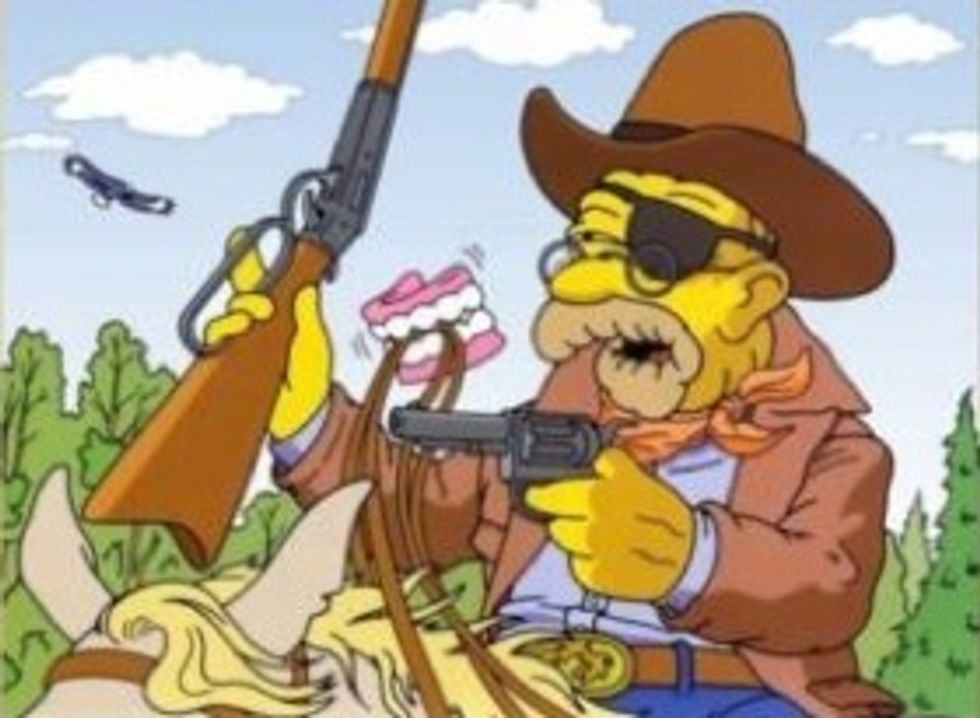 So what sorts of hobbies are America's agitated olds taking up these days when they are not busy surfing the apocalypse survival kit and Bible sale ads on Newsmax?Plotting mass murder, it turns out. Yeesh. When did soothing naps go out of style? The FBI arrested four seniors in Georgia Tuesday for allegedly using their occasional Bridge meetings to concoct a large-scale bioterrorism attack (rounded out with some semi-automatic weapons) on U.S. citizens, corporations, the media and government officials, i.e. everybody. So what was it this time, did the Medicare co-pay for Hoverounds climb a few bucks?

Probably? Use your imagination. The FBI never includes those kinds of fun details in their dry terrorism reports unless its about Osama bin Laden's fapping problems. A little fairness! All we get are the murderous paranoid rantings of cantankerous 73-year-old ring leader Frederick Thomas sounding off at one of their secret meetings.

“When it comes time to saving the Constitution, that means some people gotta die,” Thomas allegedly said.

Ha ha, meanwhile Eric Cantor still thinks he's supposed to be hiding from the peaceable protester mobs for fear they will petition him to death. [TPM]