Amtrak Derails In 'Mass Casualty.' But It's Too Soon To Talk About Infrastructure 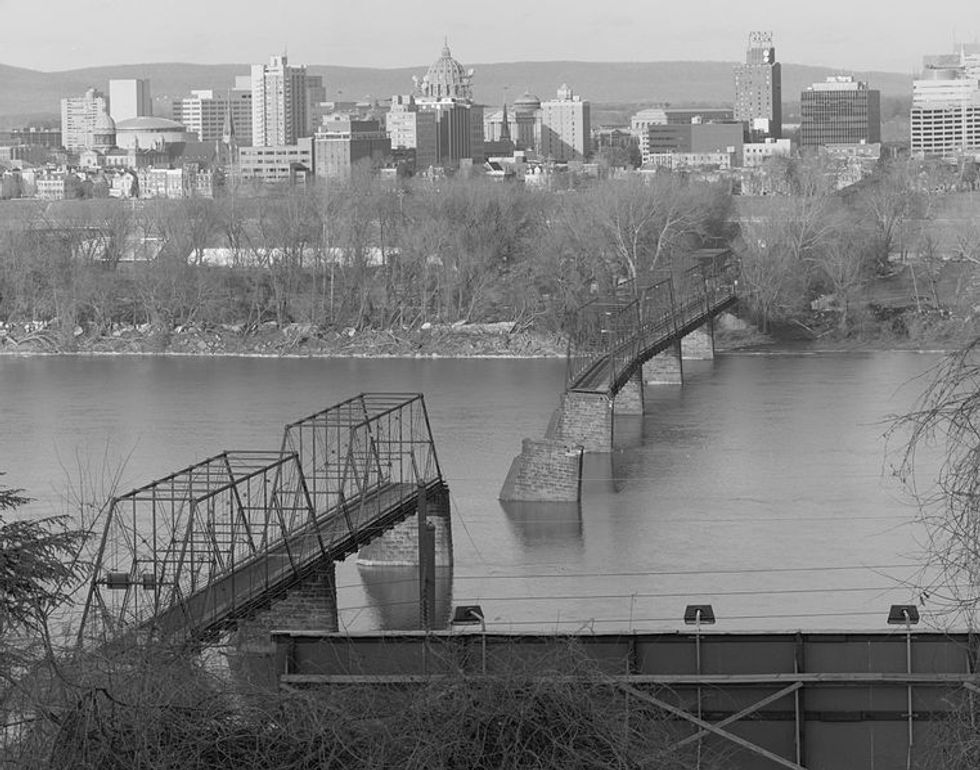 We're sorry to tell you that there's been what they're calling a "mass casualty" event in Washington state this morning after a train derailed and fell off an overpass onto a freeway. Nobody seems to know much more than that as of now.

We are further sorry to tell you that the east side of Santa Barbara is now in the path of the raging wildfires that have been engulfing parts of California for weeks now. HERE IS A LINK TO THE OFFICIAL COUNTY WEBSITE WITH FIRE INFORMATION!

We are past sorrow and into outrage when we inform you that not only does Flint, Michigan, still lack clean water after years (in a state surrounded by freshwater lakes, natch) but the problem is spreading to other cities as well.

Now we know that this is America and so we don't talk about things when they are in the news so as not to be insensitive to the people who have been impacted by them. Therefore we are not going to talk about America's crumbling infrastructure today, out of "respect" for the people who wouldn't be having the worst imaginable day right now had we talked about this before.

We are not going to mention that 9.1% of our bridges are "structurally deficient."

It would be rude of us to mention that we are so poorly prepared for things like fires that we use prison labor at $1 per hour to fight the wildfires, which we imagine translates into very well-trained firefighters who are not at all being obscenely exploited.

We certainly would never be so churlish as to mention Puerto Rico, where the official death toll is 64 though the estimated death toll is well over a thousand, or that people there have been without power for months now. We would also not mention Texas or the Virgin Islands or any of the places destroyed by flooding this year now waiting with increasing urgency for a useful governmental response.

It would be much too forward to talk about the fact that we are bringing back old-timey parasites and previously eradicated diseases. Certainly we'd not breathe aloud that Kellyanne Conway might not be the woman to address an addiction crisis whose death toll in a single year was bigger than the American death toll of the Vietnam War in its entirety.

One wouldn't want to mention today that our mass transit systems are overburdened and outdated, despite their overall woeful inadequacy. That would be far too on the nose today.

No, we will say none of these things because it is far too soon to talk about America's infrastructure. Today is one for thoughts, and possibly prayers should you be the praying sort. Then, because this is America and there is an emergency, let us heed the wisdom of the last Republican President, you know the comparatively sane one that nearly bankrupted the country with massive tax cuts while prosecuting the longest war in American history and overseeing the runup to the biggest world economic collapse since the Depression:

Wonkette is part of the infrastructure of YOUR BRAIN. Help keep us adequate!