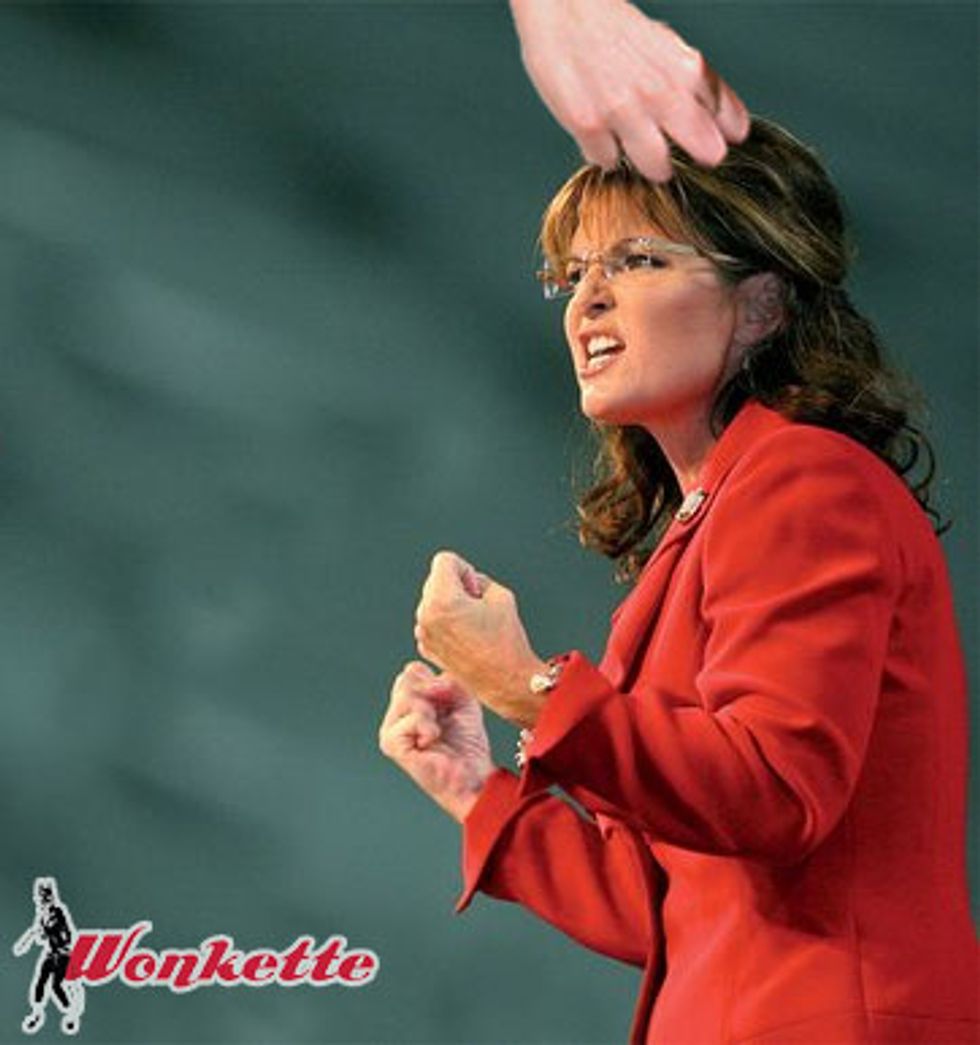 Well, look who is doing some journamalism, it is us, yr Wonkette. A delightful story about Bristol Palin's mean right hook, Todd Palin's bloody nose, and Sarah Palin screeching DO YOU KNOW WHO I AM was gossiported by our old pals at ImmoralMinority, and we done called up the Anchorage PD to say "yo, Palin fight?" and they said "maybe." ALL THE PULITZERS PLS.

Anita in the Anchorage Police Department's communications office is sitting at her desk at 7:15 a.m. on a Thursday, so probs they are waiting for a whole mess of calls from Jake Tapper or whatever, and Anita confirms that a huge bloody mess of a brawl between multiple subjects took place Saturday night, and that the Palins were "present." However, since nobody wanted to arrest anybody else, the names of the "subjects" remain not yet released. But the investigation continues!

According to the grapevine Track had some altercation with a person who may or may not have once dated one of the Palin girls. That led to some pushing and shoving, which escalated somehow to the family being asked to leave the premises.

However before that could happen a certain former abstinence spokesperson unleashed a flurry of blows at some as of yet identified individual before being pulled off by by another partygoer, after which Todd apparently puffed up his chest and made some threatening remarks. (The "C' word may have been uttered at one point.)

Yes, the C-word probably was uttered. BY US.

Anyhoo, it is probably time for anyone who was at that super-fun-times awesome shindiggity to send us some cell phone video, because WHO THE HELL WASN'T TAKING CELL PHONE VIDEO, WHAT ARE YOU A BUNCH OF IDIOTS?