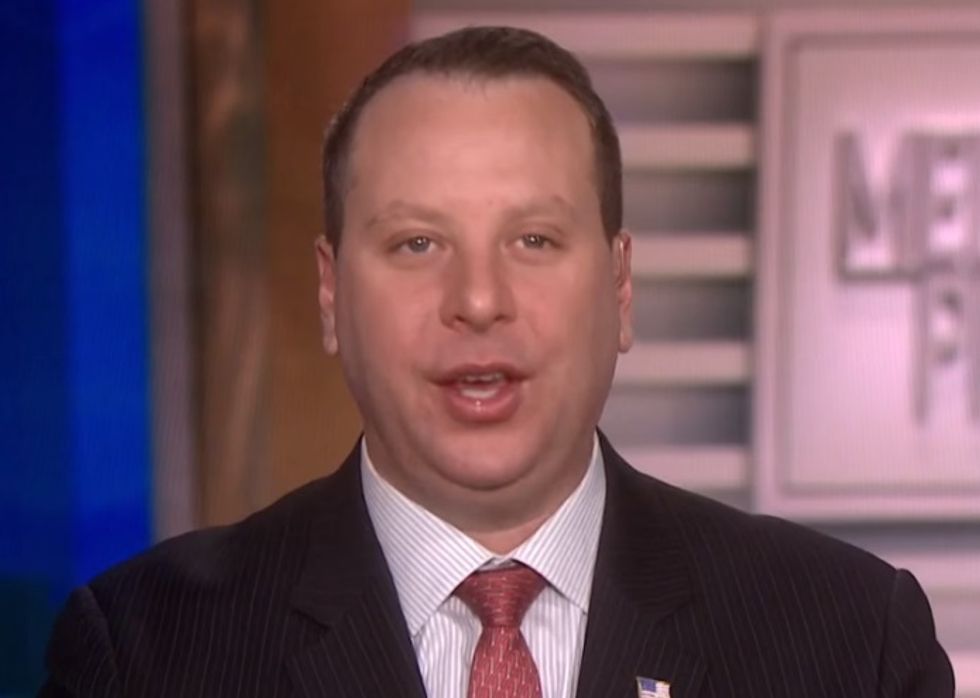 LORD HAVE MERCY. Former Trump aide/current idiot Sam Nunberg hung up his Obamaphone with MSNBC's Katy Tur on Monday afternoon, and by the time we had posted the full video, he had picked that Obamaphone right back up to call CNN's Jake Tapper, to continue his very sane temper tantrum about how Robert Mueller is not the boss of him, essentially daring the special counsel to arrest him for refusing to comply with a subpoena.

On Tur's show, Nunberg said YEAH PROBABLY seems like Mueller has evidence of Donald Trump committing crimes during the campaign. On Tapper's show, Nunberg expanded on that idea, saying BIG DUH, of course Donald Trump knew his crap-faced firstborn son was having a Russian conspiracy meeting with a bunch of Russian spies, because Trump was talking about it A WEEK BEFORE IT HAPPENED, like some kind of person who just loves doing conspiracies with Russia. WHOA IF TRUE, and holy shit, we bet it is! (Just like Steve Bannon said!)

BREAKING NEWS: After Sam Nunberg told Jake Tapper that Trump knew about Donald Trump, Jr.’s meeting at Trump Tower with Russians, Robert Mueller has offered him a deal: There will never be any charges if he agrees to keep going on Jake Tapper’s show. https://t.co/xKFL6n8SvD