And There Was Quite A Teabagger Yiff On 'Second Life,' Too 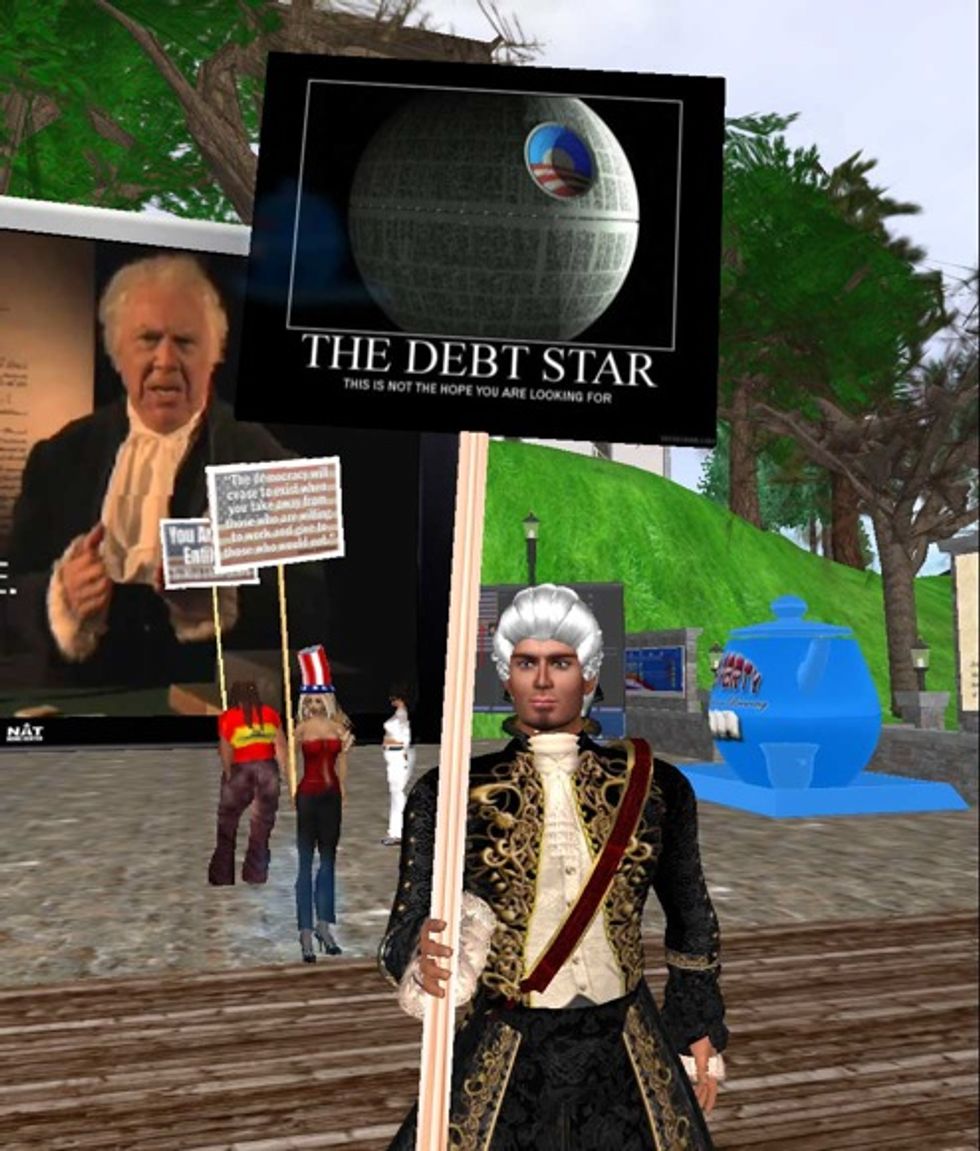 We'll just throw all of these pictures in and not bother with the one-liners this time, because this is Art and must be respected. Here are some important themes, motifs and keywords though:Star Wars, furries, whores, the boardwalk, YouTube Thomas Paine impersonator as Big Brother, French aristocracy, CNN, Osama, Obama, media saturation, Adolf Hitler, attractive hobos, homosexuals, racism, black people, vulgarity, cancer, testicles, death, sadness, misery, failure, and gonorrhea.