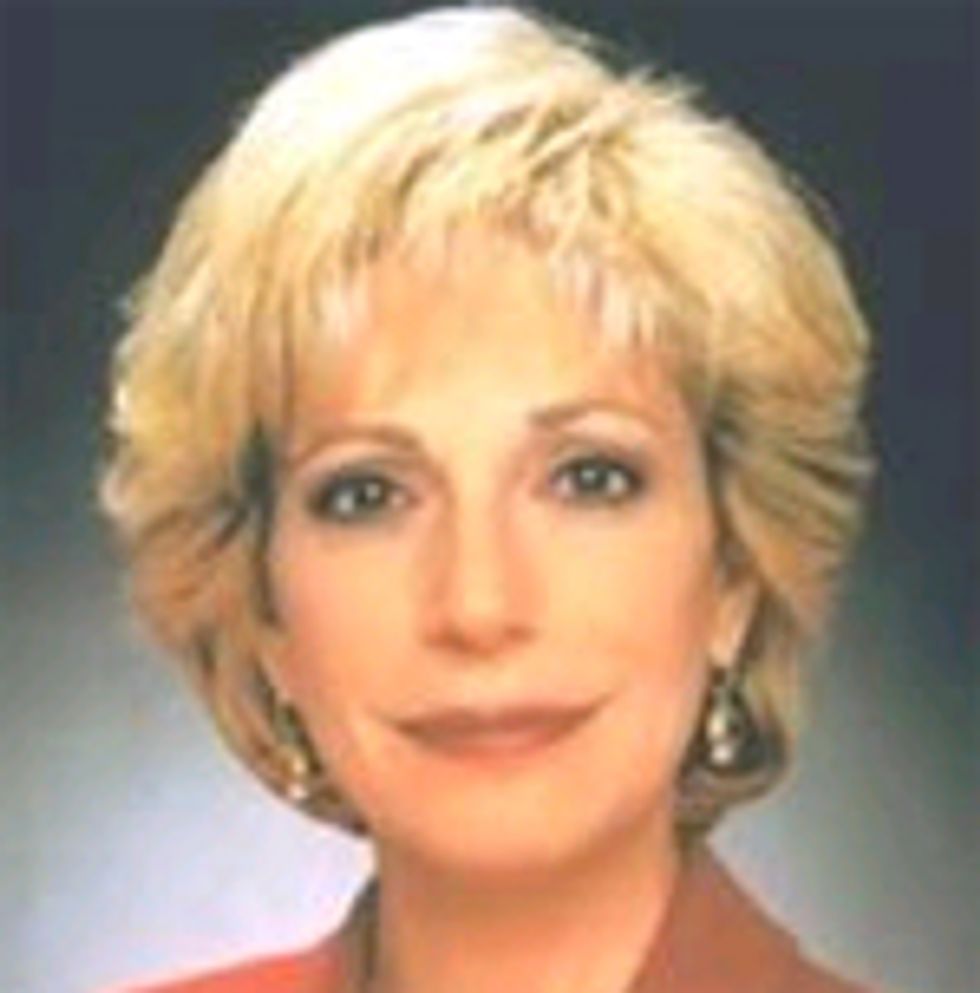 Someday Andrea Mitchell will publish her memoirs and it will be the most rollicking account of a sassy girl reporter navigating our nation's halls of power since Barbara Walters' book came out. It will be all about crazy three-ways with Objectivists and that time she shared a spliff with Spiro Agnew. But in the meantime, everybody is constantly being mean to Andrea Mitchell because she's always shilling for the other guy.

Way back in late July, when people were oohing and aahing over Barack Obama's European concert tour with the Decemberists, Andrea Mitchell was making Democrats mad by complaining about lack of press access.

Now Andrea Mitchell is making Republicans mad by passing along speculation that John McCain was not imprisoned in a soundproof dunce cap before he went on Rick Warren's little religion discussion thingy.

So is this gal actually a "good journalist"? Or is she just a puppet who just reads out loud whatever angry memo she just received from whichever presidential campaign happened to just send one? Time will tell, and in the meantime we await her tales of going bobsledding drunk with Margaret Thatcher.

UPDATE: Oh whoops she already wrote a memoir! Who knew?