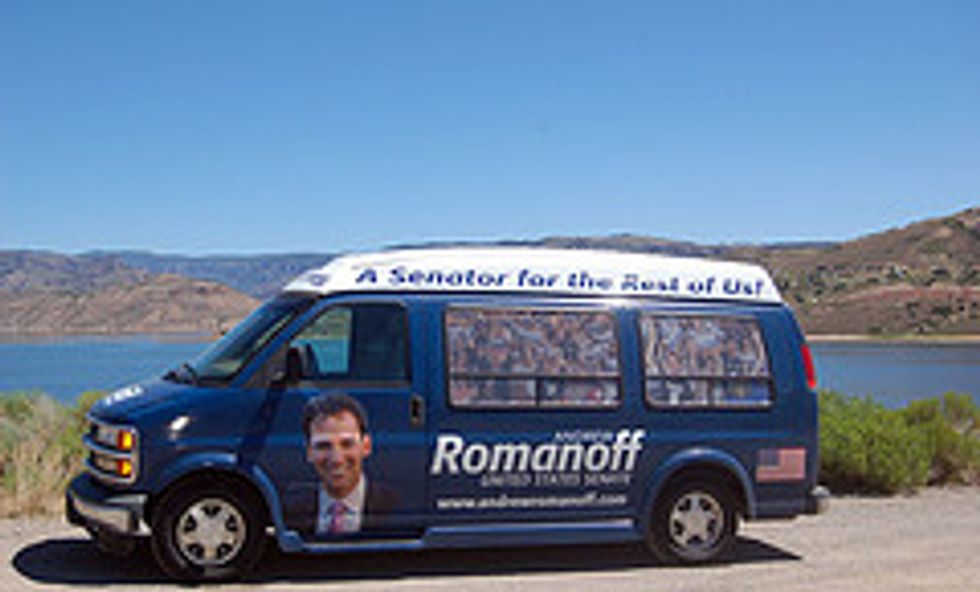 Colorado Democrat Andrew Romanoff is having trouble raising money for his Senate primary campaign against Sen. Michael Bennet, so he decided to go the "desperate homeless man making bad decisions" route, as hesold his house and gave to his campaign the $325,000 he got out of it. “I’m never home anyway,” Romanoff said. And you will never be home ever again, Romanoff, as you will spend the rest of your days turning tricks in seedy Colorado ski resorts after you lose.

“I’d like to create a democracy where you don’t have to sell your house to win the U.S. Senate, but we’re not there yet,” he said.

Well, crazy, we are a democracy where you don't have to sell your house to win the U.S. Senate. Do you see Alvin Greene selling off his assets (three t-shirts, a pair of shorts, a pair of shoes, and a suit)? No. And you have raised millions more dollars than he has. Learn to live within your means!

“I expect to win and repay the loan. I happen to believe Americans of modest means deserve representation, too.”

Yes, sure, "Americans of modest means," whatever, but you didn't have to become homeless. Even Alvin Greene has shelter.

This cannot end well. Are the voters supposed to trust his financial decisions now? "Oh, I'll just sell my house so I can buy a few more teevee ads. That's a sound budgetary decision." It would be terrible for us suddenly to have a U.S. Senator who can't balance a budget. [Denver Post]