Angry Fox Viewers Yell At Each Other, And It Is Hilarious 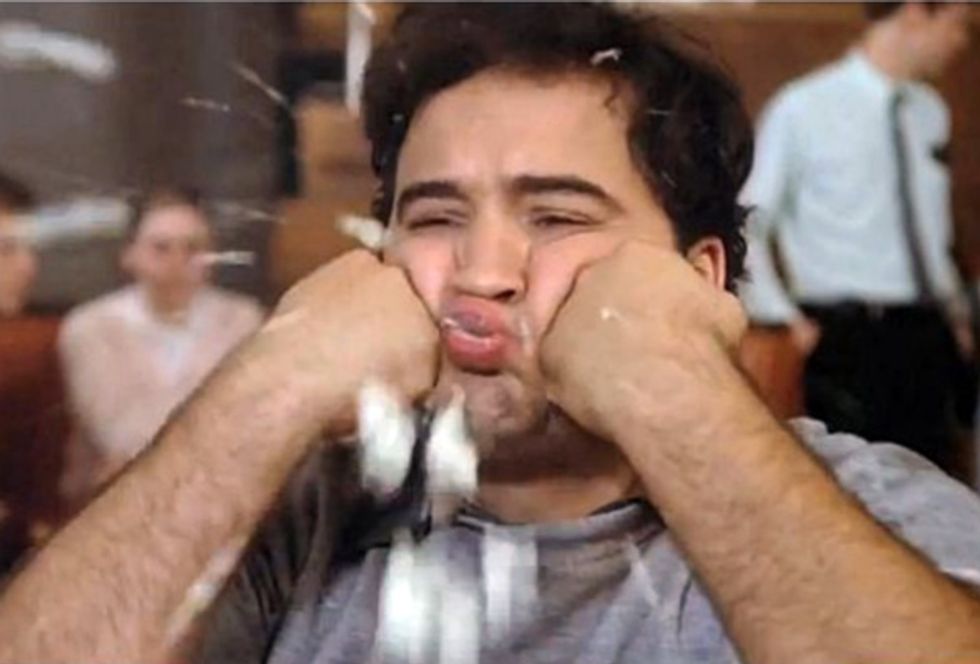 What happens when you take a roomful of Fox viewers and make them talk about Donald Trump? Classy comedic gold, y'all, GOLD! Treat yourself to nearly two minutes of these morons yelling words at each other, like this lady here:

If that lady had a mic, she'd SO drop it. But this dude says she a idiot. Tell her, this dude!

People have not done their homework on Donald Trump. Look at his books, he's been all over the fence on issues over the years. He changes his views like he changes his underwear.

Nice use of air quotes, mic-dropping lady, and good for you for opposing facts. You're a True Republican. Just like this other lady, wearing VERY PURPLE eye shadow, who is saying some words, in no particular order at all:

I think he'll get the jobs, but I think he'll also get the right people to bring the constitutionality back, of this country.

What the eff, purple eye shadow lady, are you even saying, in that sentence? Also too, are you related to the Palin family by chance?

Here's some other other lady, who has really internalized her Donald Trump Talking Points that Donald Trump is a TEN BILLIONAIRE and he will do that to America too, obviously, to Make America Great Again!

We don't know, some other other lady, guess we can't say that. We can, however, snarkily add that Trump sure knows how to create jobs for un-American non-Americans, ZING, SNAP, YA BURNT!

[h/t Gary Legum, Wonketter, from whom we shamelessly "borrowed" this headline, thanks, Gary!]