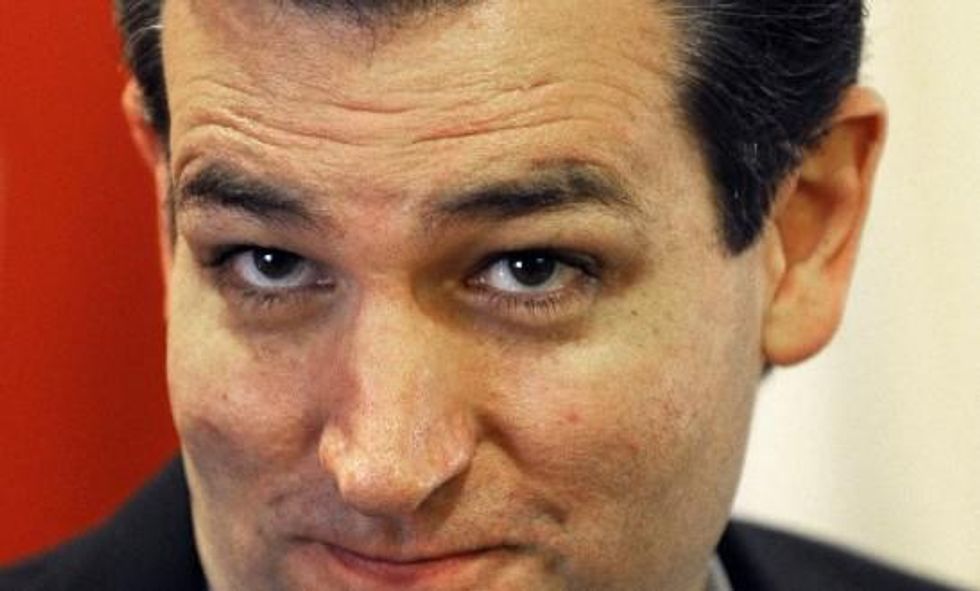 [contextly_sidebar id="sYfHnHyfVzbeWj6UAwBDGWholmkfAu6N"]Now that the "precarious" issue of Ted Cruz's citizenship is fair game -- and shut up, yes it is -- now is also the time for all good men, plus Ann Coulter, to come to the aid of their country and make sure that unlegal foreign from the United States of Poutine Tacos does not get to be president.

[contextly_sidebar id="7K7ibqIQUi7xribR69TkmMk3QlcHt9qU"]We're sure that Ann Coulter (who still desperately needs a hug, if someone could get on that please!) was equally concerned about John McCain in 2008, since he was also "born outside the U.S [sic]," but frankly, we don't give nearly enough fucks to bother Asking Jeeves about it. We'll simply assume she wasn't because John McCain is white -- like, for reals legit super white. So there'd never be any reason to be just askin' questions about where he is really from and whether he is really eligible to be president and who the hell does he think he is anyway, huh?

Also, Cruz is fair game because he is polling very well against Donald J. Trump, and Coulter loves Trump and his racism so goddamned much, she wants to have his abortions. Seriously:

Do we think this latest round of questioning Cruz's eligibility is hilarious or SO GODDAMNED HILARIOUS WE CAN HARDLY BREATHE? Yes. As does the White House:

White House press secretary Josh Earnest said “it would be quite ironic” if, after years of questions surrounding Obama’s U.S. citizenship, Republican primary voters were to choose the Canadian-born Cruz as their nominee.

Earnest noted Cruz is "somebody who actually wasn't born in the United States and only 18 months ago renounced his Canadian citizenship.”

Asked whether Obama is enjoying watching Cruz deal with questions about his birthplace, Earnest replied, “I don’t know if he does, but I sure do.”

We sure do too! Which is why we strongly encourage Republicans to take heed of Donald Trump's completely sincere warning that a Cruz nomination would be such a sadfaced shame for Cruz, firstly, but also for the party, since President Trump would probably have to deport him back to Mexico after the November election. If not sooner.