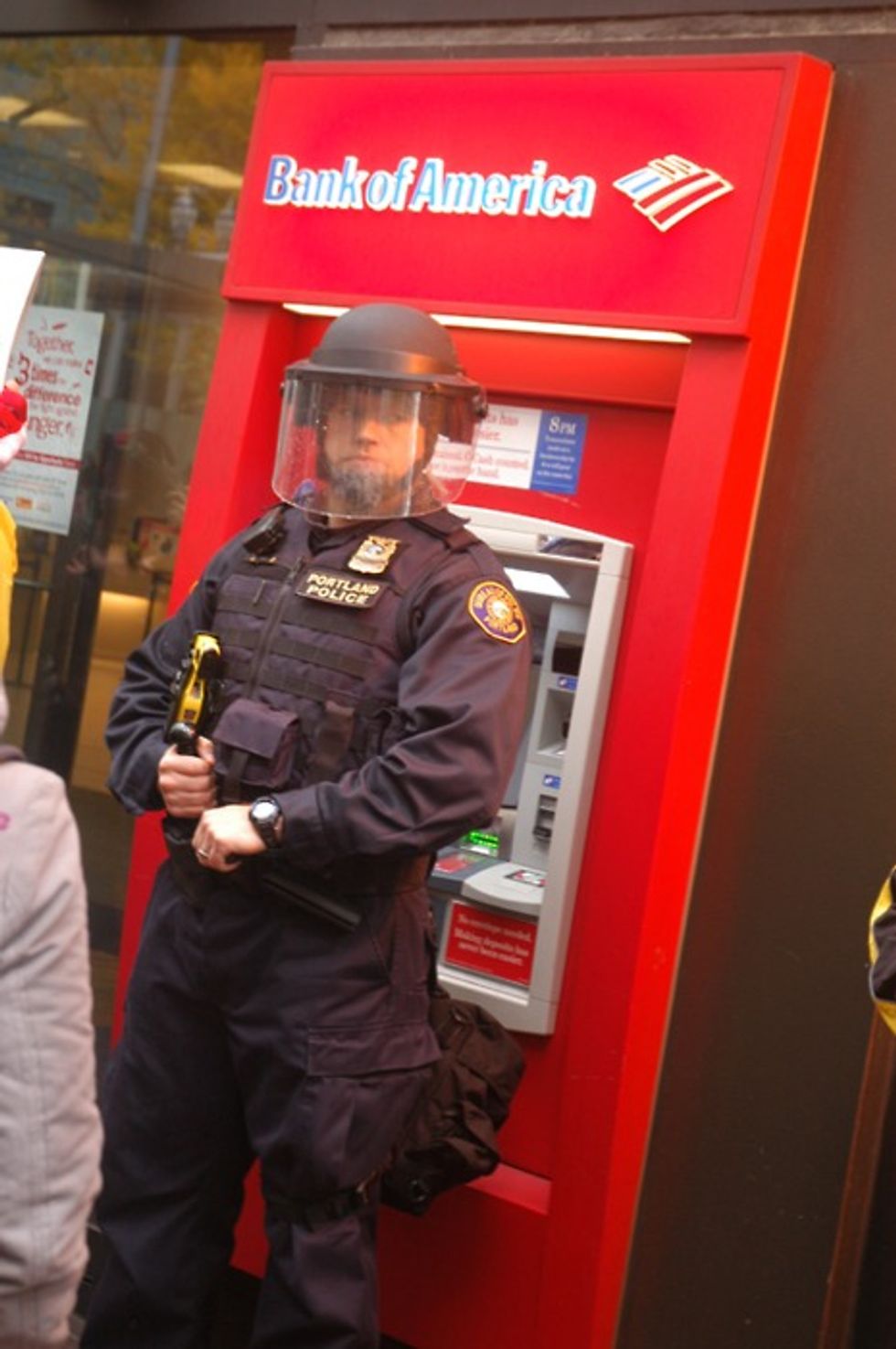 People of a certain age (22?) may remember a distinct feeling of hope back in 2008, when a certain candidate for president symbolized a hoped-for end to the pent-up anger, disappointment and disillusionment of the Bush Junior years, the reduced-expectations era of Kerry and Gore and (gah!) Lieberman and Edwards, the reliably chaotic economic bubbles and collapses, the terrorism and consumerism, the disastrous foreign wars, the economic injustice, the willful ignorance of the environmental disaster, the brazen crime spree of the elites, the death of the American Soul, etc. The street artist Shepard Fairey's now-famous HOPE poster made Barack Obama the living icon of that "okay let's give it one more try" enthusiasm. And, uh, well, Obama couldn't even be bothered to change the Defense Secretary, let alone anything in the Wall Street-run Treasury and Fed.

Icons do not get a second chance, whether in human or artistic forms. So Fairey's new poster with the sinister Guy Fawkes/Anonymous #OWS protester isn't going to "change" anything for anyone. But it is a fitting symbol of the complete evaporation of the vast reservoir of good will Obama had access to, when he entered the White House just three years ago.

The art of this moment is seen in the GENERAL STRIKE/DIRECT ACTION posters by R.Black and Erik Drooker, or in the signs carried in the street actions, or especially in the Bat Signal messages in New York last night. Or maybe in this photograph of an American Cop showing what he truly works to Protect and Serve:

Anyway, take note of the moment when the Obama-HOPE poster guy threw his hat in with the #OWS movement. [Shepard Fairey]