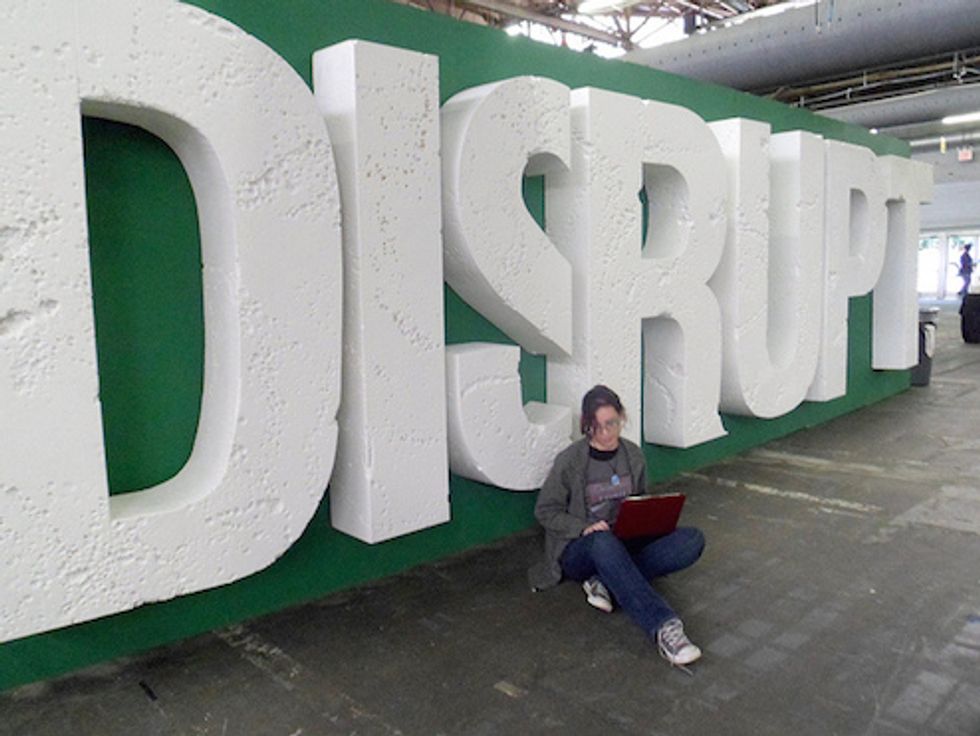 Can we just get this out of the way: techbro brodude tech guy bros are the worst of the worst. They're always talking about how they're going to "disrupt" things when really all they are doing is ordering lunch from Seamless or something. But they are at their very super duper exxxxtreme worst when they decide to take their thought leadering disruption making brains and run for office. Exhibit eleventy: "tech evangelist" Ro Khanna, who is primarying incumbent Democratic Representative Mike Honda in, of course, Silicon Valley.

First, a little bit about Mike Honda. We are not tech-loving Valley dwellers, but from what we can ascertain, Mr. Honda looks to be a perfectly likeable and adequate Democrat who likes things like honoring Japanese-Americans who were incarcerated in World War II and providing affordable housing in Silicon Valley. You might think these are good things, and think to yourself "hey, I would vote for Mike Honda!" but that is because you do not have a big disruptive brain like Ro Khanna.

Khanna launches into a riff about LinkedIn founder Reid Hoffman and the power of technology to radically improve business and society. Khanna thinks he can apply similar lessons to politics.

"We have to disrupt the system," Khanna says of Washington, criticizing that notoriously inefficient town on the other side of the country.

This is not a platform. This is not even a particularly astute way to talk about disruption, as one can disrupt the governmental system of these here United States of America by shutting the government down, which is not exactly a big efficiency increaser. People can disrupt your face by punching it, but that does not make it a desirable course of action, particularly for your face. Indeed, it doesn't appear that Khanna has any particular reason to want to be in Congress except that he wants to be in Congress, which is also too not a platform.

Also, did you know if you just wave a magic wand and say something is a startup, it is magically great and efficient? True fact!

"What is the biggest difference between Silicon Valley and Washington?" Khanna asks the Cupertino students. "The biggest difference is that here, there is a sense that failure is OK. Risk-taking is OK. It's only here in Silicon Valley where I said to different people, 'I am running against a seven-term incumbent, here is my plan and here is how I'm going to win,' and they said, 'That makes perfect sense! It's like a startup!'"

Yes, running for a seat in a democratically elected body which has to work with hundreds of constituencies and millions of people and follow pesky laws and rules is TOTALLY LIKE RUNNING A STARTUP.

Jesus, can you imagine being stuck in a room with this guy? It would be like having a younger, less mustachioed Thomas Friedman jabbering at you.

It goes without saying, but we will say it anyway, that tech people are swooning over this guy.

Khanna's list of financial contributors reads like a Bay Area society magazine: Sheryl Sandberg, Shawn Parker, Marissa Mayer, Marc Andreessen and John Doerr are among the executives and venture capitalists backing his campaign. Google Chairman Eric Schmidt is on board. So is California Lt. Gov. Gavin Newsom, himself an advocate for using technology to streamline government.

Oh, but guess who also too likes this guy? Did you guess "libertarians who are pretty much not even all that secret Republicans"? Give yourself a cookie!

Of particular worry are Khanna donors like Peter Thiel, the libertarian-leaning hedge fund manager, and JetBlue chairman Joel Peterson, who have given money to Republicans like Sen. Ted Cruz of Texas and 2012 GOP presidential candidate Mitt Romney.

We might even dislike this guy more than that bankster dude, Neel Kashkari, that is running against Jerry Brown in the governor's race because at least Kashkari is actually running as a Republican, while Khanna is cloaking himself in Cool Dude Techbro Startup Talk and will just get in there and go libertarian all over your face, California. Wise up now before it is too late.