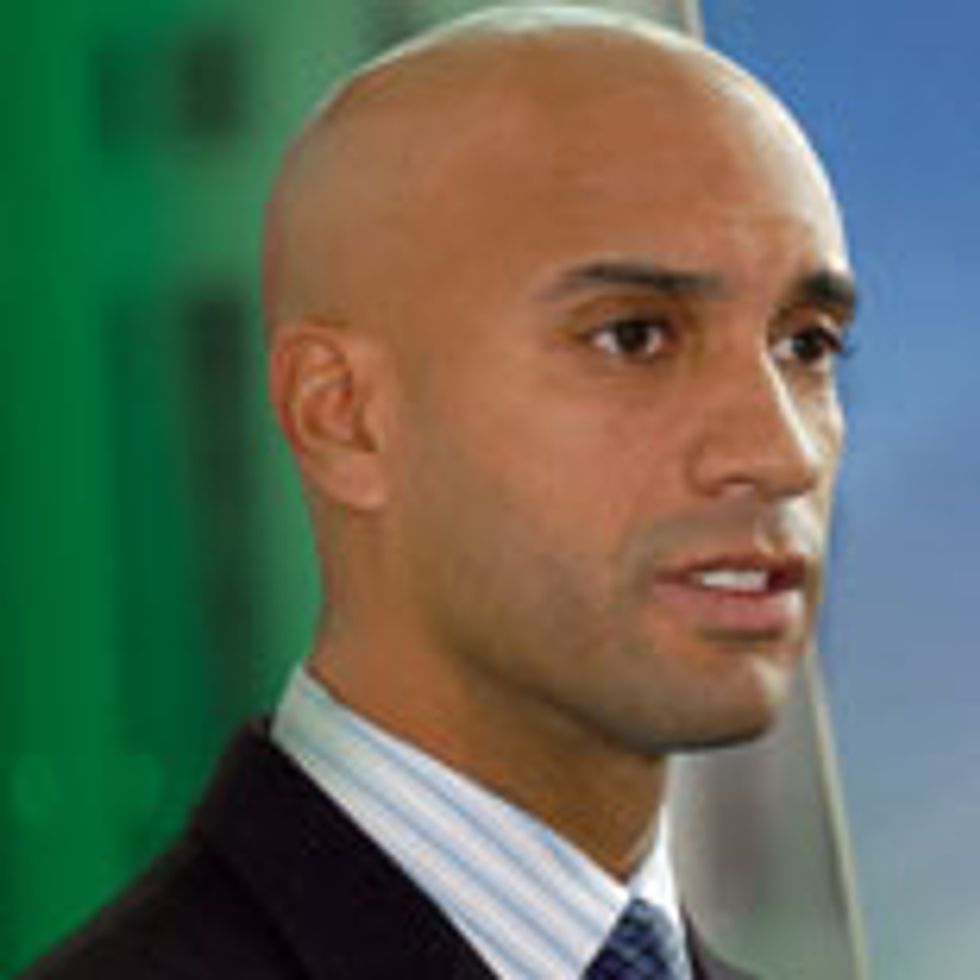 D.C. Mayor Adrian Fenty was already having enough trouble in his re-election campaign against Council Chairman Vincent Gray before mysterious flyers and ads in theWashington City Paper started appearing depicting Fenty in a diaper on a rocking horse and bearing the title "SLAP THIS BRAT." The diaper fetishist constituency is sick of your BROKEN PROMISES, Adrian Fenty, and wants you IN A DIAPER, BEING SLAPPED, SO WE CAN ALL JERK OFF TO IT, AS SOON AS POSSIBLE.

According to the Post, the flyers may break city election law as they do not bear any information about who funded or distributed the signs, which are also appearing on telephone poles, though calling for some guy to wear a diaper and get slapped is not necessarily a political campaign.

Gray's campaign has denied any involvement, and they're probably telling the truth, as Gray seems to have more of a fetish for looking like a sex offender than a baby. But Gray is certainly enjoying the challenger's advantage of not having the voting public angry at him because he has never appeared in a diaper.

Perhaps, though, this is not the work of fetishists. Perhaps this is viral marketing signaling a new contender is about to enter the race, a contender who is an actual baby. TRIG 2010! [D.C. Wire]