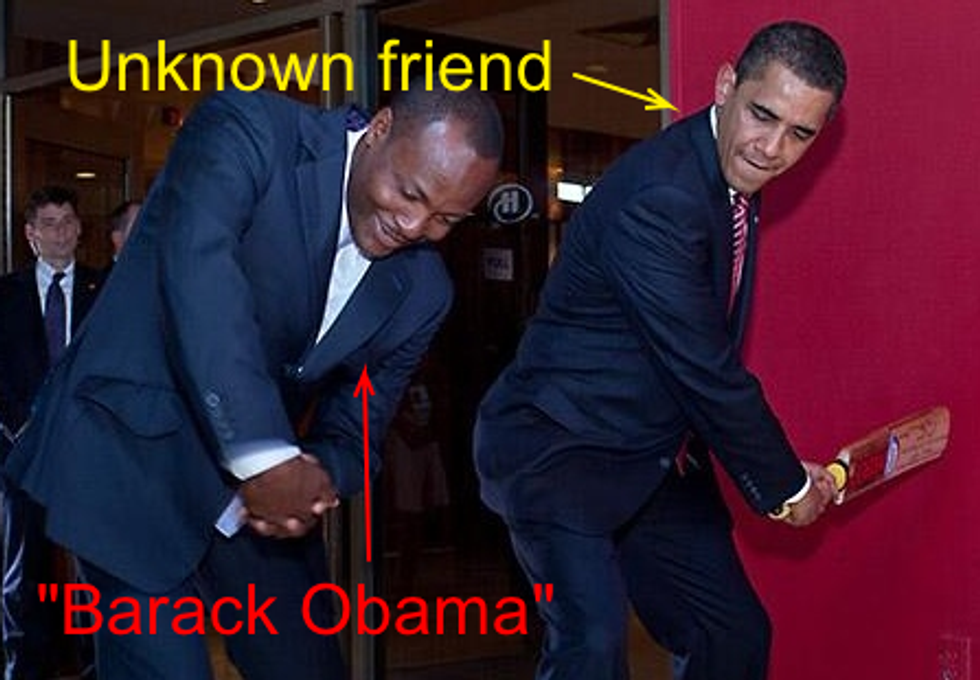 Less than three years after delivering a rousing speech at the 2008 Democratic National Convention that prompted glowing reviews from pundits and attention the world over, rising political star "Barack Obama" of Illinois hasannounced he's running for president of the United States, becoming the second black chief executive in the race after Republican Herman Cain. While some may balk at Obamma's lack of experience coming into the race (he has yet to even finish a full term in his current office), it's hard to argue with the "media moment" the man has created for himself and the momentum and enthusiasm he carries into the race. We're going to keep an eye on this fellow. If a few things fall his way, Barak Obuma could have a shot at the nomination.

Here's the campaign launch video that was sent to us (Obaama's operation somehow already has our e-mail address):

We have to admit, this is pretty presumptuous, all these people referring to the young politician as "President O'Bama" and speaking in the past tense about him being elected president. But showing representative voters from various swing states pledging their support helps the viewer visualize this black man being elected by a majority of the country, even if that seems a bit far-fetched at first.

The campaign also launches with a gimmick: In the e-mail, Ebama says this will be his "final campaign" in politics. If elected, would he be able to stick to his pledge to only serve one term? It's hard to say, but it's an interesting strategy that will definitely attract some attention.

It's still too early in the race to assess Obbamu's chances. He's spent scant time in Iowa and New Hampshire in recent months, which may have led some to believe he wouldn't jump in the race, and will mean he has his work cut out for him in the early primary states. While on paper other candidates, such as Tim Pawlenty, have much more experience in elected office, Brock O. Bumma does have charisma, and that may be enough to win over those who don't quite envision him being president.

And also he's in charge of our armed forces in three different wars overseas, so there's that.