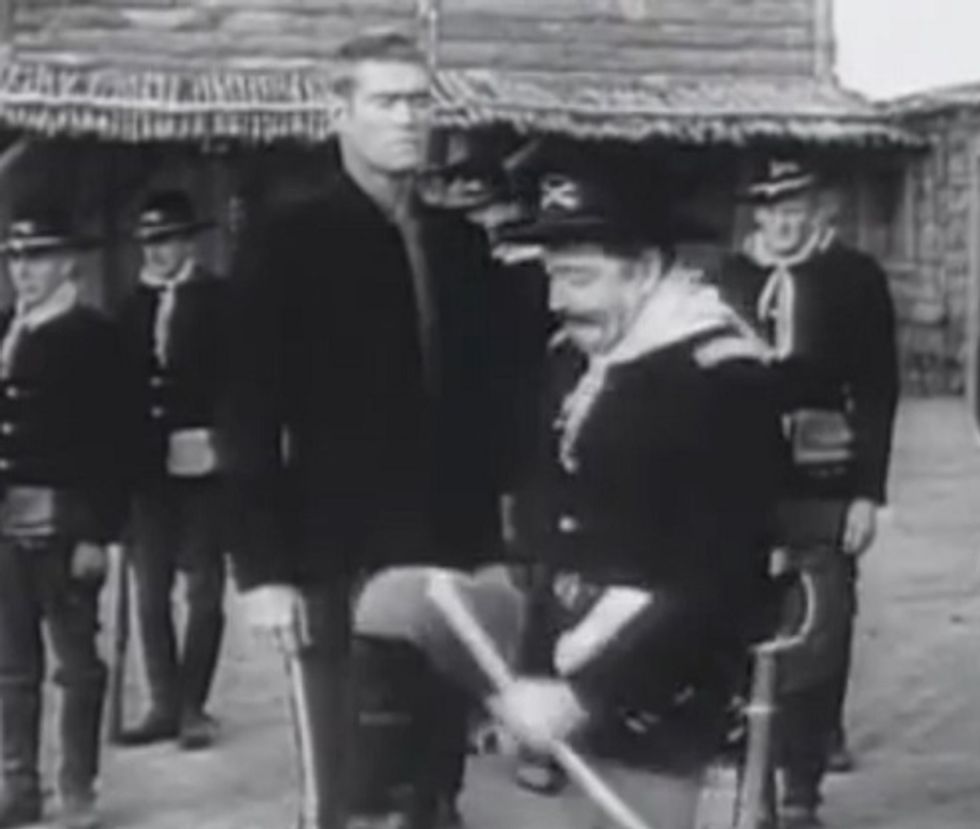 Poor Lindsey Graham! Despite being a rightwing jerk, he is apparently not rightwing jerky enough for the Republican Party of Fairfield County, South Carolina, which passed a resolution Monday censuring Graham for "a long series of actions" that they "hold to be fundamentally inconsistent with the principles of the South Carolina Republican Party[.]" In fact, it's the second county GOP group to pass such a resolution. Breitbart horcrux Matthew Boyle outlines some of Graham's unspeakable offenses:

We especially love that last one, which sounds like it sneaked in from a Firedoglake forum and seems weirdly at odds with the first item -- shame on Graham for seeking to arm Syrian rebels who may be allied with al-Qaeda! And shame on Graham for supporting Barack Obama's drone program that blows up Americans allied with al-Qaeda! Fer shame, fer shame, fer shame!

The remaining particulars include a grab bag of wingnut paranoid rants; may as well throw a little of everything, right?

And of course, the beauty of it is that they don't really need to tie any of this to anything specific; just grab some crap off WND or Breitbart and suddenly Graham is an Obama-hugging RINO. We'd feel kind of bad for him if he hadn't already made a career of talking tough and throwing hyperbole himself. Poor Lindsey Graham.