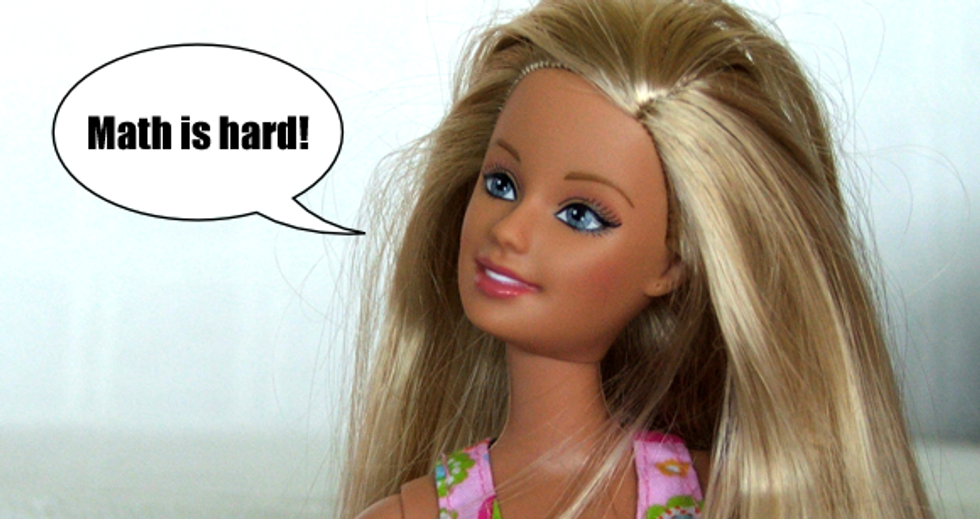 So Thursday on the Twittersphere, some pro-choice ladies had a big internet event, telling their own stories of having had abortions, with the goal of reducing the stigma of talking about a legal medical procedure that one in three women have had. The 1 in 3 Campaign featured a hundred people telling their stories and tweeting about them.

This did not sit well with Fetus Fetishist Jill Stanek, an anti-abortion activist who was briefly notorious in 2007 for passing on rumors (horrifying if true, you know) that people in China frequently eat "sweet and sour fetus" -- a claim she's never backed away from, as far as we can tell. Hey, she was just reporting.

When Stanek saw this "one in three women have an abortion" nonsense, she knew she had to correct it, and she went right to a pro-choice organization, the Guttmacher Institute, to blow that claim right out of the amniotic fluid. Here's her devastating YOU LIE! tweet, as captured by Guardian columnist Jessica Valenti*:

Stupid twitter babby-killers, it's 30%, not 33.3333%, and so you are all liars and abortion still needs to be stigmatized. Stanek followed up with another tweet noting that the 3 in 10 statistic was from 2008, and that abortions have declined some since then -- thanks in part to the relentless growth of laws against clinics -- so stop with the filthy lies, you 3-or-4 percentage point liars! Nobody wants abortions anymore, absolutely nobody, or maybe almost a third of women, but definitely not a full third.

Also, we're pretty sure that since these ladies can't get simple math right -- one in three, three in ten, seven of nine, WHATEVS! -- probably because of all those hormones, Larry Summers is completely vindicated.

*Valenti also told her own story as part of the 1 in 3 campaign herself, so maybe she's just biased against good math.