Antifa Loves Beating Women! Say Idiot 4Chan Nazis Who Made It All Up 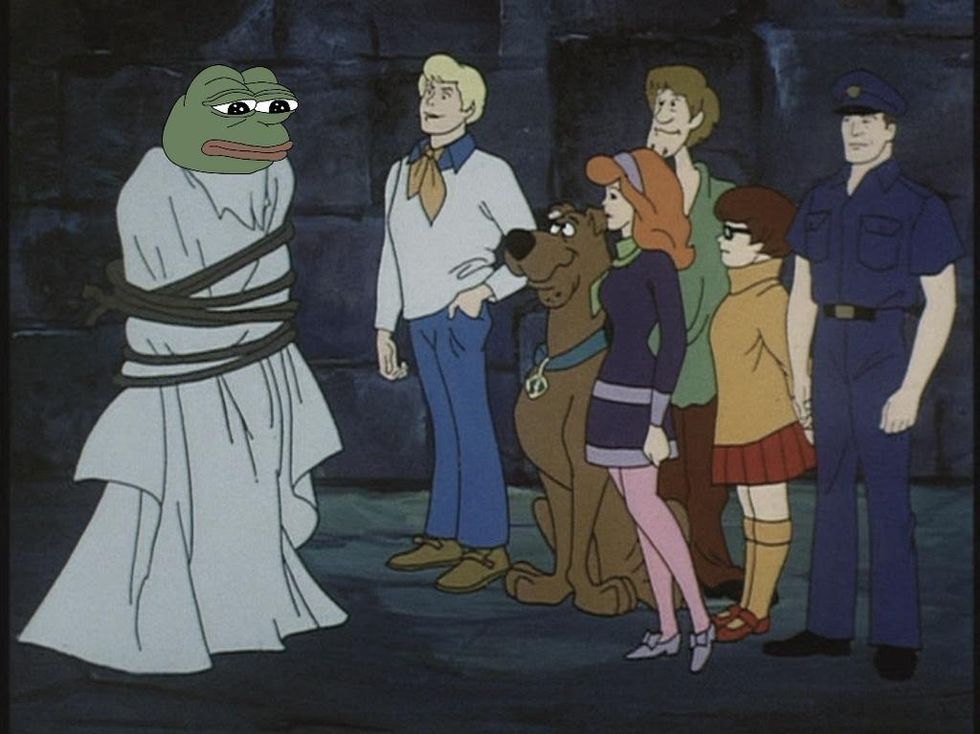 As you may be aware (SIGH), idiots on 4chan have taken to making up fake Twitter profiles for Antifa and Antifa "members." This is something they do with stunning regularity in order to push their own far Right positions. Often it's women rejecting feminism, black people rejecting anti-racism, or people embracing those things in the most absurd way they can imagine, in hopes of getting reasonable people to think that they support absurd things.

On Wednesday, trolls on 4chan's /pol/ board attempted to launch a new #PunchANazi/#PunchNazis campaign on social media in which their fake Antifa profiles would support domestic violence, in hopes of convincing people that the Left LOVES domestic violence and thinks it is super great.

The goal, as usual, was to get actual Antifa and supporters to retweet the memes, which of course did not actually happen.

The memes included clever jargon like "She said she was right-wing, so I gave her a left hook," and "It's all right, she's alt-right," next to pictures of women with black eyes. There were also several with pictures of abused children with text suggesting they be murdered because they might be the next Hitler.

However, given that they posted their nefarious plans on a public message board, and that this campaign was both incredibly obvious and stupid, said plans were quickly discovered by several people online, including David Futrelle of We Hunted The Mammoth, and British citizen journalist Elliot Higgins, best known for identifying the weapons seen in uploaded videos from the Syrian Civil War. It was then reported on by the BBC.

AND NOW THEY ARE SAD!

Because who would have thought that planning something this ridiculous on a public message board could have gone awry! Weird!

Of course, some were pretty sure that it definitely still worked, because even if they got found out, they totally pointed out... something.

The thing with these message boards -- which I maintain are a thousand times more toxic than any alt-right spokesperson could ever dream of being -- is that those who use them become so deeply enmeshed in their own views that they actually do legitimately believe they are making sense, and that this is a thing they can "trick" the left into being on board with. They are essentially brainwashed.

Part of their agenda as of late has been to try to drive a wedge between white women and people of color. Not because they particularly like women -- they don't, and many appear to be very upset about the 19th Amendment -- but because feel that this is the easiest way to split the Left, and because they have recently decided that in order to achieve their aims, they need white women to join them, for breeding purposes only.

On the bright side, they make themselves remarkably easy to track. Not only can we see what they are plotting on 4chan, but we can look through Twitter and see what accounts posted these memes, and keep track of them that way as well. Whoops!

Over on another thread, several /pol/ denizens were also whining about how they have been infiltrated by outsiders and "normies" posting threads and "making it difficult for /pol/ users who could potentially benefit from knowing certain information, and potentially coherently gather and discuss certain things, from doing so."

Which I think means they definitely want us to go over there and start posting constantly about flower arranging, right?

[We Hunted The Mammoth]