Are The Duggar Girls Planning Their Pregnancies Like Common Regular-Amount-Of-Children Hoors? 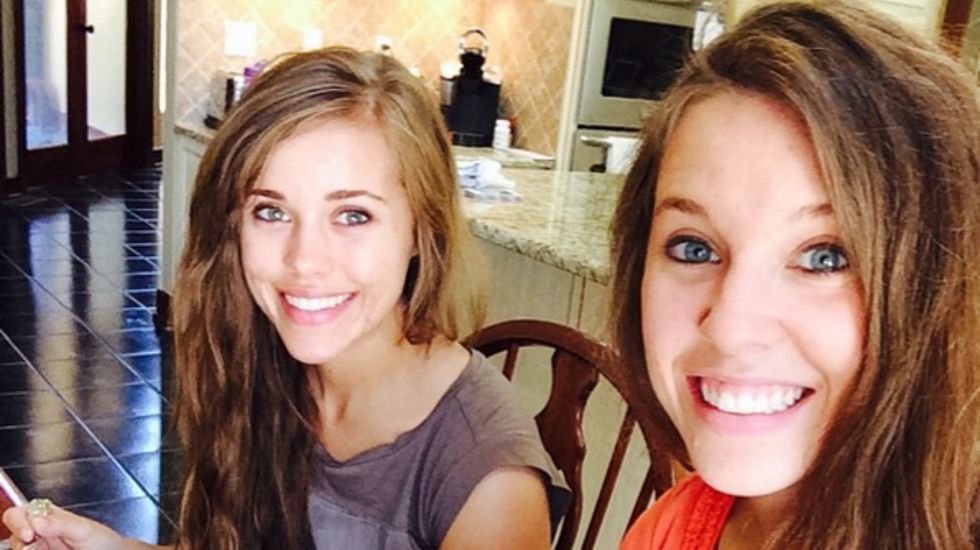 In case you did not hear, last week Jill and Jessa Duggar, stars of "Jill and Jessa: Counting On" announced (shrugged and said "sure why not") that they plan to have dueling pregnancies at the very same time. Like those pregnancy pacts we heard so much about in 2010 and then never heard of ever again afterwards.

Via The Hollywood Gossip:

They did hint, however, that the next time they get knocked up, they plan to be pregnancy-buddies.

"Which of the two of you will have your second child first?," a producer asked the girls at one point.

It's hard to say," Jessa says, shooting a knowing smile at her older sister.

"I think we will probably be pregnant at the same time," Jill offers. "But to say who will be first, well Israel is older... so we will see."

The ladies act as though the idea of simultaneous gestation periods just popped into their minds at that moment, but their poker faces aren't the greatest, and we'd be willing to bet this isn't the first time they've had this conversation.

This doesn't actually seem all that unusual, given the fact that the whole point of their religion is to be pregnant literally all of the time. It seems like it would be logical that if they were both always pregnant, they would usually be pregnant at the same time.

HOWEVER, the Christian news site Christian Daily (run by Good Christians and not heathen atheists like me), is saying that this news is causing "people" to speculate that this is all part of a plan to keep their show on the air, since TLC hasn't renewed it yet and was planning to cancel it already in the middle of the first season.

It would make sense, since -- much like their Quiverfull religion -- the whole point of the Duggars having a television show is the "Woah, these weird-ass people just keep having kids!" Thus, the title of their previous show, "19 Kids And Counting." Otherwise it's just like, "Oh, hey, here is a show about some super religious people, and their brother is a child molester and an adulterer, but let's not talk about that too much." BO-RING. Who wants to watch "Totally Reasonable Amount of Children and Then Daddy Got His Penis Tube Tied"?

It's also not too surprising that they would want to stay on the air, since they don't really have any other way of earning enough money to keep them and their family in the lifestyle to which they have become accustomed. It's not as though they are the Kardashians and can sell Duggar-scented perfumes, because that is certainly not a thing anyone wants.