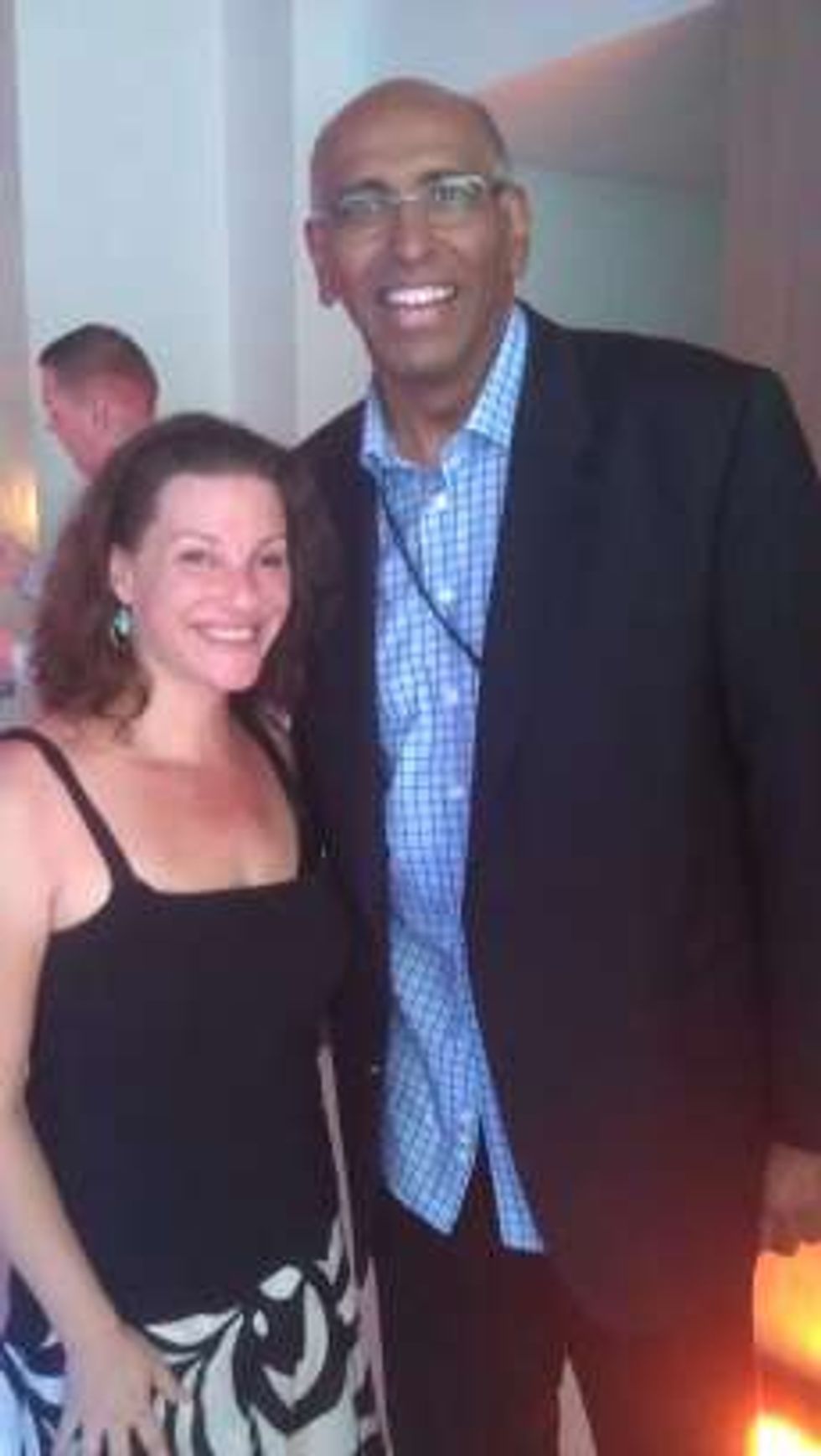 But there is one place that is open to anyone (if you are media, and are on the guest list, or just say like heyo lemme in), and that is the Huffington Post's Oasis lounge, where they feed you and give you free massages -- which, weirdly, are apparently free for Arianna too, as she is allegedly paying the masseuses as much as she is paying her bloggers? -- and facials and rub and tugs and pomegranate juice and there are white carpets and blue lights and Laura Ingraham frowning at her laptop. We are going back there right now, for our sex-orgy. (We tipped the girl yesterday $20 for our sex-orgy, because we are not Arianna Huffington.)

Anyway Michael Steele was there yesterday, and he was super nice, and we had walked about three miles to get to the Oasis thingy and we were soooo sweaty and he kept having to touch our wet, damp, dripping, clammy, sweaty back to take like four pictures in a row, and he was really nice about it. We invited him to our party, but he didn't come. Neither did Robert Gibbs, who we also invited, when we saw him by our office later that day in the Hyatt lobby bar, and who acted like he didn't know what Wonkette was, whatever, Gibbs, you fucking dirty liar.