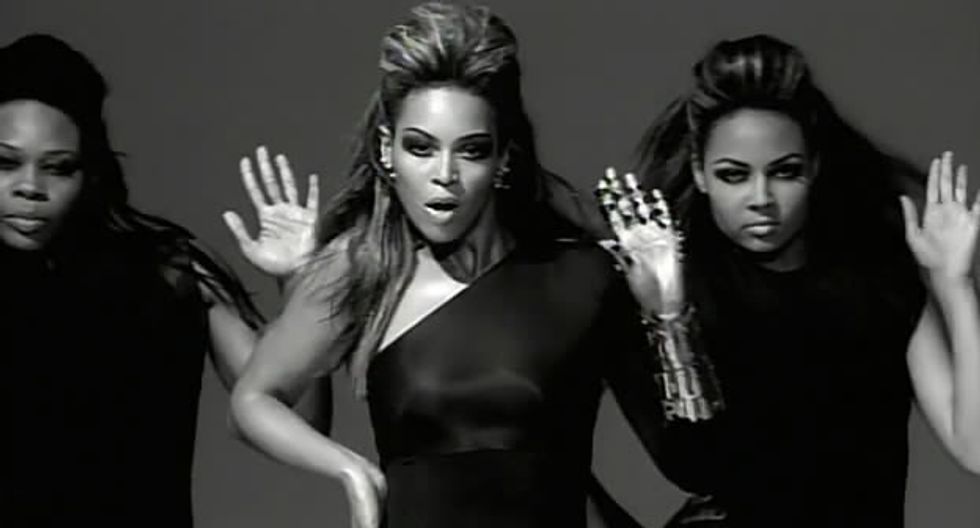 Arizona's Republican state Sen. Steve Yarbrough sure seems like a nice guy. He is freedom-fighting to protect poor, defenseless business owners fromhaving to co-exist with the enemies of Traditional ValuesTM. He has introduced Senate Bill 1062, which would simply protect religious freedom and ban discrimination against anyone unless they are gay or a not-married lady or a Jew or Muslin, but those people don't count, duh.

Experts are warning that a bill making its way through the Arizona legislature would allow businesses to discriminate against LGBT people, unmarried women or even non-Christians. [...]

And Yarbrough told The Seirra Vista Herald that the bill would allow hotel owners to refuse to rent rooms to LGBT people and would protect businesses that had a religious objection to hiring unmarried women.

What could possibly be wrong with that?

It is a simple FACT that married heterochristians are being persecuted all over the damn place, what with all the gay marriage throat-cramming and the unmarried whores popping their no co-pay slut pills and the lamestream media banning Christmas. That's why it's vital to the survival of our derpocracy that good Christian business owners have a special law that protects their right to discriminate against people they think are icky. If, for example, a wedding photographer cannot tell a gay couple who wants to get married -- even though they're not allowed to do that in Arizona, so it's sort of moot, but shut up -- that he does not want to take photographs of their hypothetical wedding, why, it will be the end of freedom as we know it. And if a business owner thinks hiring a single lady will make said business owner burn in the fiery pits of hell like Jesus did not actually say, well, who is the stupid government to tell him he can't do that? Someone must put his foot down against the ickiness, and that foot is Yarbrough.

Sad news for Yarbrough, though:

A similar bill was passed by both the Arizona House and Senate last year before being vetoed by Gov. Jan Brewer (R), who refused to sign any bills until the legislature acted on expanding Medicaid.

So we can all keep our fingers crossed that Republican-turned-RINO Gov. Jan Brewer is still on her meds and will maybe let this bill die in a fire, as it should. For freedom. The actual kind.