Arizona Legislature Has One More Gay To Discriminate Against 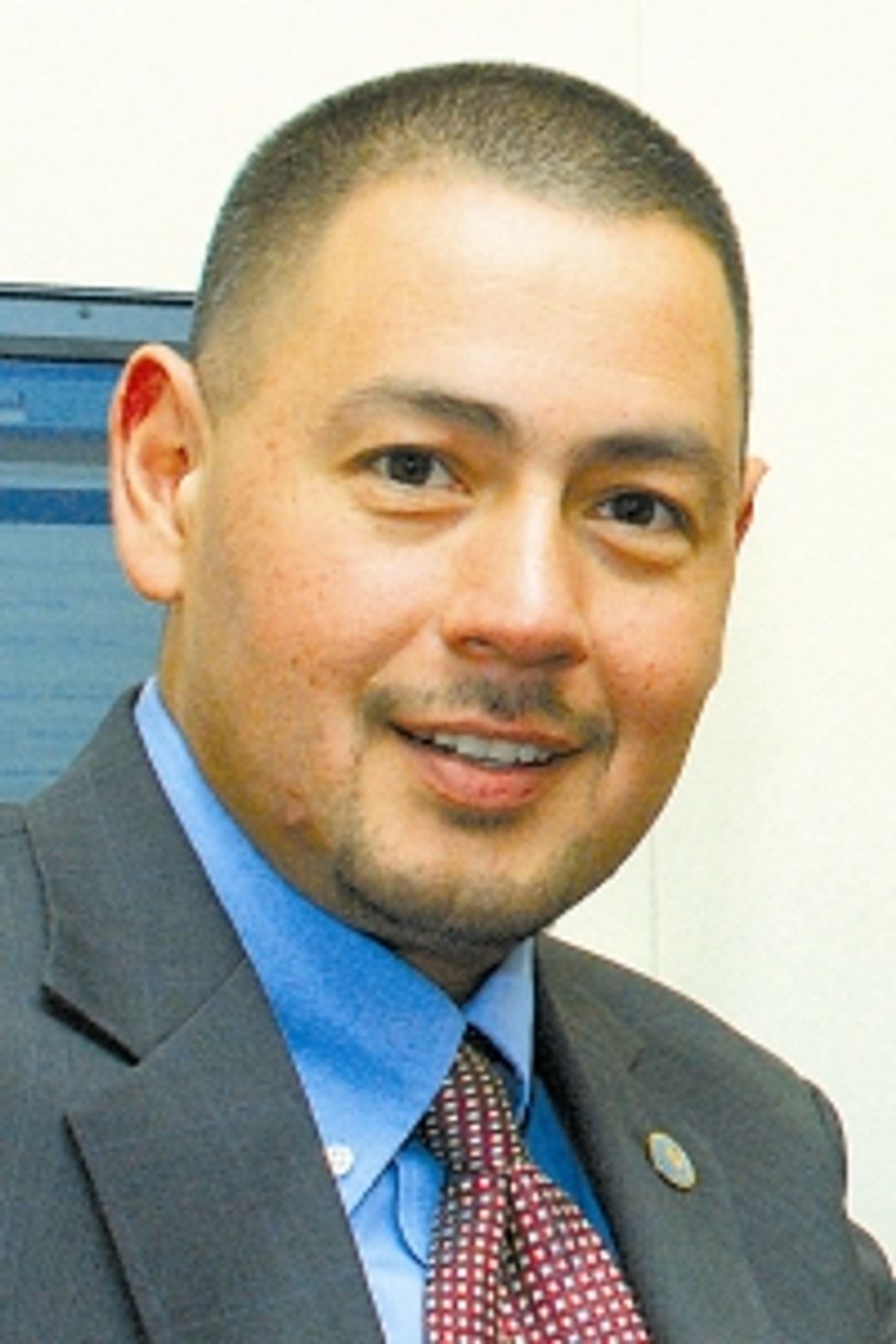 How's about a round of applause for Arizona state Sen. Steve Gallardo, who was moved by the recent excitement over the state'sdiscrimination-is-awesome bill to come out as gay today.

"I am gay, I am Latino and I'm a state senator," Gallardo said, explaining that the fight over SB 1062 had been a "game-changer" in deciding to come out. A slightly cynical person might also note that since he announced last week that he was running for the U.S. congressional seat being vacated by retiring Rep. Ed Pastor, Gallardo probably decided it was far better to come out himself than let an opposition researcher leak the news, but we are nowhere near that jaded, we really are not. Now pass us that postcard of Dorothy Parker playing whist with H.L. Mencken, please.

Gallardo told the Associated Press that the discussion of SB 1062 made it clear that it was time for him to come out:

"In the middle of that discussion, it dawned on me that this bill affects me directly, and seeing all the people come to the Capitol protesting and rallying around this bill solidified my thought and that it's time for me to stand up and say, 'This is who I am,'" he said.

The announcement makes Gallardo the third openly gay state legislator in Arizona, which is about three more than Yr Doktor Zoom ever imagined would have been in the lege when he lived in the People's Republic of Tucson. The 7th congressional district that Gallardo hopes to represent covers a heavily Latino part of western Phoenix and Maricopa County; it was redrawn after the 2010 census and should be a fairly safe Democratic district, so the August 28 primary will probably decide who takes the seat in November. Two other Democrats, about whom we know precisely nothing, have also announced their candidacy for the seat. Again, it would be terribly cynical to suggest that Gallardo's announcement will generate a healthy dose of name recognition, publicity, and maybe even donations in the early part of the campaign, so we won't even bring that possibility up. Srsly, we really are happy for Sen. Gallardo, because it can't be a picnic keeping that kind of secret in a place as aggressively strange as the Arizona legislature.

Arizona can be a pretty weird state when it comes to gay politicians -- on the one hand, you have idiocy like SB 1062, which probably represents the views of a jerkish majority, but then you also have the fact that moderate Republican Jim Kolbe managed to win re-election three times after he came out in 1996. Actually, we just realized that we could have ended that paragraph after the seventh word.

And even though it's not in the district, can we suggest a pizza parlor to celebrate at?