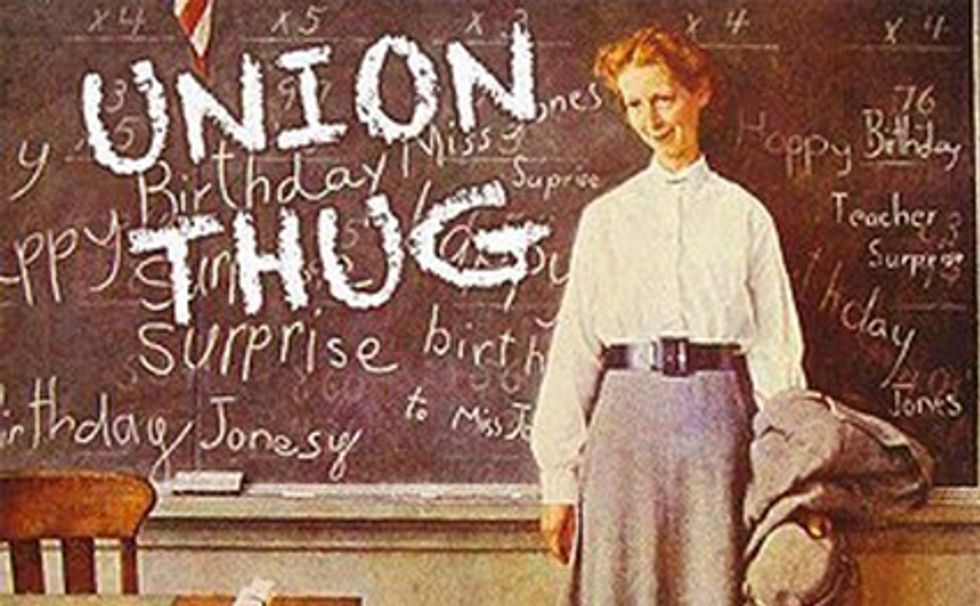 Add Arizona to the list of red states with crappy education funding and pissed-off teachers who have had enough. After teacher walkouts in West Virginia, Oklahoma, and Kentucky, Arizona teachers have voted to walk out on Thursday to demand the state begin restoring some of the $1 billion in funding that's been cut since the great recession.

What do they want? Those experts at writing lesson plans and student learning outcomes have it all spelled out, not surprisingly, on the website for Arizona Educators United, the group that sprang up to organize for better funding. They want a 20 percent raise for teachers, for starters, but they also demand competitive pay for classified school staff, a return to 2008 levels of school funding (including capping class size at 23 students and up-to-date instructional materials), annual raises until Arizona teacher salaries equal the national average, and a freeze on state tax cuts until Arizona's school funding per pupil reaches the national average. But what will Republicans run on? Won't someone think of the poor Republicans? Tough: At less than $7,500 per student, Arizona's per-pupil funding is among the stingiest in the country; only Utah and Idaho spend less per kid.

We like these meddlesome teachers! Of course, actually meeting those demands would require tax increases, which are tyrannical and probably would lead to an invasion of illegal immigrants or something. Gov. Doug Ducey has said he absolutely will not raise taxes, but then again, he's already budged a bit -- when talk of a walkout began, he said he'd hold firm to his budget plan, which included only a two percent raise for teachers; by April 12, he said he'd be willing to increase teacher pay 20 percent by 2020. Did that include any movement on the other four demands? Hell no, which is why the teachers are walking out Thursday. And even the pay raise Ducey promised hasn't actually been introduced in the Lege.

Ducey has rather pointedly not agreed to meet with either Arizona Educators United or with the actual teachers' union, the Arizona Education Association; in a statewide vote held by the two groups, 78 percent of educators voted to walk -- so they're getting ready. Not all schools will be walking out, but most will -- the decision to walk out or not is being left up to teachers, and, this being Arizona, some schools have a narrow majority that voted to stay on the job, lest the Wobblies come back or something. The state's largest school districts have already announced they're planning to close, and as with the walkouts in West Virginia and Oklahoma, teachers and parents are already banking food to provide meals to kids who rely on school lunch programs.

In a sign that this teacher walkout madness may be unnerving Republicans, who are finally facing pushback after decades of demonizing public education and teachers, a couple of Republicans in the Colorado state Senate know exactly how to head off a planned walkout -- also over school funding -- this Friday: They introduced a bill to ban teacher strikes. Not only would it allow school districts to get injunctions to bar strikes, it would mandate immediate firing -- without due process -- of any teacher who walked out in defiance of a court order, with the possibility of up to six months in prison on top of that. That's the thing with uppity teachers -- if you don't crack down hard, they might start acting like they have some kind of collective power, which is of course communism.

Yr Wonkette will keep you on top of the Arizona and Colorado walkout news; we're pretty glad to see teachers all over the country insisting that their own pay is only part of the problem. We're also reminded of an old Molly Ivins line: They say you can't solve the schools' problems by throwing money at education, but I'm not sure why. God knows they've never actually tried.