Arizona To Ban Racists and Sexists From Having Abortions 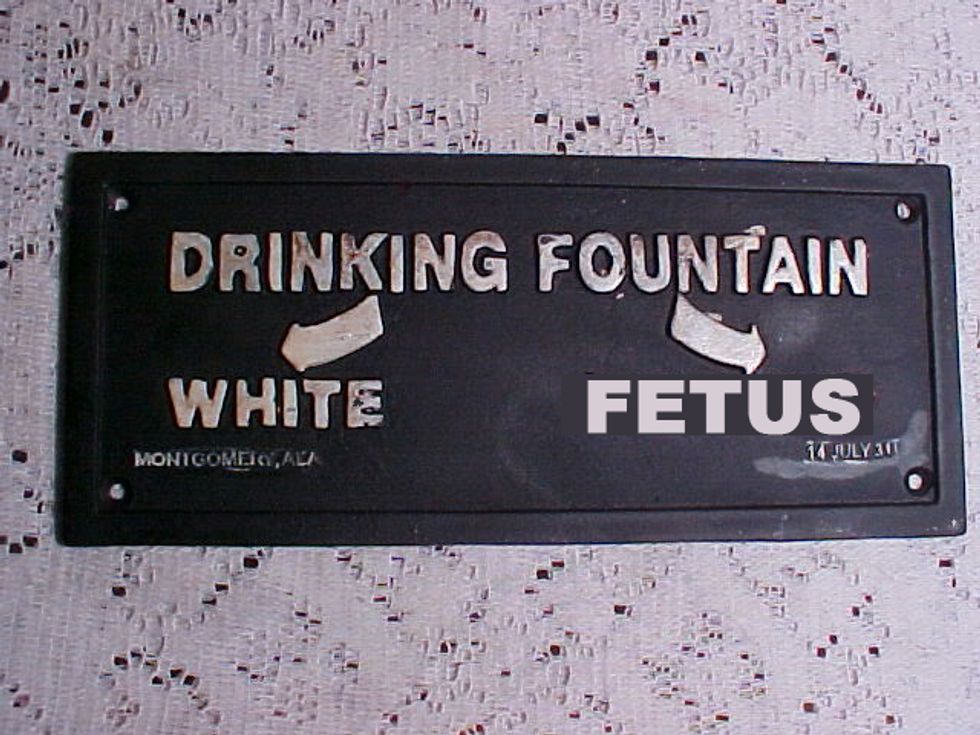 Because a state lawmaker read "a magazine article on such practices in China and India," Arizona is set toban abortions made on the basis of the race or sex of the fetus. Not that there's evidence women in Arizona abort a fetus based on its perceived race or sex; there isn't. But this is a matter of CIVIL RIGHTS and Jan Brewer and her Republican legislators are not going to stand idly by watching those brave fetus freedom-marchers get hosed down by police, handcuffed at the lunch counters, refused entry into segregated "fully-developed-child only" public schools, and turned away from playing golf at Augusta National. Doctors better be careful not to give abortions to women who believe in anything but absolute equality for all people, or they're going to be thrown in prison. Oh, and here's a riddle: Why do so many minorities in Arizona have abortions? They're racist and sexist!

Republican supporters had said that statistics show a high percentage of abortions are being sought by minority women and that abortion clinics intentionally locate in minority areas.

Oooooh! Must be because they're racist! It's the minorities who are always the ones racist against minorities, right? Thank God the noble white people of Arizona are around to make sure those minorities aren't allowed to be racist.

The law allows the father of an aborted fetus - or, if the mother is a minor, the mother's parents - to take legal action against the doctor or other health-care provider who performed the abortion. If convicted of the felony, physicians would face up to seven years in jail and the loss of their medical license.

"We shall overcome." — fetuses who can somehow talk [Arizona Republic via Wonkette operative chascates]