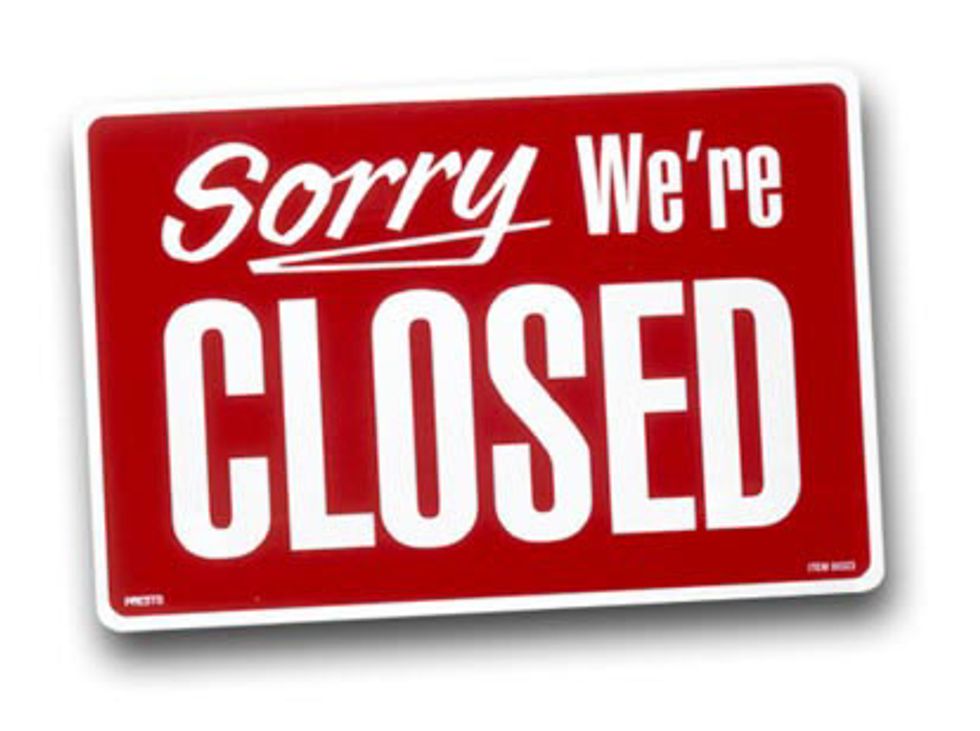 This Tuesday, the Supreme Court declined to hear arguments against an Arkansas law requiring clinics that provide medical abortion pills to have a contract with a doctor who has "admitting privileges" at a nearby hospital. Given that this is Arkansas we are talking about here, such contracts are not exactly easy to come by. In a state with only three abortion clinics -- one that performs surgical abortions exclusively, and two that exclusively prescribe Mifepristone-Misoprostol abortion medication -- this is a very big deal. Since they declined to hear it, the law has officially gone into effect.

Already, the two Planned Parenthood clinics that prescribe the medical abortion pill are having to turn patients away -- patients who already went through all the loopholes they were supposed to go through, and waited their 48 hours. While advocates intend to continue fighting against the new law, and are hoping to get another temporary restraining order, it is likely that these patients will not be able to exercise their reproductive rights at all. It is likely that they will be forced to give birth against their will.

As Amanda Marcotte pointed out on Salon, this law going to put a heavy burden on the sole remaining clinic in the state.

Previously, there was a clinic for every 223,000 women of reproductive age in the state. Now there will be only one for every 668,000.

According to the Guttmacher Institute, there were 4,590 abortions obtained in Arkansas in 2014, the last year on record. The state's sole remaining clinic will have to handle 88 abortions a week — more than 12 a day, not counting holidays — in order to keep up with that demand. That is literally an impossible workload.

Of course, Arkansas lawmakers are insisting that this is definitely all about medical safety. As is Jerry Cox, president of the Family Council, who is definitely not at all just trying to get abortion banned in the state:

Lawmakers who crafted the law said it was intended to keep women safe and to ensure that they could be treated quickly if complications arise at home.

“A woman bleeding shouldn’t have to check herself into an emergency room and have a doctor figure out what the problem is — her records should follow her,” Cox said.

Yeah, that is in no way how anything works. Your records are yours, they follow you anyway, because HIPAA. The first thing they ask, when you get to the emergency room is "who is your doctor?" Additionally, the woman, or someone who is with her if for some reason she cannot speak, can also just tell the doctors there that she took the abortion pill. There are also exciting new technological developments that make it very easy to access patient information quickly. Like the internet! And telephones! And even two tin cans strung together!

There is even less of a point to this law than to those requiring the same thing for surgical abortions, if that is even possible. You take the pill at home, so what need would you have for a doctor to have admitting privileges? "Admitting privileges" mean absolutely nothing anyway. Anyone can go to an emergency room. It's not like you get to bump the line or something if your doctor has admitting privileges. Additionally, if you are traveling to get your abortion pills, as you might in a state where there are only two places you can get them, what good is it going to do you to have a doctor with admitting privileges at a hospital that is maybe an hour or more away from you? It's not like you get to request, in the ambulance, what hospital you want to go to. It's not a hotel. They take you to whatever hospital they can get you to most conveniently, depending on distance and traffic.

An analysis of data published in the medical journal Obstetrics & Gynecology found that out of 233,805 medication abortions at Planned Parenthood clinics nationwide in 2009 and 2010, 0.16 percent of cases resulted in a "significant adverse" outcome such as hospital admission, blood transfusion, emergency room treatment, intravenous antibiotics or an infection. One death occurred because of an undiagnosed ectopic pregnancy.

I guess it's too bad, given this rate, that their elected leaders don't know how hospitals work.

But this is not about medical safety. It's about limiting access to abortion. The Supreme Court's ruling against Texas HB2 was supposed to put a stop to this kind of nonsense, but the fact that they've declined to rule here now opens the doors to other states using other ridiculous, unscientific regulations meant exclusively to limit access to abortion. Next thing you know, Mississippi will be banning doctors from performing abortions or prescribing abortion pills if they can't prove they can fly.