Arrests In The Hamptons At Romney Rent Party 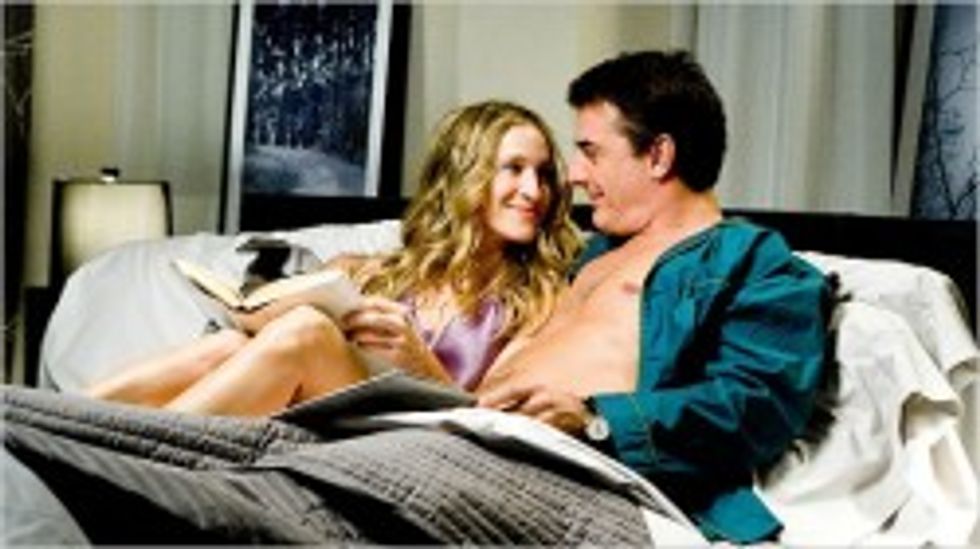 HI THERE. Have you not read anything gross yet today? Would you like to? That is excellent, because there is not a single word of this story that is not THE WORST: two people were arrested for resisting arrest while trying to crash a Romney fundraiser at the East Hamptons manse of Ron Perelman, chairman of Revlon UPDATE: We are informed by a commenter who is ashamed to know this that Ron Perelman was NOT in fact the real-life Carrie's Mr. Big. This makes almost all of this post completely wrong, and even stupider!

Bored reporters have treated this story as the Bourne Identity-level spy caper it so obviously is, since the dudes tried to sail past a police line to get Mr. Big's house. (What, no zipline?)

In a caper that seemed made for the movies, two protesters were arrested Sunday after authorities said they tried to sail across a pond to crash a tony Mitt Romney fundraiser and hit a police boat. [...]

Police said one of the men attempted to flee by swimming to shore; he was arrested on the beach. The other man was taken into custody from the boat.

They were arrested on suspicion of resisting arrest, disorderly conduct and obstructing government administration.

In related news! Are you a police faced with the annoying prospect of wanting real bad to arrest someone for something, but haven't figured out that you might arrest them for, say, crashing into a police boat? That is very sad. Have you considered arresting them for resisting arrest? PROBLEM SOLVED. [LAT]