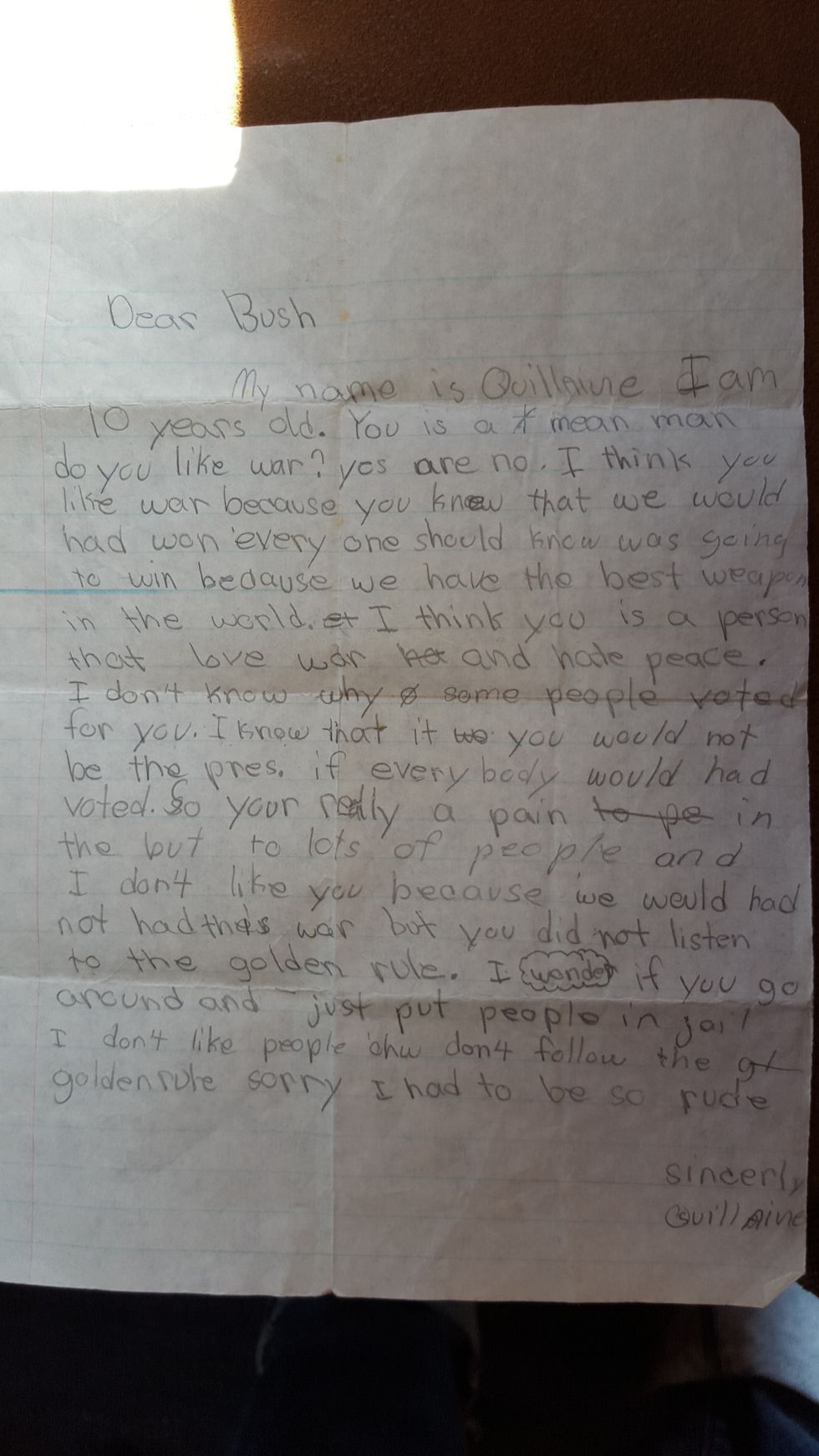 This letter was found in my mother's house outside Tecumseh, Oklahoma. It was written by Quillaine, her fourth-grade student at 61st Street School in South-Central Los Angeles. It is a war crime that it was never sent.

My name is Quillaine I am 10 years old. You is a mean man do you like war? yes are no. I think you like war because you knew that we would had won every one should know was going to win because we have the best weapon in the world. I think you is a person that love war and hate peace. I don't know why some people voted for you. I know that it you would not be the pres. if everybody would had voted. So your really a pain in the but to lots of people and I don't like you because we would had not had this war but you did not listen to the golden rule. I wonder if you go around and just put people in jail I don't like people ohw don't follow the golden rule sorry I had to be so rude

My mother saw Quillaine many years later; she was almost grown up and on her way to the radio station to read her poems.