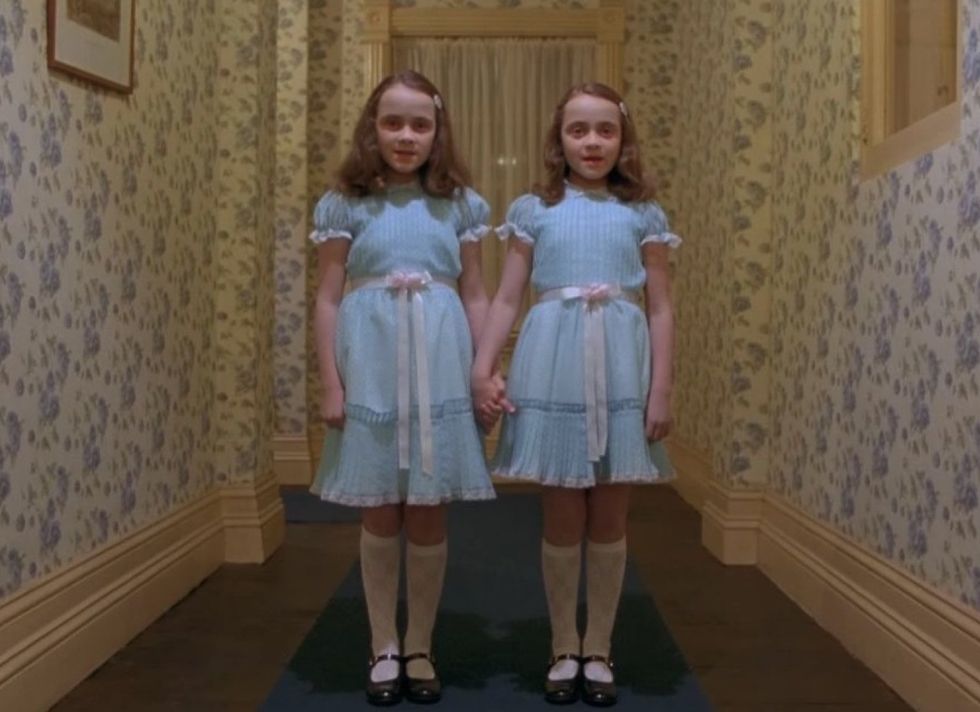 Gay-bashing bigot twins Jason and David Benham have officially become gay reparative therapists, and all it took was the magic of baseball. Taking bets in the comments on which one's the pitcher.

Since their teevee show got yanked, the Übermenschen Benham brothers have been making a killing on the professional victimhood circuit, because if you'll remember they are the first and only people to have their TV show canceled in the history of ever. (Joss Whedon would like a word, boys.) Most recently they appeared at the National Religious Broadcasters convention in Nashville, a wonderful blue city marred by weekly invasions from the marauding bright-red suburbanites. The brothers told the story of how they met an "unidentifed gay man" who gave them some choice words on their whole "we don't think you're a human being who deserves equal rights" dealie:

“We had so many people from the gay community reaching out to us and one man in particular from the city of Chicago reached out — and he said things to me that made me lose my appetite,” David Benham told the crowd during a panel discussion about religious liberty.

Honey, you lost your appetite from the butterflies in your tummy. Once a boy gives you your first kiss it gets so much easier.

Also too, how are the Benhams in any way connected to religious liberty? The network pulled out before their show even aired, and it had nothing to do with the fact that they were Christian; it had everything to do with their gay-bashing views being toxic to controversy-phobic sponsorship dollars. If there were a media-wide bias against Christians then Oprah would still be a struggling reporter at Nashville's WLAC covering mindless puff pieces like, well, the Benham brothers.

Regardless, the Benhams told the assembled crowd of credulous cretins how they eventually convinced said gay man to leave the homosexual lifestyle by just being so gosh darn nice.

“After a little conversation back and forth, I found out he loved baseball … and I got him tickets to a Cubs game,” Benham continued. “He shot me a Facebook post and said, ‘I was not expecting that — and I’ve been thinking a lot about this. I’ve chosen to walk away from my lifestyle.’”

First, we're pretty sure watching sweaty athletes in skin-tight polyester was what turned this dude gay to begin with.

Second, this story sounds completely true, you guys. This was totally a real gay man who totally did that, what with using words like "walk away from my lifestyle," which is absolutely language that gay people use, all the time and unprompted. We bet he did it with help from that upstanding US Marine, loving father, and lifelong rifle enthusiast who punched out the atheist Ivy-league professor who said God was dead. Look for this inspirational story and more in your great aunt Millie's next email chain.

The twins previously told TheBlaze that they not only showered their critics with dinner invites, but that they also sent fruit baskets to the executives at HGTV after their show was canceled.

Ugh. That really is some great aunt Millie bullshit. You know how she showed up at your cousin's wedding, pitched a fit about how the bride's dress had bare shoulders, then after being asked to leave she sent a bouquet to the couple telling them she was so sorry about how they acted but she's willing to forgive them because she's just like that? That is what it's like sending fruit baskets to the people who canceled your contract. It's a crass attempt to make them look like the bad guy even though you were the dudes who lost them a metric ton of money.

Even if their teevee dreams fizzled, it seems the Benhams have discovered their true calling as miracle gay conversion therapists: A success story of 1 is better than the entire ex-gay movement put together. Get them on the horn with Peter LaBarbera. Lord only knows it's been his fantasy to get deep in prayer with two hunky blond twins.

[The Blaze via Towleroad]